German painter a. graphic artist. A. studied with F. Keller at the academie in Karlsruhe. In 1883 he made his first journey to Italy, where he later lived. A. became best known for his graphic cycles, showing the citizens of Hamburg a. Berlin as well as his own travels around the world. A well sought after portraitist in his time, he is most regarded for his brilliant drawings. Mus.: Hamburg (Kunsthalle, Altonaer Museum), Kiel, Berlin (Nat.-Gal.) Innsbruck, a. others Lit.: Saur, Thieme-Becker, Der Neue Rump a. others 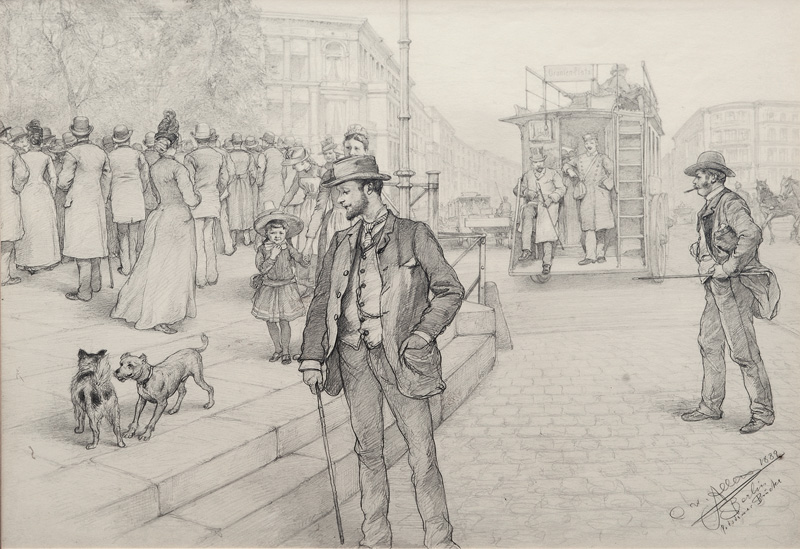 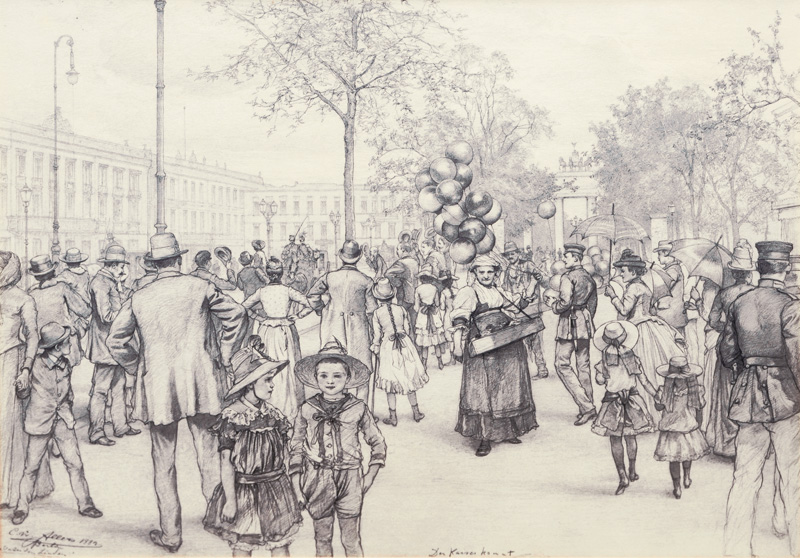 Stop at the Brandenburger Tor 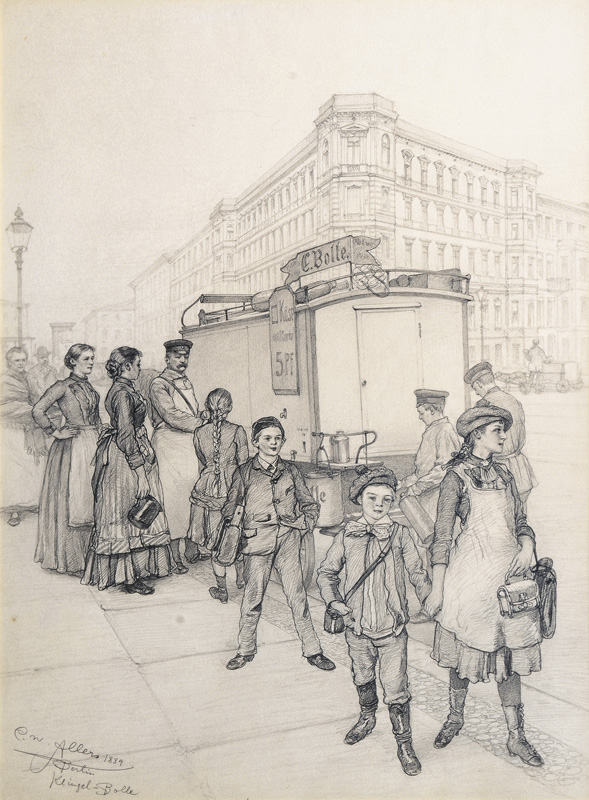 The Gate Bab en-Nasr in Cairo

At the Rousseau Island At the Lion Statue in the Thiergarten 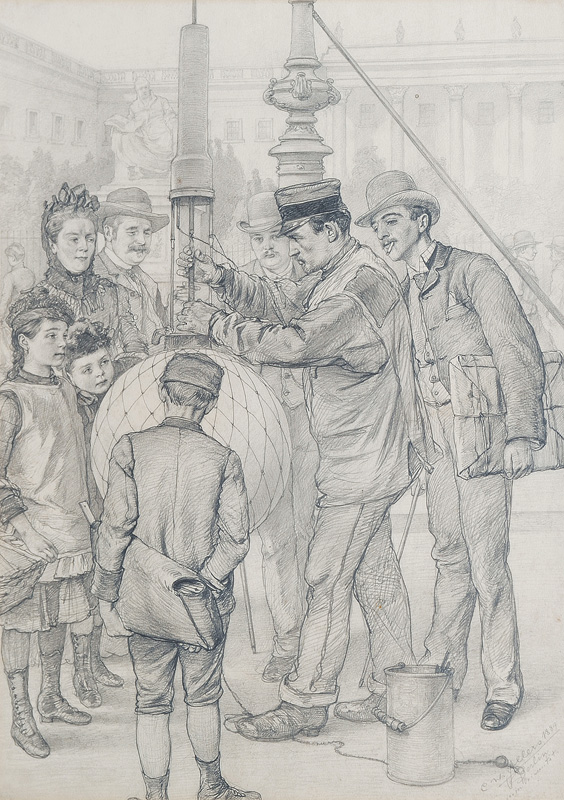 In Front of the University 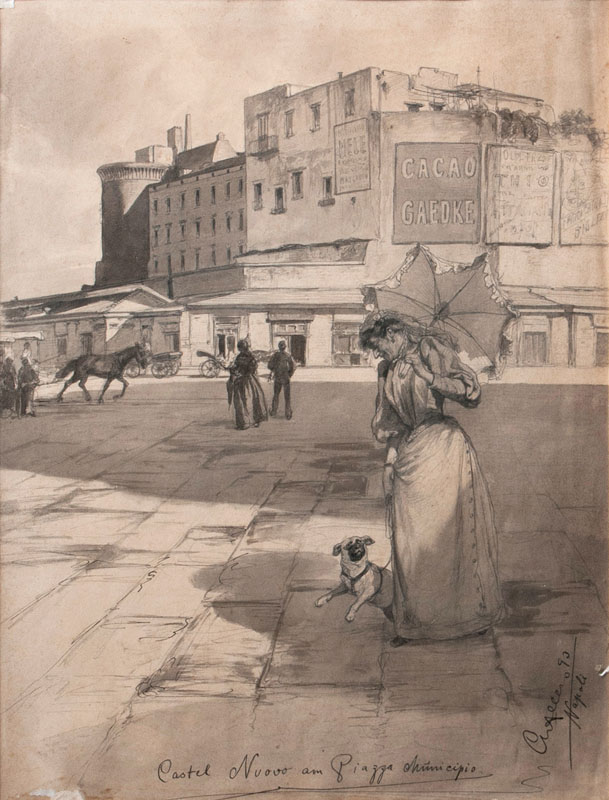 Castel Nuovo at the Piazza Municipio Sketch for the Title of 'La bella Napoli' In the Foyer of the Reichstag A scene from Molière 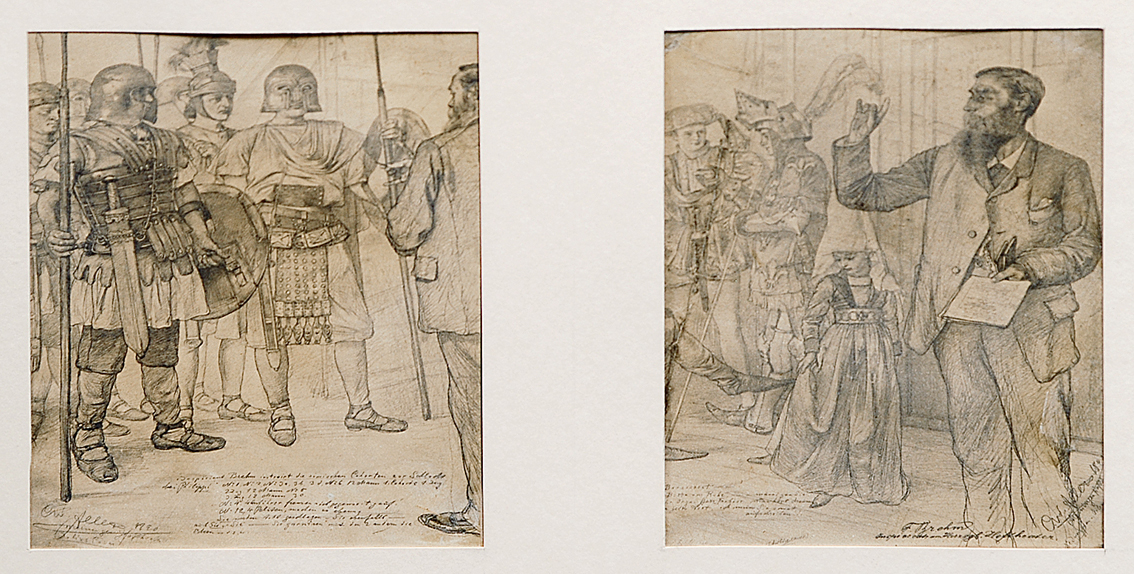 F. Brehm and the actors Man with a Ladder In the Central Market Hall