Landscapist and painter of townscapes. H. had a commercial education and sailed the seas before turning to painting since 1928, mostly self-taught. He was very successul and received many honours, among them the Dürer prize of the town of Nuremberg in 1943, the Ernst Reuter prize in Berlin in 1959 and the Edwin Scharff prize in Hamburg in 1960. H. was the first Hamburg painter to be showcased in a New York gallery after the war in 1954. In 1974 he was made professor. Mus.: Hamburg (Kunsthalle, Altonaer Museum a. others). Lit.: Vollmer, Der Neue Rump, Heydorn a. others. 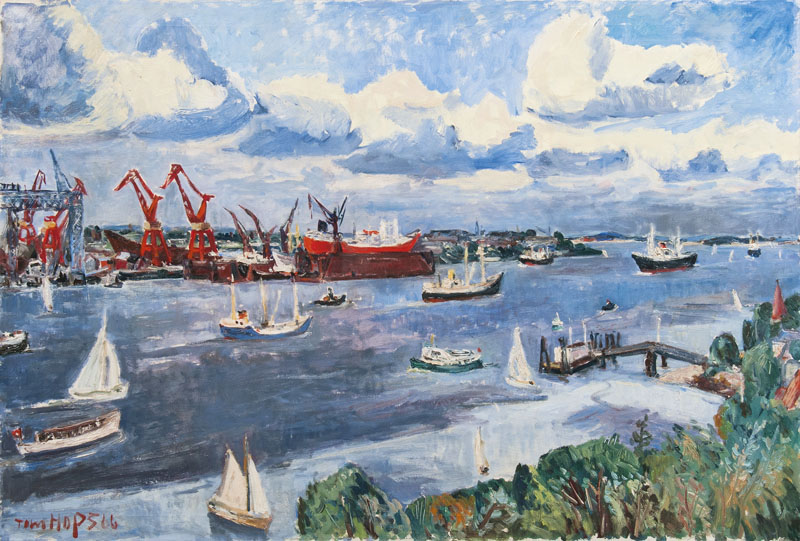 Ships on the Elbe 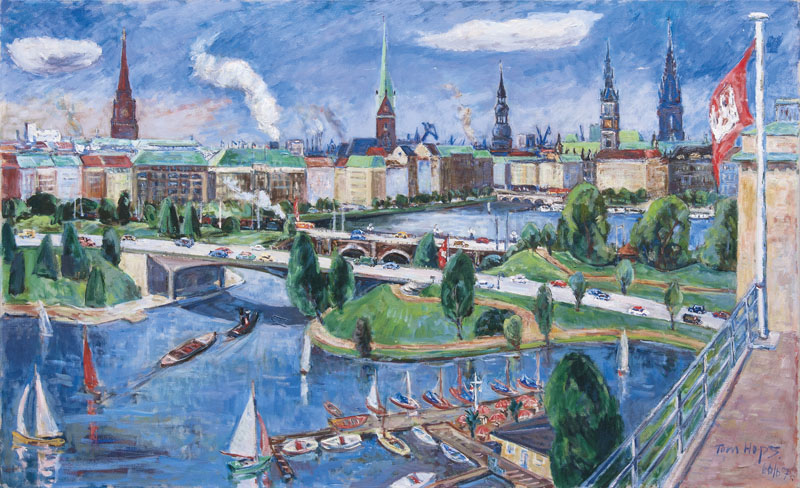 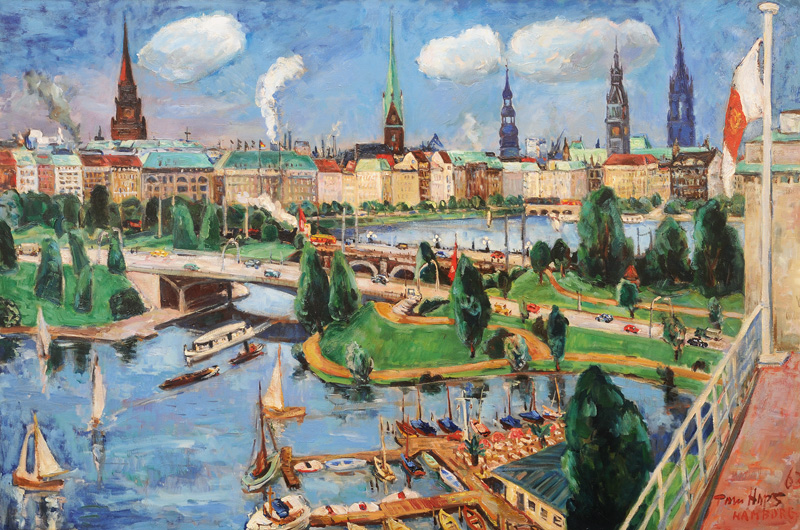 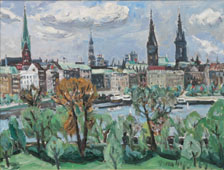 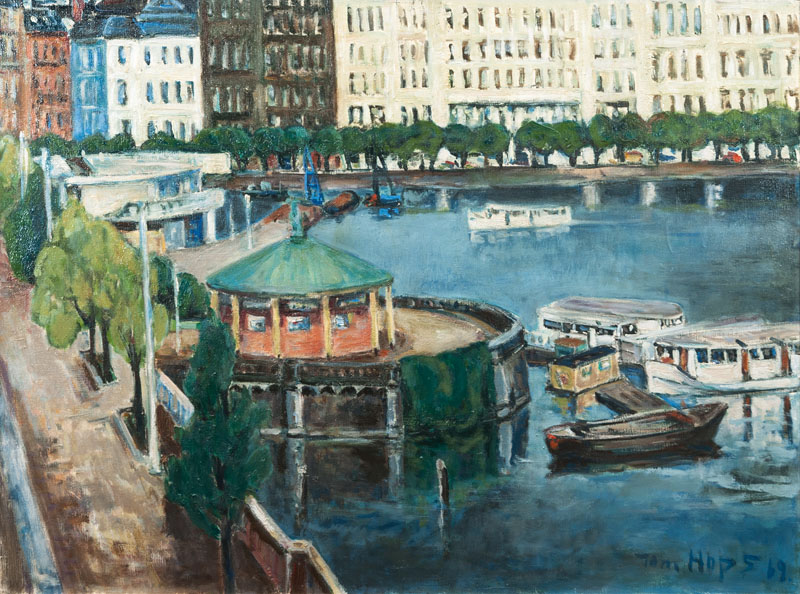 View over the Inner Alster in Hamburg 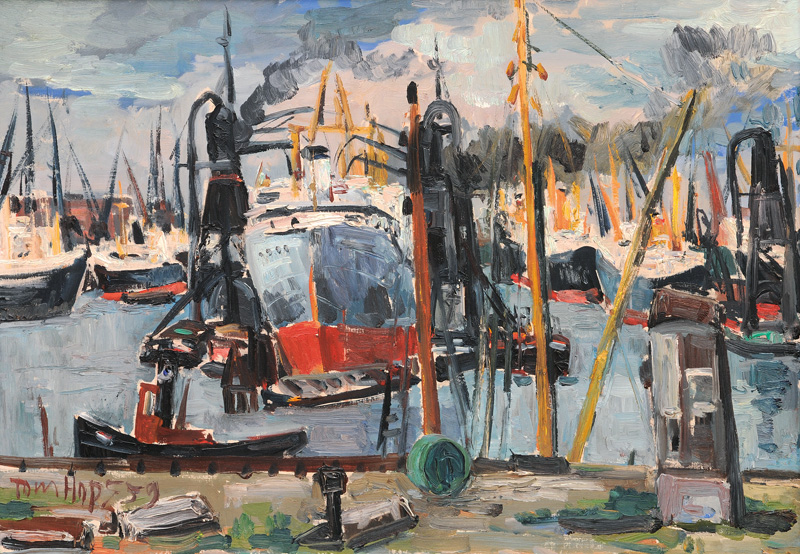 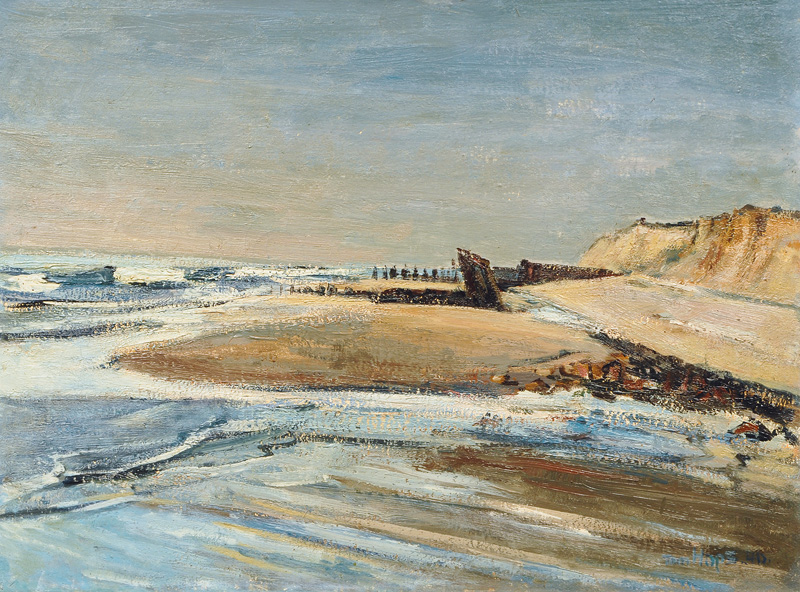 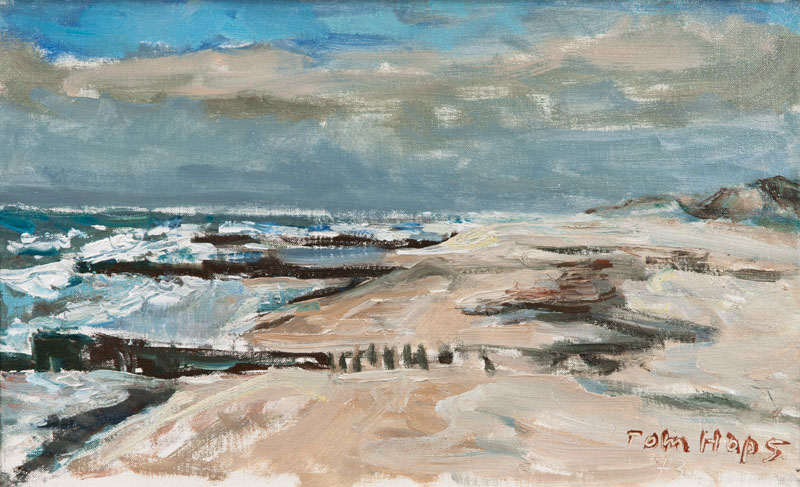 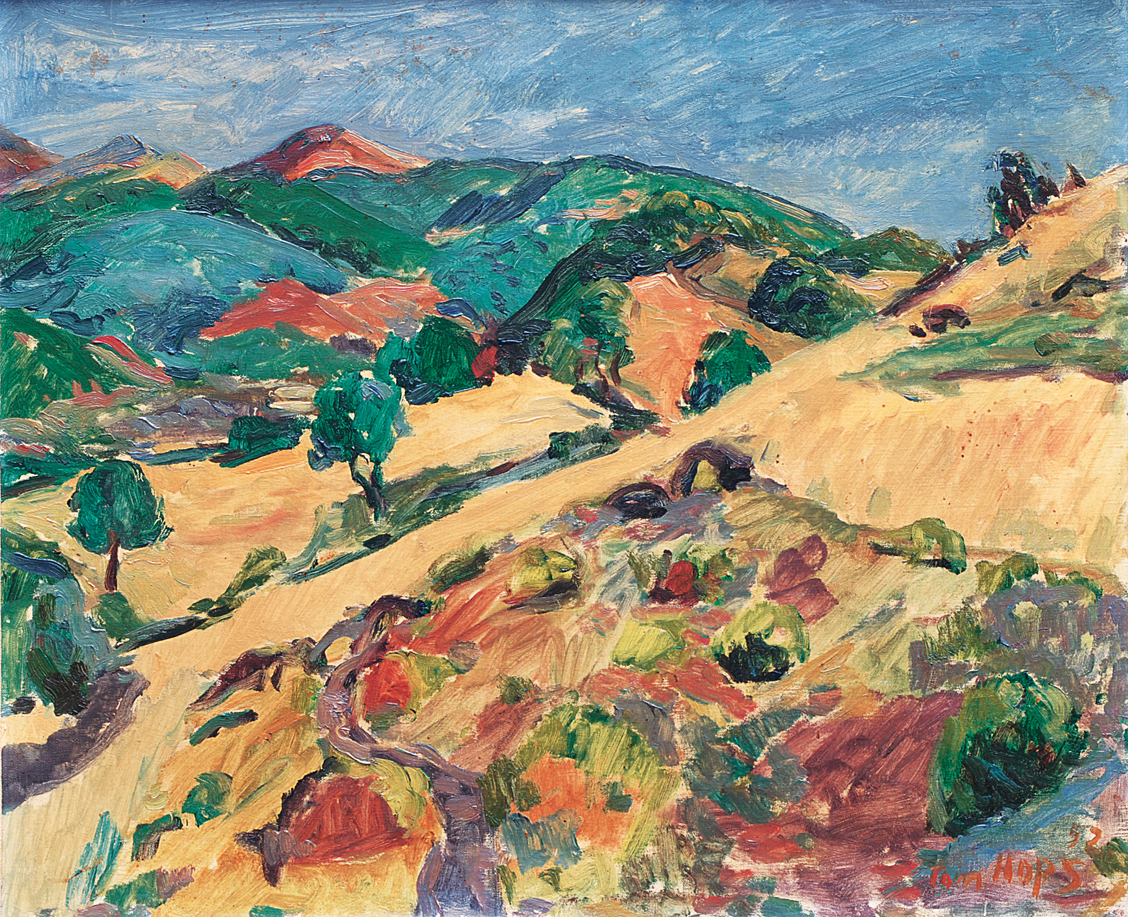 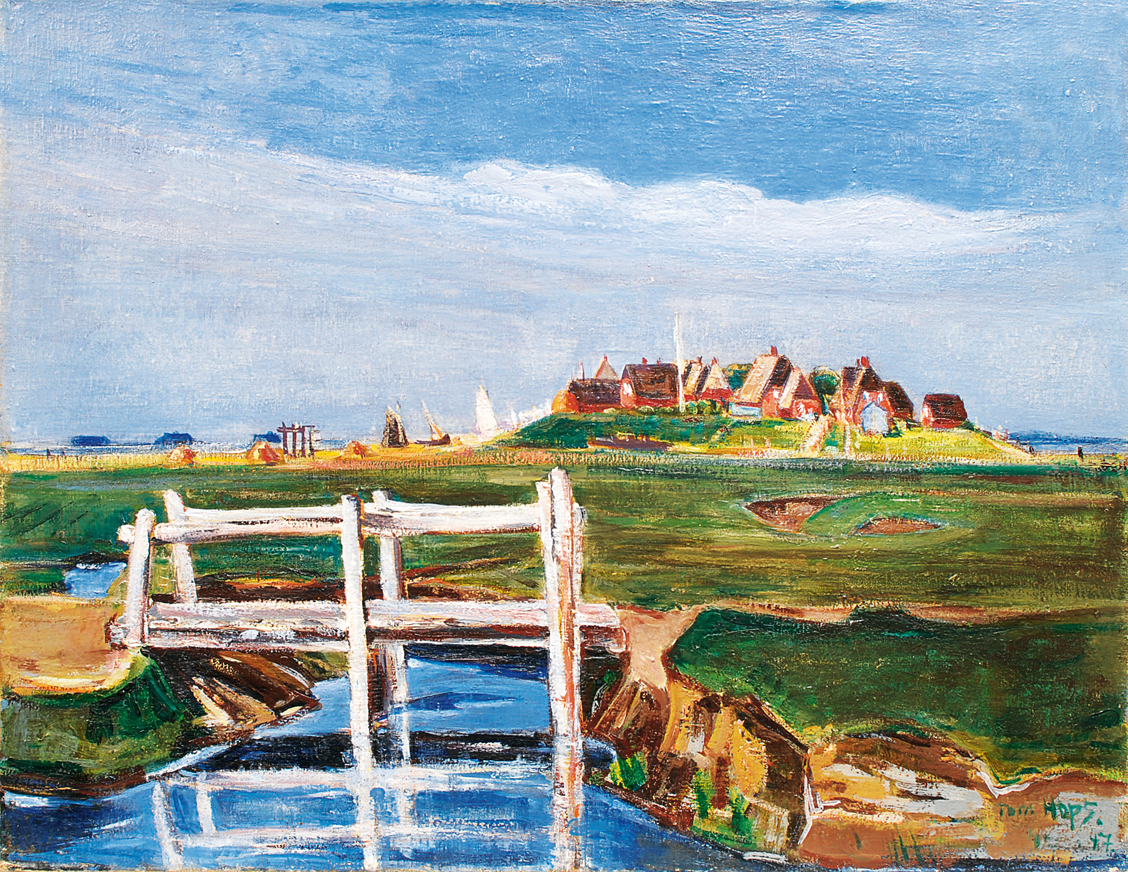 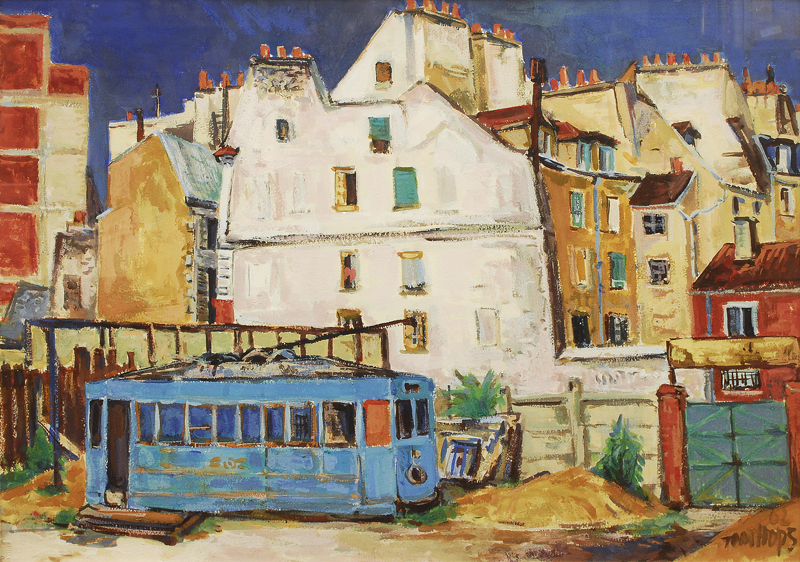 "A view on the 'Red Cliff' near Kampen/Sylt" 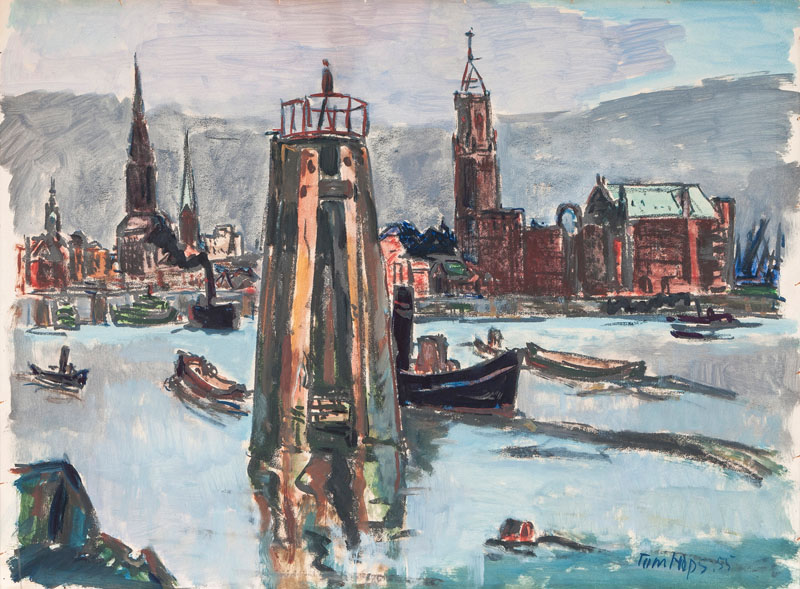 "A village in Brittany" (Bretagne) 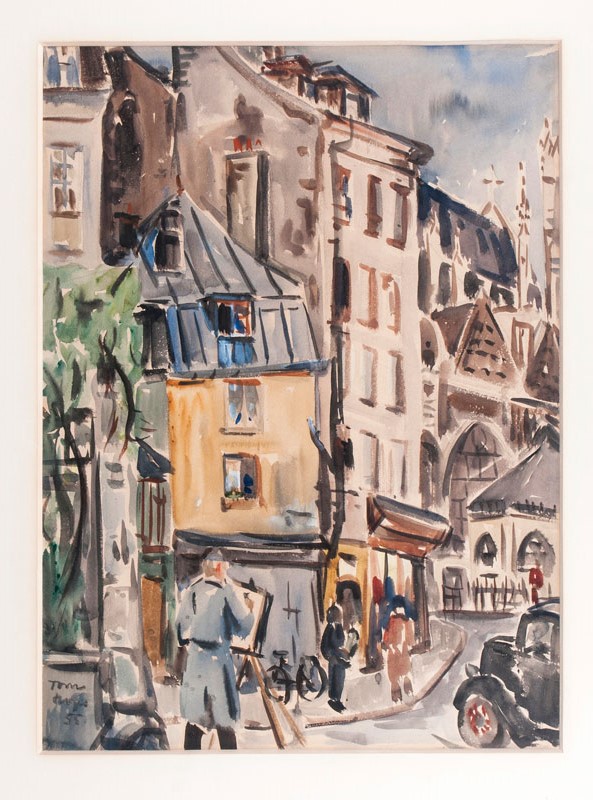 A Painter in Paris 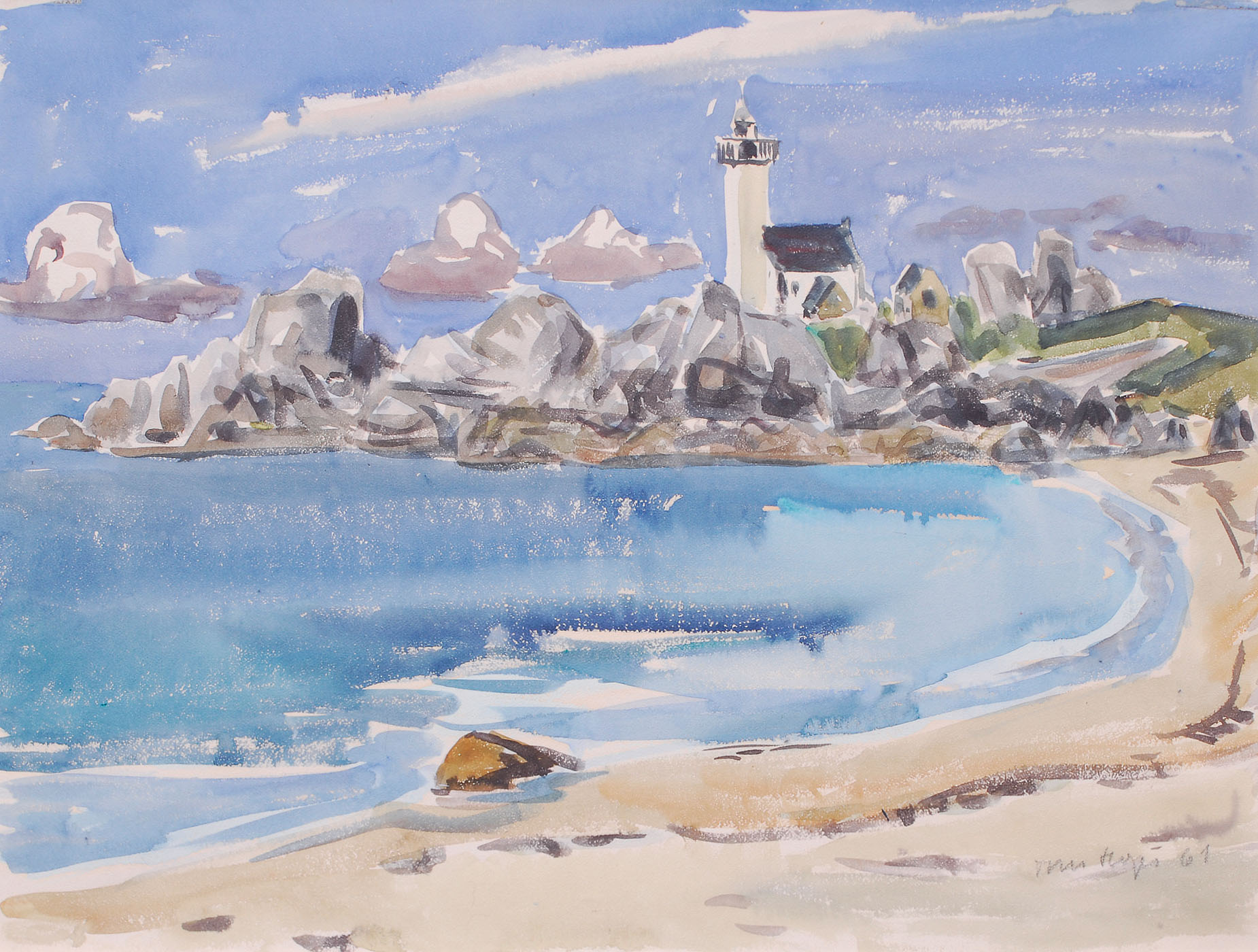 Kampen on the island Sylt 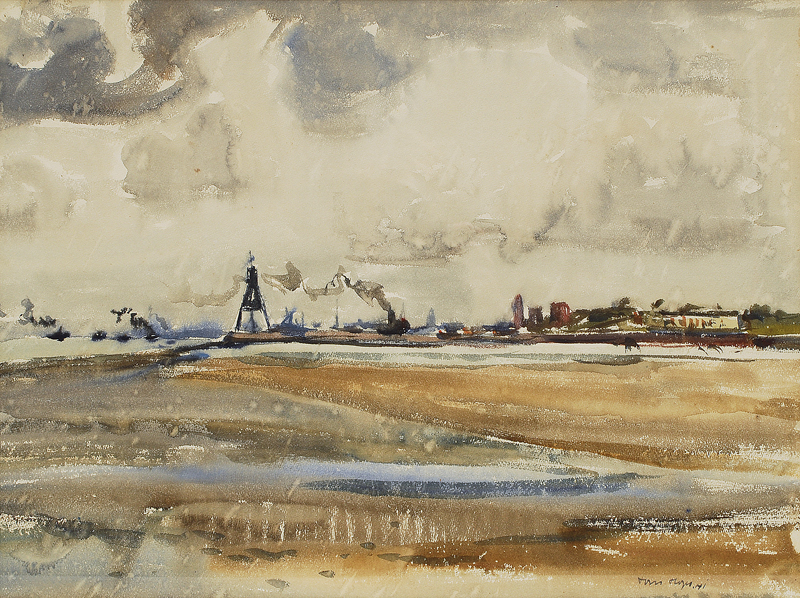 View of a hilly landscape

The harbour in Hamburg 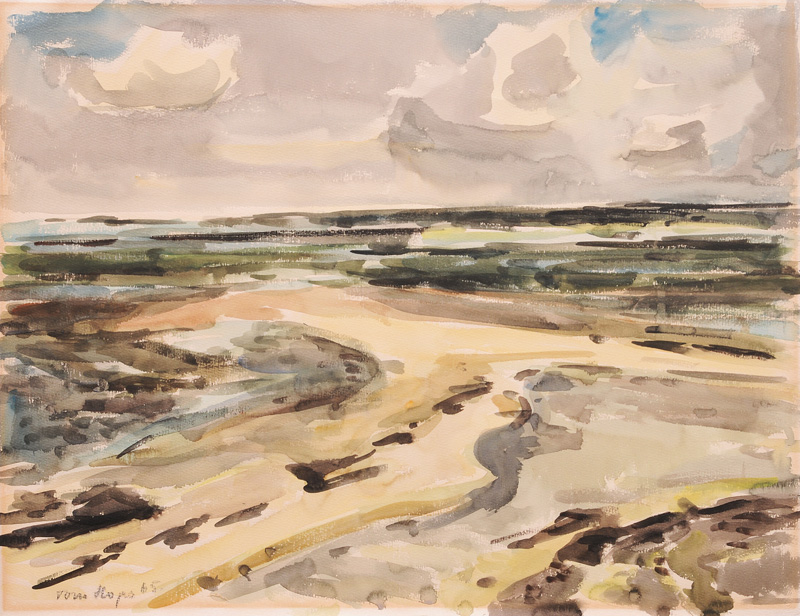 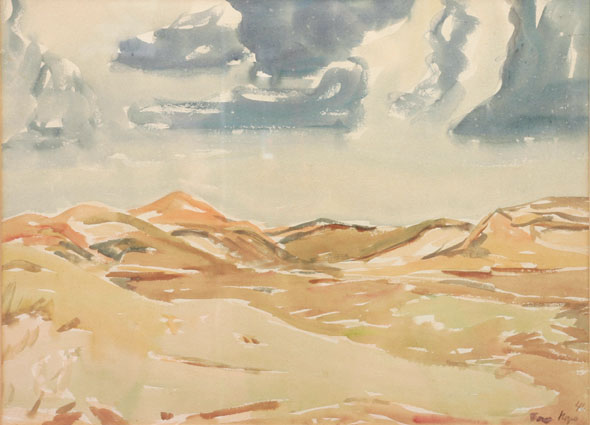 "A dune landscape on Sylt" 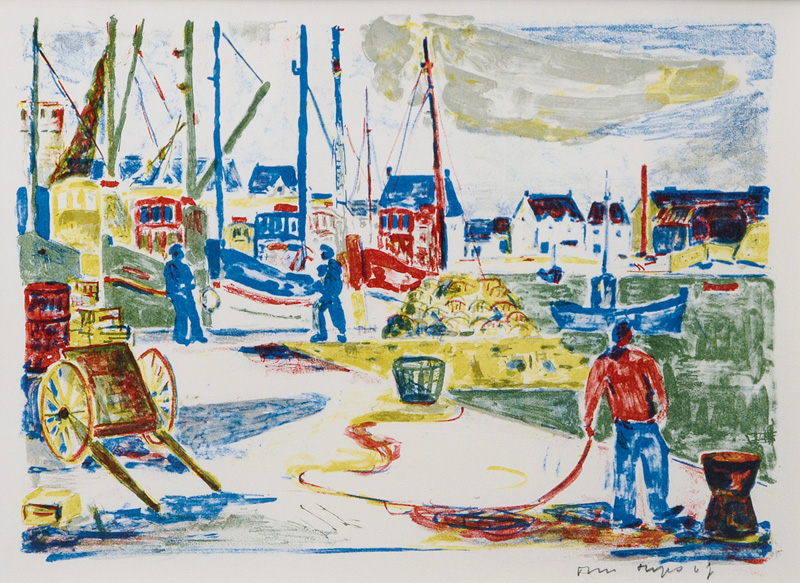 A man with a hat

Sailing Boats at the Pier 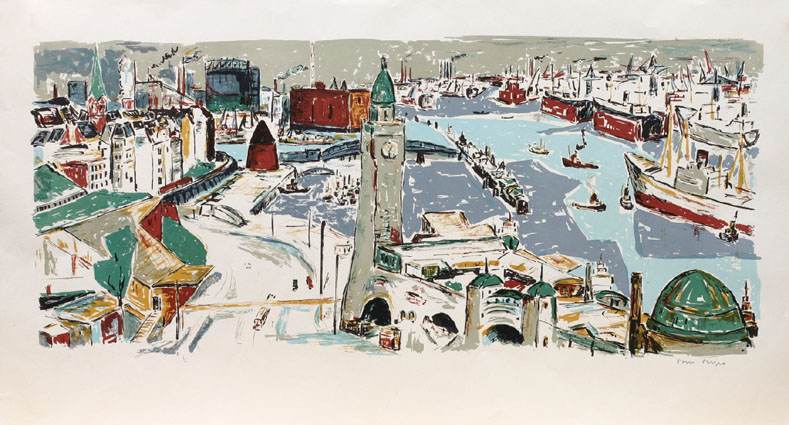 "A large prospect of the harbour of Hamburg"