H. was the most important German landscape painter of the 18th cent. a. one of the most prominent exponents of European classicism. After being trained by his father he studied at the Berlin academy since 1758. Soon he received commissions by the local aristocracy. Three years later he went to Italy a. developed into one of the leading European landscape painters. In 1786 he became painter to the court of Ferdinand IV, king of Naples. Goethe was in Naples the same year a. was given drawing lessons by H. The painter moved to the environments of Florence in 1803. His heroic a. at the same time topographically exact paintings are among the best achievements of classicist art. Mus.: Berlin (Nat. Gall., Kupferstichkabinett), St. Petersburg (Peterhof palace), Naples (Capodimonte), Rome (Nat. Gall.), Hamburg (Kunsthalle), Dresden, Frankfurt/M., Weimar, Zurich, Glasgow a. others. Lit.: Boetticher, Thieme-Becker, Bénézit, Nordhoff/Reimer 'J.P.H. 1737-1807. Verz. seiner Werke' (1994) a. others. 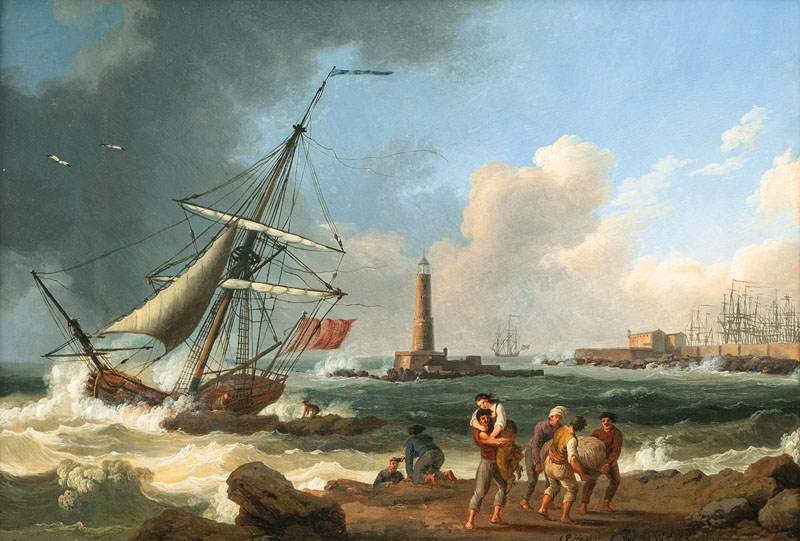 Storm in the Port of Livorno 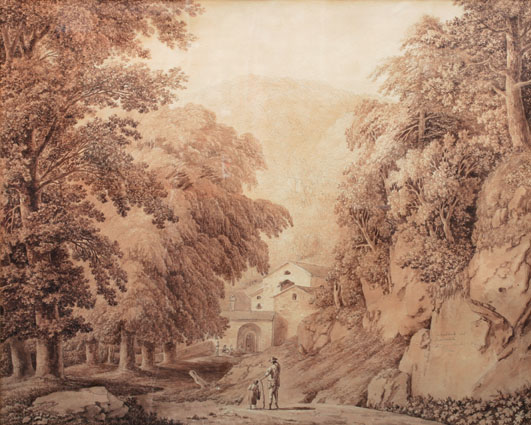 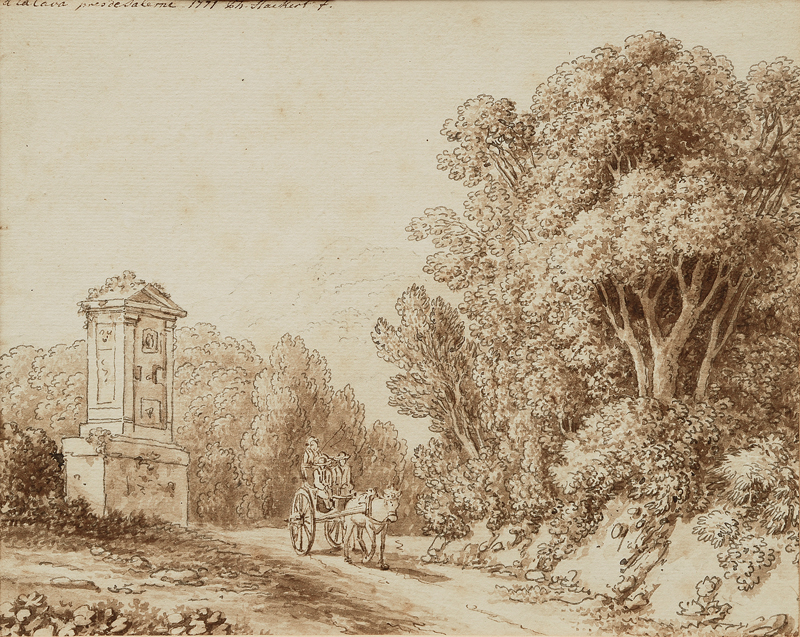 A horse cart near Salerno 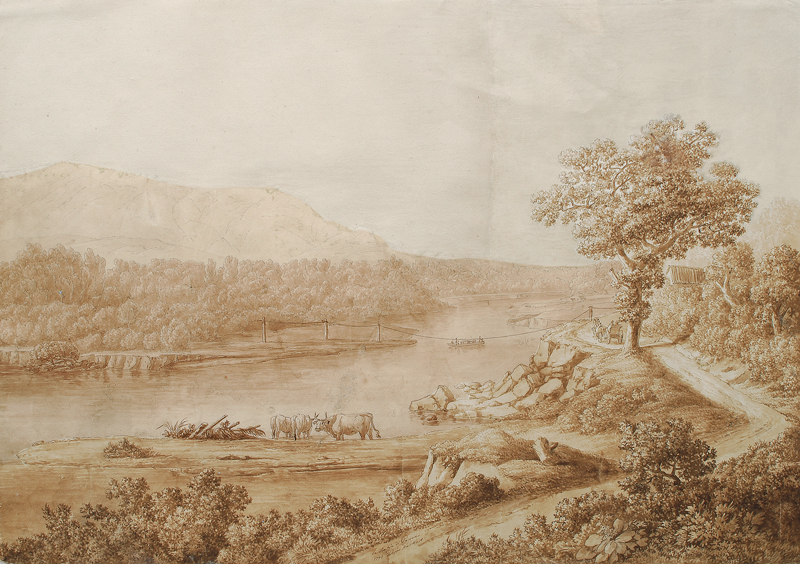 Landscape in Campania near Persano

You would like to buy a work by Jakob Philipp Hackert?

You would like to sell a work by Jakob Philipp Hackert?