Landscape and marine painter. P. began studying in Berlin under K. Gussow; in 1878 he exhibited for the first time at the academy. Until 1883 he continued his studies at the Düsseldorf academy under E. Dücker. he travelled extensively, but often returned to the Ekensund artist's colony near Flensburg. Mus.: Düsseldorf, Rostock. Lit.: Thieme-Becker, Bénézit, U. Schulte-Wülwer: H. P.-A., 1993. 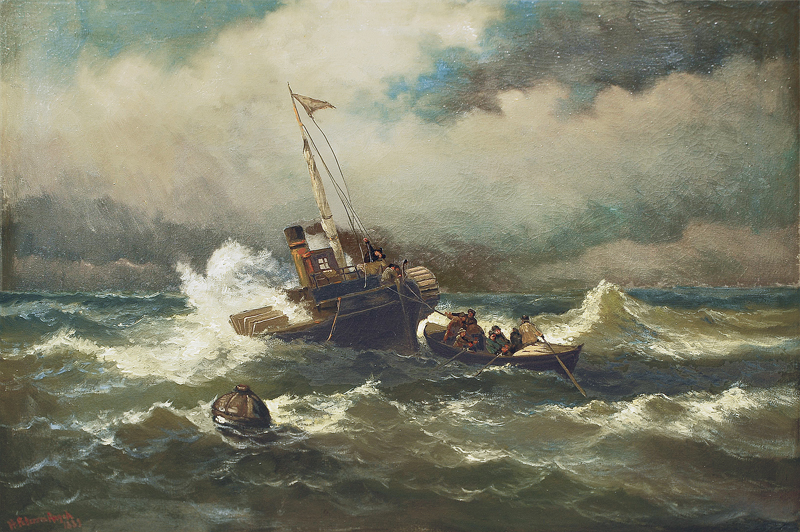 Paddle steamer in the stormy sea 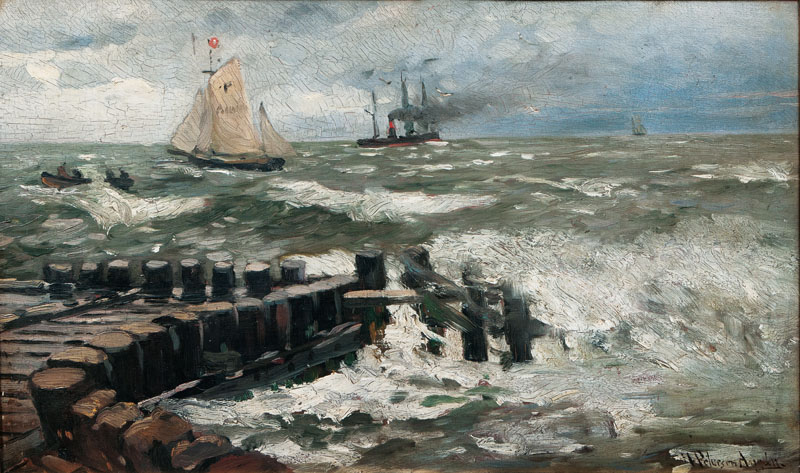 Surge at the Pier

You would like to buy a work by Heinrich Petersen-Angeln?

You would like to sell a work by Heinrich Petersen-Angeln?