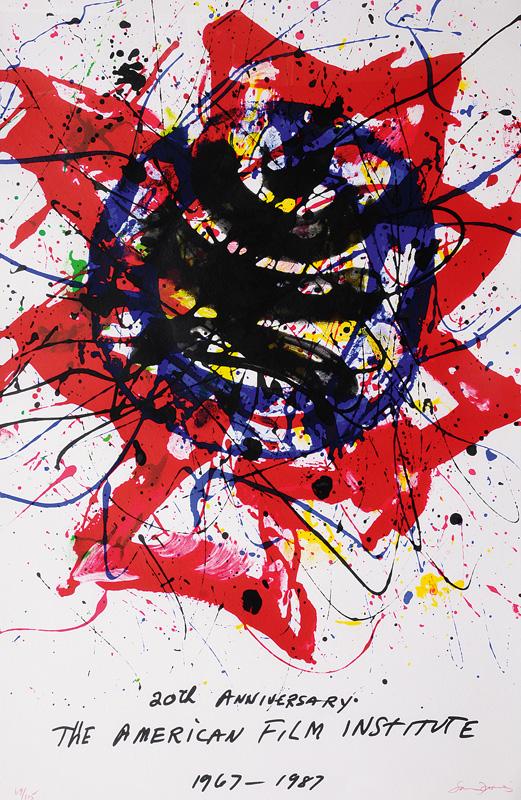 1987, lithograph in colours, 86 x 55 cm, lo. ri. autographed Sam Francis, lo. le. num. 69/115, framed under glass, uninspected out of frame. - US-american painter a. graphic artist, important exponent of abstract expressionism, began studying natural sciences a. served the army, because of a long-lasting injury he started painting which he studied at Berkeley 1948-50, thereafter he moved to Paris, he exhibited among others at the Documenta as well as at the Venice a. Sao Paolo Biennales. - Mus.: New York (MoMA), London (Tate Gall.), Ottawa a. others - Lit.: Vollmer a. others.