German landscape a. architecture painter, one of the main exponents of the Berlin school. K. was taught painting by H. Eschke, C. Steffeck a. G. Biermann. He travelled extensively in Europe before going repeatedly to Egypt, Palestine a. Konstantinopel since 1873. He specialized in oriental subjects, mainly from Egypt which were among his greatest successes. His art is unsurpassed in depicting the most subtle differences of weather a. mood. In 1894 he became professor in Berlin. He won many important prizes in exhibitions all over the world. Mus.: Königsberg, Breslau, Stettin, Birmingham, Oran, New York a. others. Lit.: Boetticher, Thieme-Becker, Vollmer a. others. 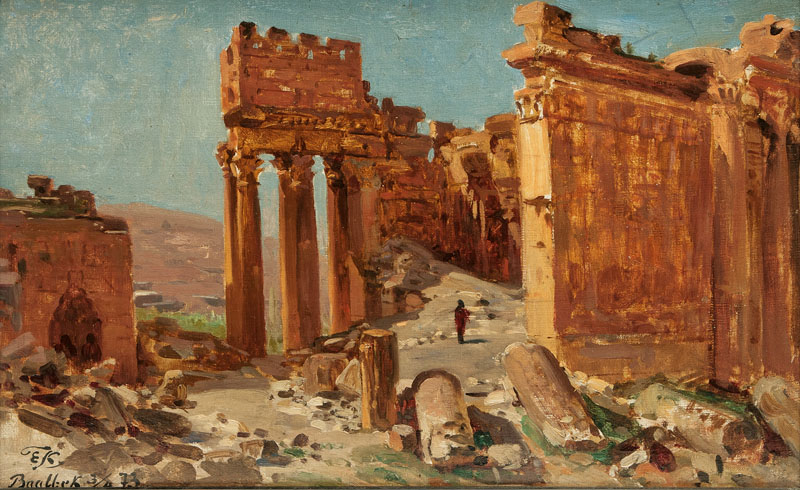 Temple of the Sun in Baalbek in Lebanon

You would like to buy a work by Ernst Koerner?

You would like to sell a work by Ernst Koerner?