German landscape and marine painter. E. studied 1841-45 at the Berlin academy under W. Herbig. He continued his studies in Paris under E. Poittevin and in Berlin under the marine painter W. Krause. After travelling extensively he established his own studio in Berlin. In 1881 he became professor. Among his pupils were Walter Moras, Carl Saltzmann and Louis Douzette. Mus.: Berlin (Nat. Gall.), Schwerin, Riga, Oldenburg a. others. Lit.: Thieme-Becker a. others. 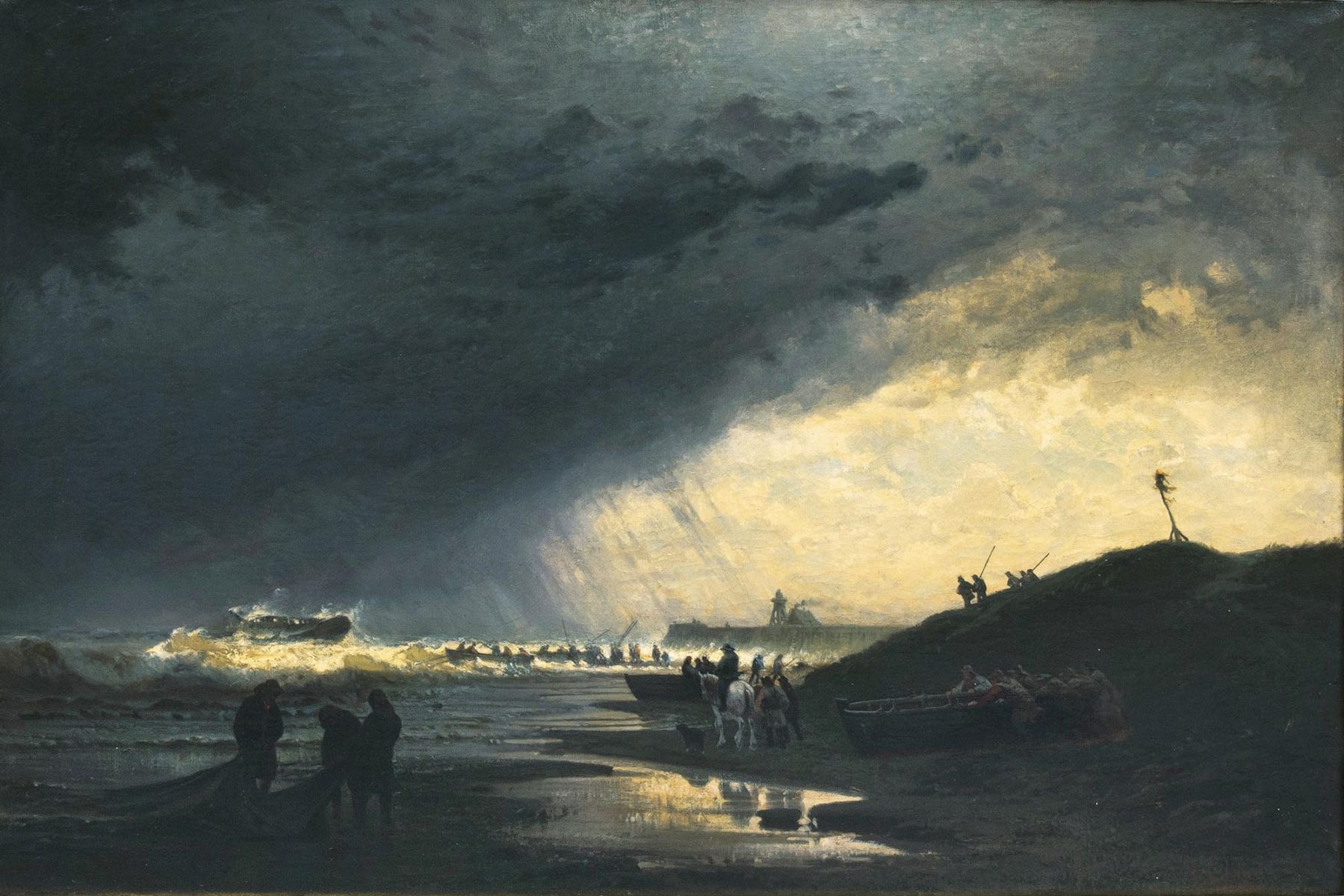 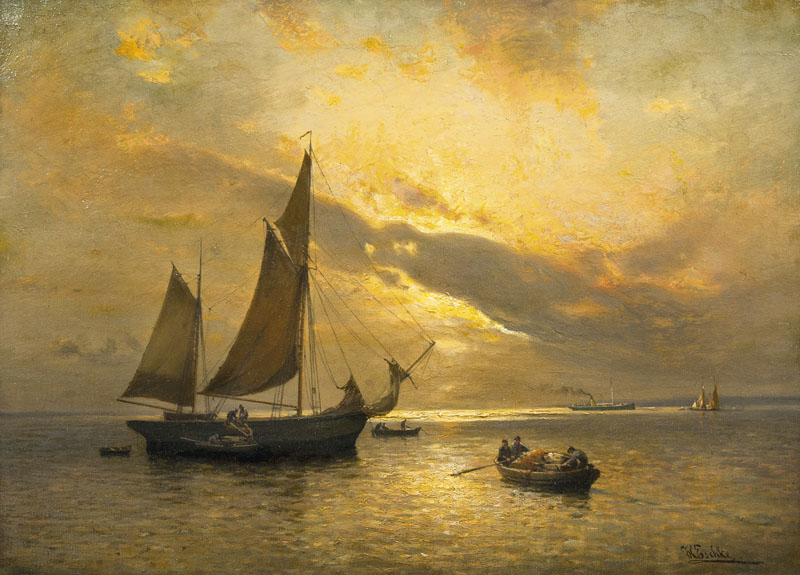 You would like to buy a work by Hermann Eschke?

You would like to sell a work by Hermann Eschke?