German painter a. graphic artist, studied 1939-41 at the Munich academy a. at the Doerner Institut, after the war he turned to cubism but soon developed an own style that secured him many commissions, until 1957 he was dean of the 'Neue Darmstädter Sezession', in 1980 he accepted a professorship at the Mainz university, in 1990/91 he won the Villa Massimo award. Mus.: Celle, Altea. 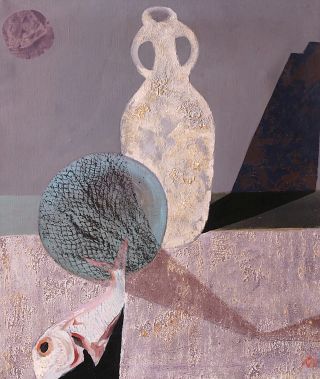 You would like to buy a work by Eberhard Schlotter?

You would like to sell a work by Eberhard Schlotter?