German landscape painter. L. was pupil of H. Adam a. J. Lange, a. greatly influenced by C. Rottmann. He initially worked in the environs of Munich. In the 1840s a. 1850s he travelled Italy, Istria, North Africa a. the Middle East. He settled in Dresden, later in Berlin where he got many commissions - partly by the court - for paintings with Southern landscapes. Mus.: Berlin (Nat. Gall.), Munich (Neue Pinakothek), Stuttgart a. others. Lit.: Boetticher, Thieme-Becker, Bénézit. 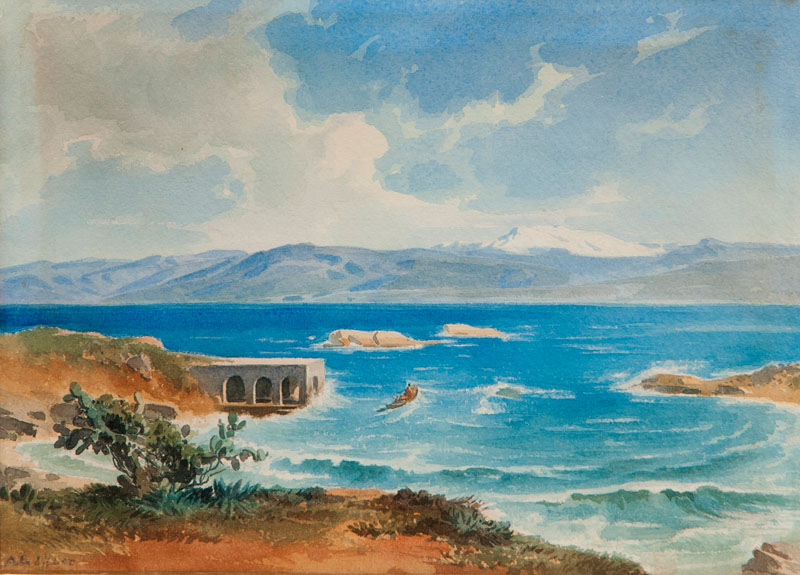 You would like to buy a work by August Löffler?

You would like to sell a work by August Löffler?