German landscape painter, one of the best naturalist painters of his time. He studied at the Berlin academy under M. Koner a. E. Bracht until 1893. Thereafter he settled in Munich where he joined the secession in 1894 a. was made professor in 1912. He exhibited not only with the Munich secession a. at the Glaspalast, but also in Dresden, Düsseldorf, Berlin, the USA a. Argentinia. Mus.: München (Neue Pinakothek), Venedig, Prag, Leipzig, Magdeburg a. others. Lit.: Thieme-Becker, Vollmer, Bénézit a. others.

The Manor House of Tangstedt 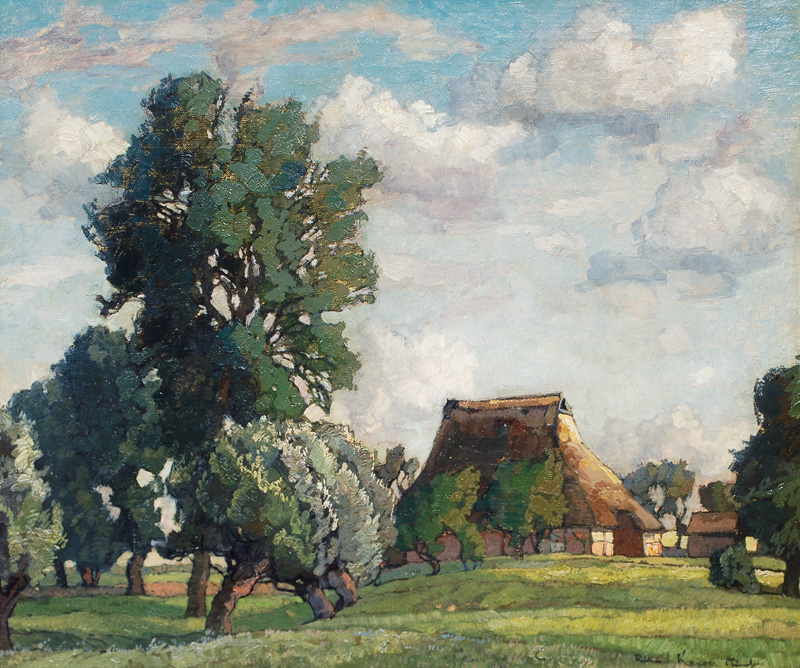 You would like to buy a work by Richard Kaiser?

You would like to sell a work by Richard Kaiser?