German marine and landscape painter. D. studied since 1884 at the Munich academy under G. von Hackl and A. von Liezen-Mayer. 1887/88 he travelled Italy, in 1891 he painted for an exhibition in London a 150 m panoramic view of Heidelberg, on invitation of A. Ballin he cruised repeatedly on Hapag ships, he joined the Kaiserlicher Yacht Club in Kiel, numerous exhibitions and awards. Mus.: Bremen (Dt. Schiffahrtsmus.), Munich (Deutsches Mus.), Luzern. Lit.: AKL, Thieme-Becker, Vollmer. 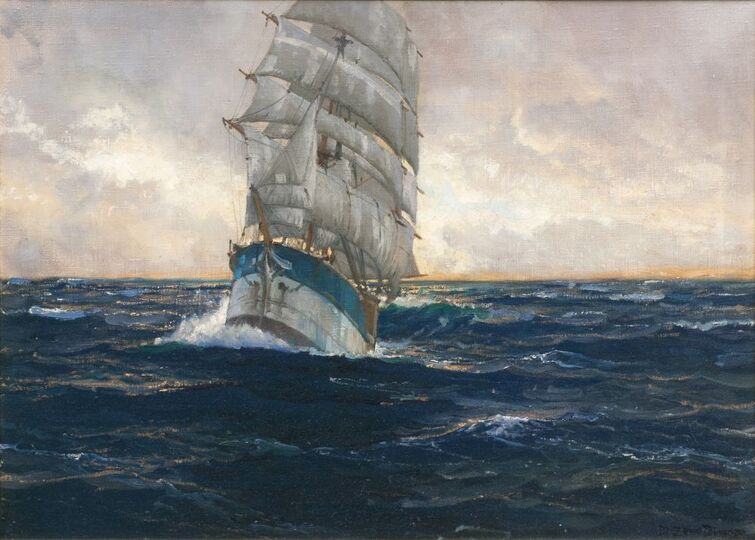 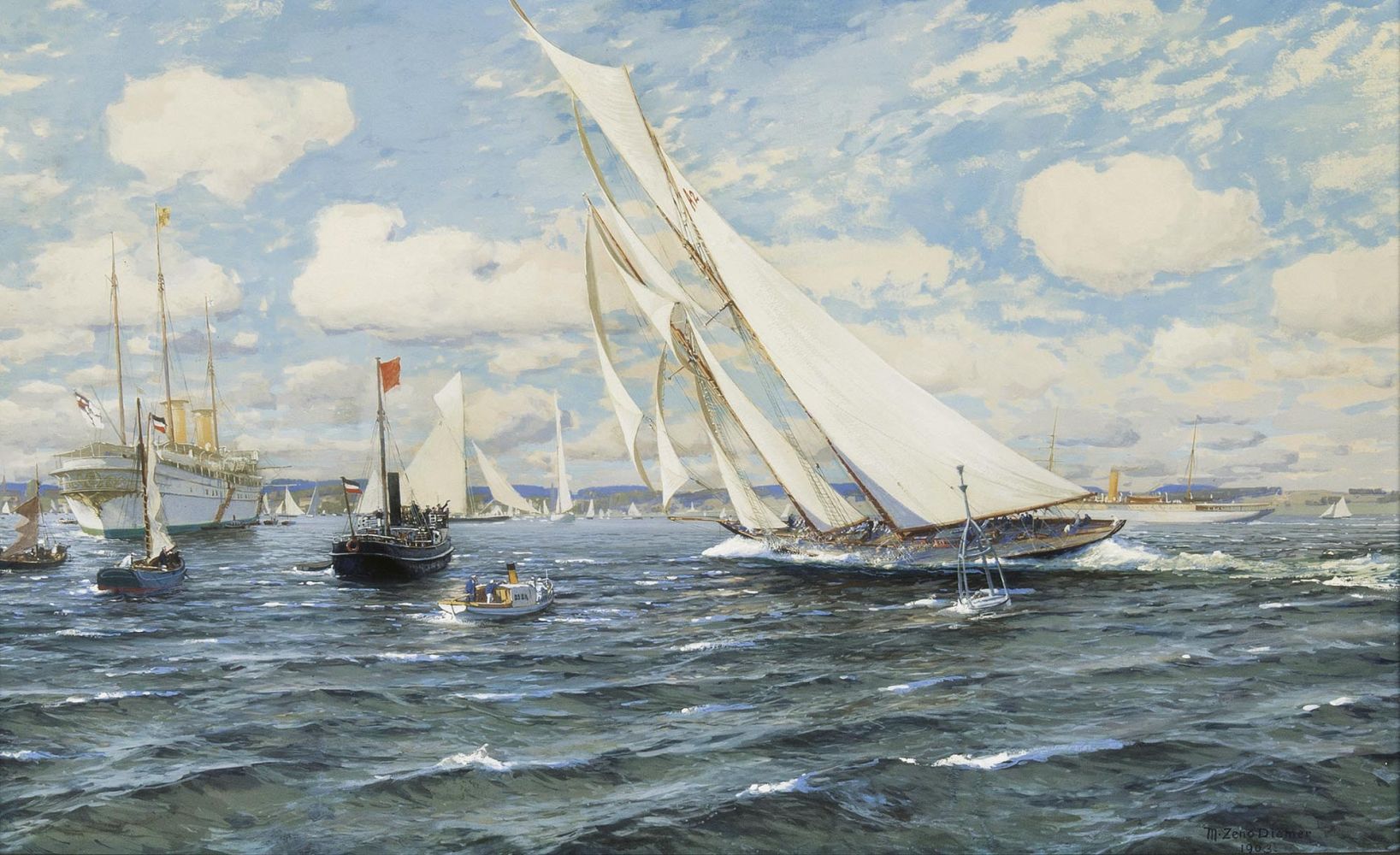 The Finish of 'Hamburg' at the Kieler Woche in Eckernförde 1903 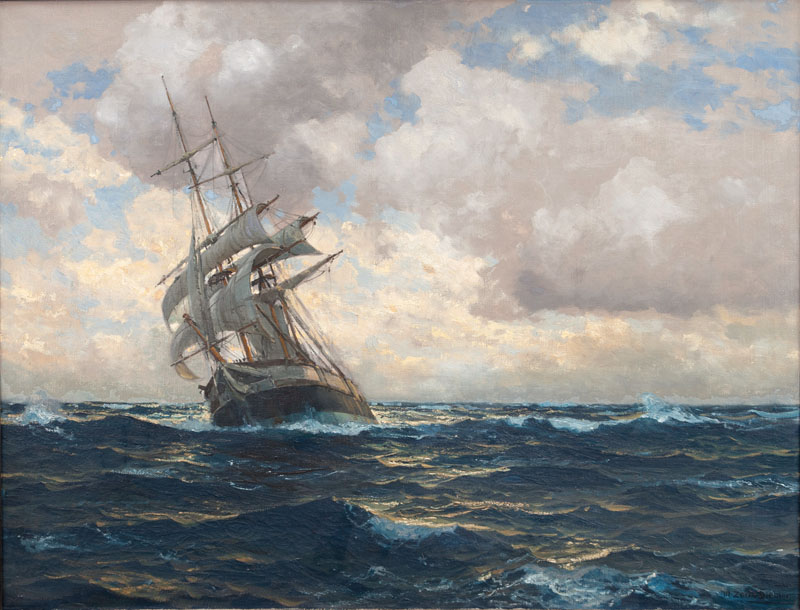 You would like to buy a work by Michael Zeno Diemer?

You would like to sell a work by Michael Zeno Diemer?