Ukrainian-Yugoslavian painter. K. began his training in 1897 at the Odessa academy, thereafter he studied 1903-09 at the St. Petersburg academy. There he was co-founder of the artist's groups 'Commune of Artists' a. the 'Kuindzhi Society'; he also exhibited repeatedly with the 'Peredvishniki' the leading realist artist's group in Russia. K. worked in Odessa until 1920 when he emigrated to Serbia. Lit.: Bown. 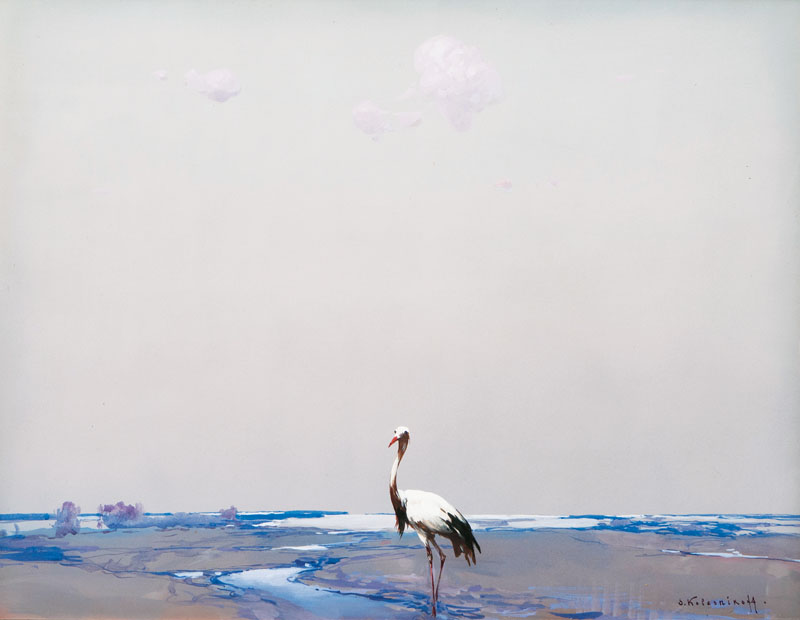 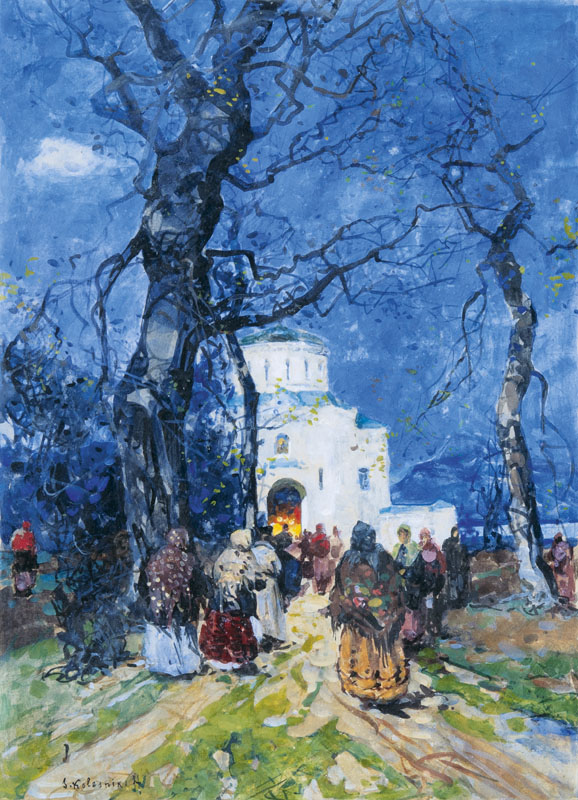 Going to Church in Early Spring

You would like to buy a work by Stepan Fedorovic Kolesnikov?

You would like to sell a work by Stepan Fedorovic Kolesnikov?