Austrian landscape painter. H. was pupil of J. Mößmer at the Vienna academy. Since an exhibition in 1838 he was patronized by archduke Franz Karl; the imperial family bought many of his paintings. One year later H. was awarded a gold medal. In 1848 he became member of the Vienna academy. He travelled Austria extensively a. specialized in Alpine landscapes. He was also exhibited in Berlin, Brussels, Munich a. London. Mus.: Vienna, Prague a. others. Lit.: Boetticher, Thieme-Becker, Bénézit. 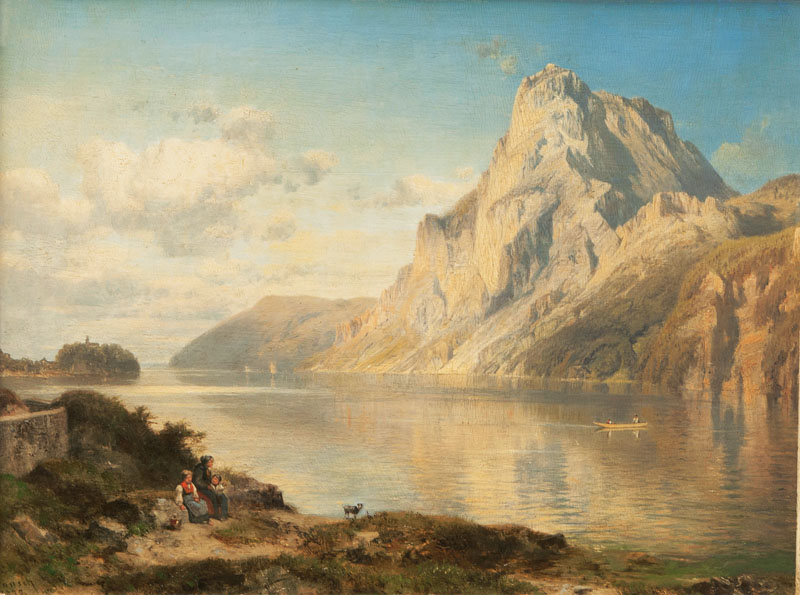 You would like to buy a work by Anton Hansch?

You would like to sell a work by Anton Hansch?