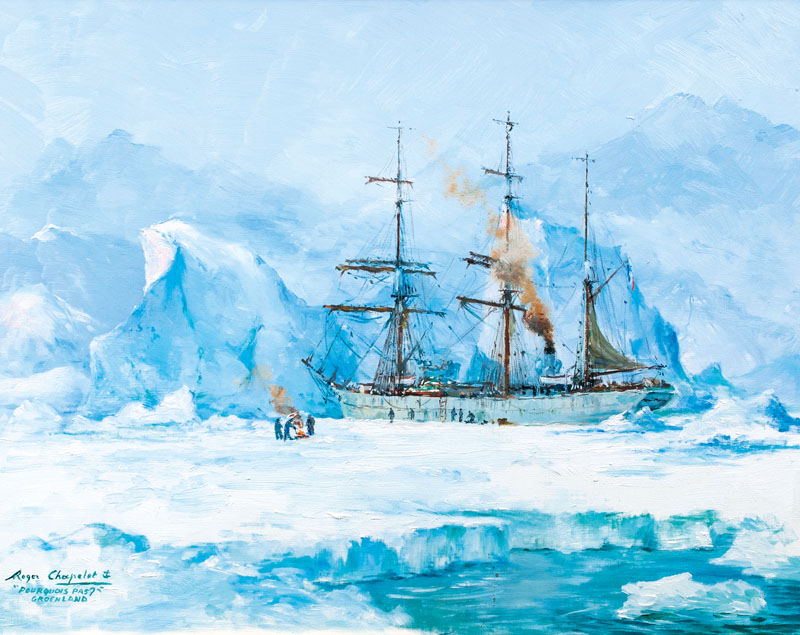 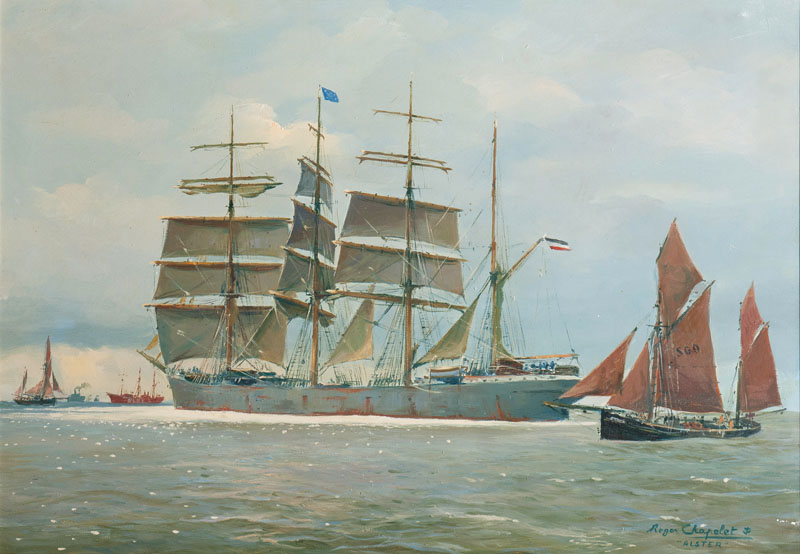 Ships on the Mouth of River Elbe 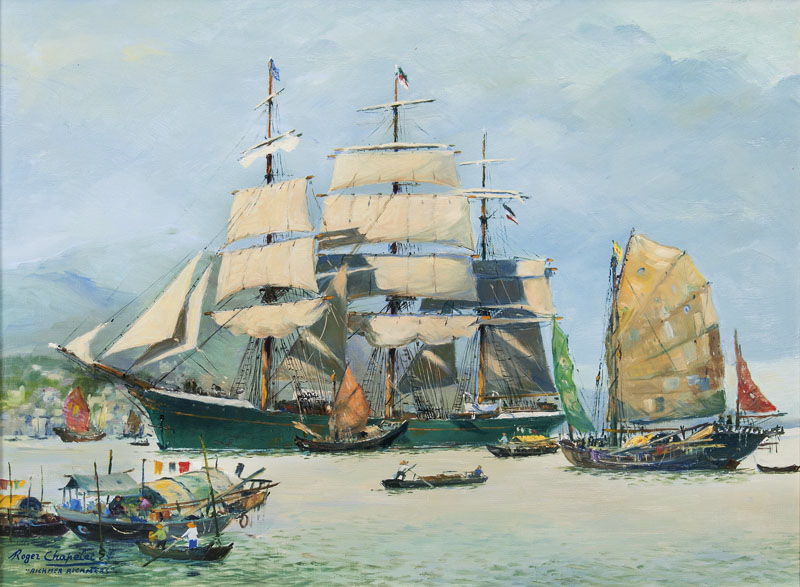 The Rickmer Rickmers off Hong Kong 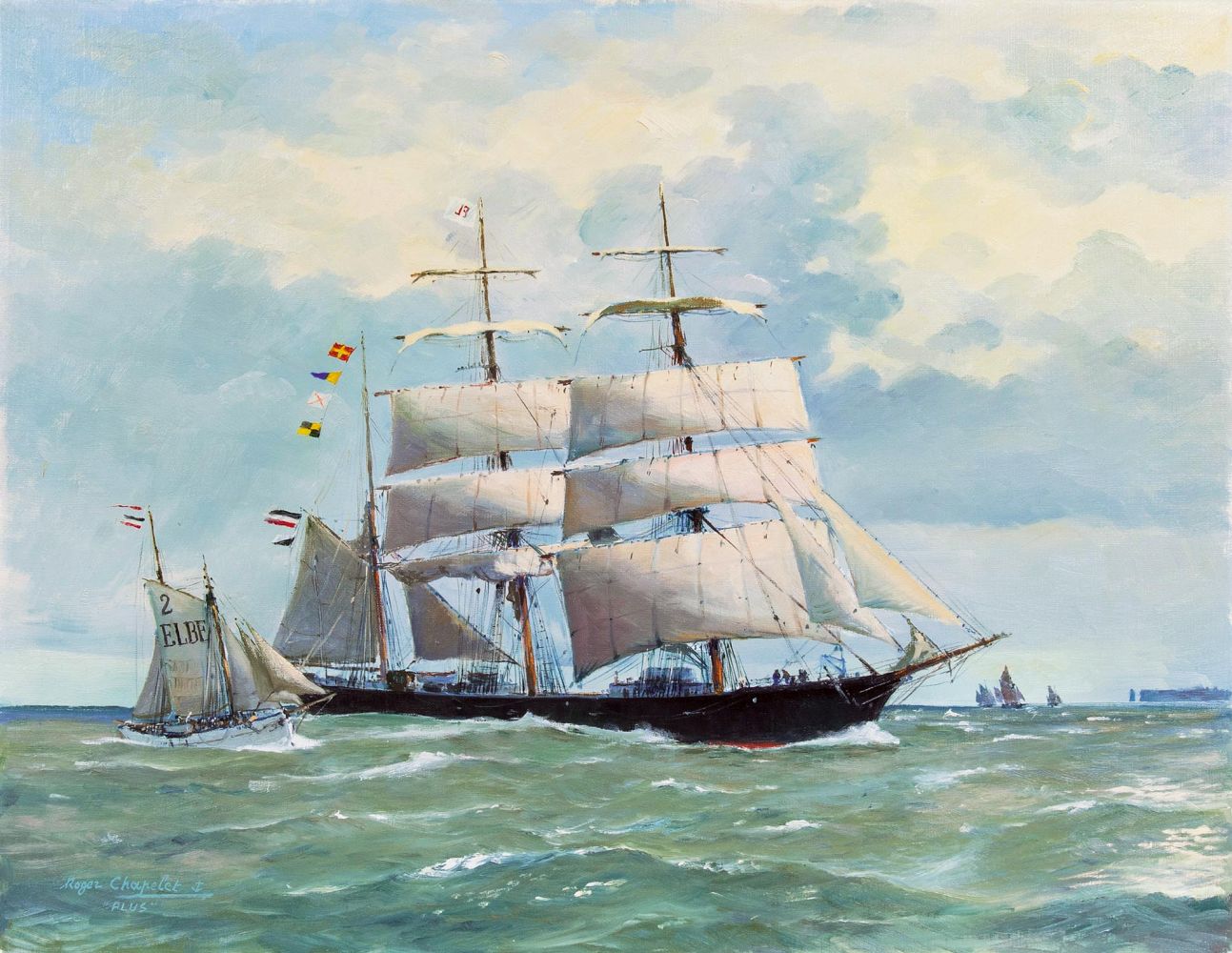 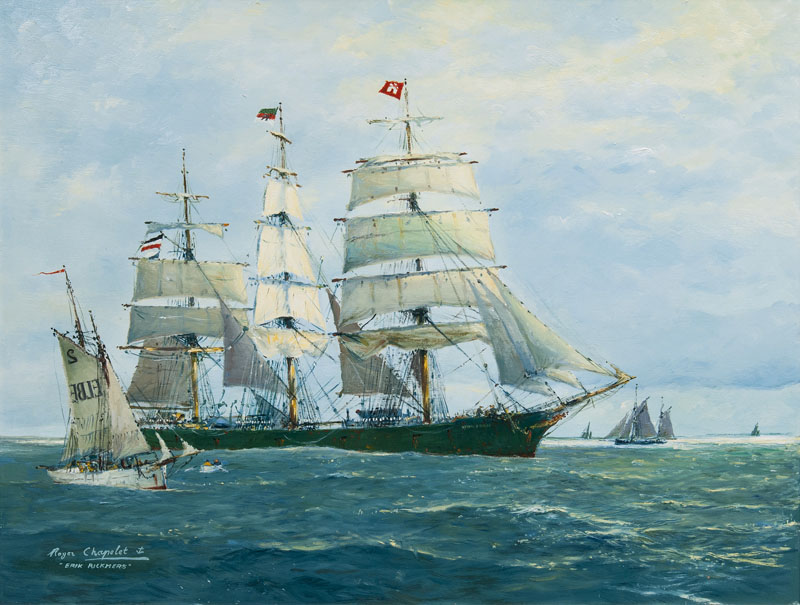 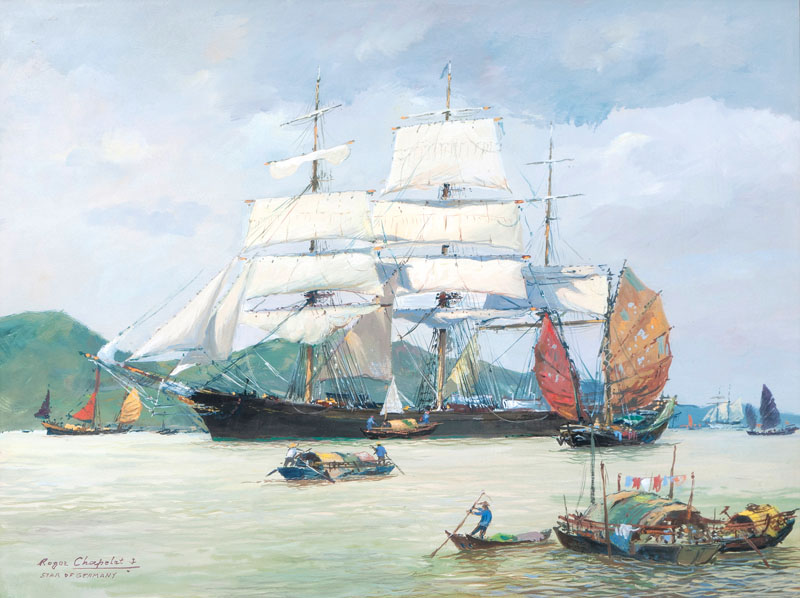 The Star of Germany off an oriental Coast 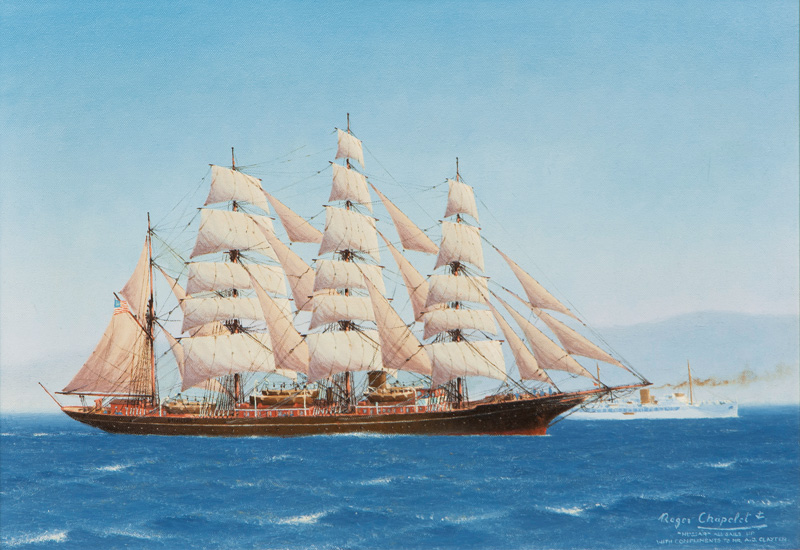 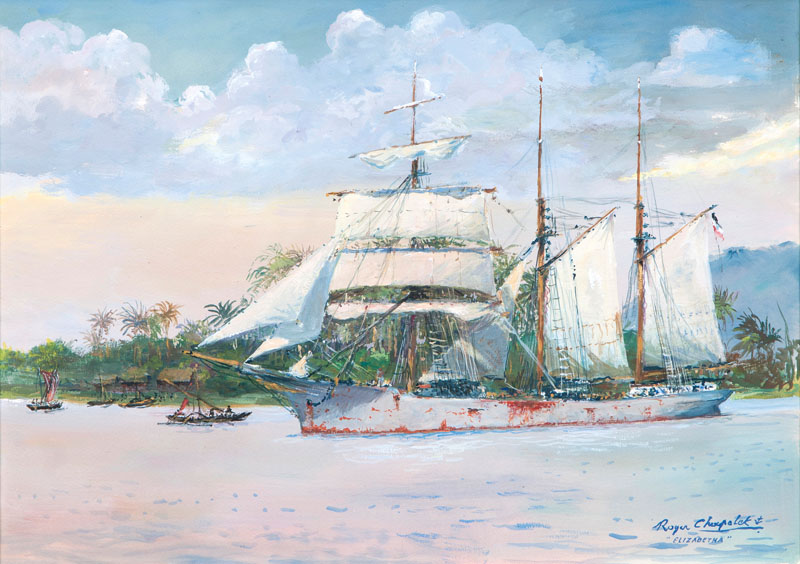 The Elizabetha off a tropical Coast 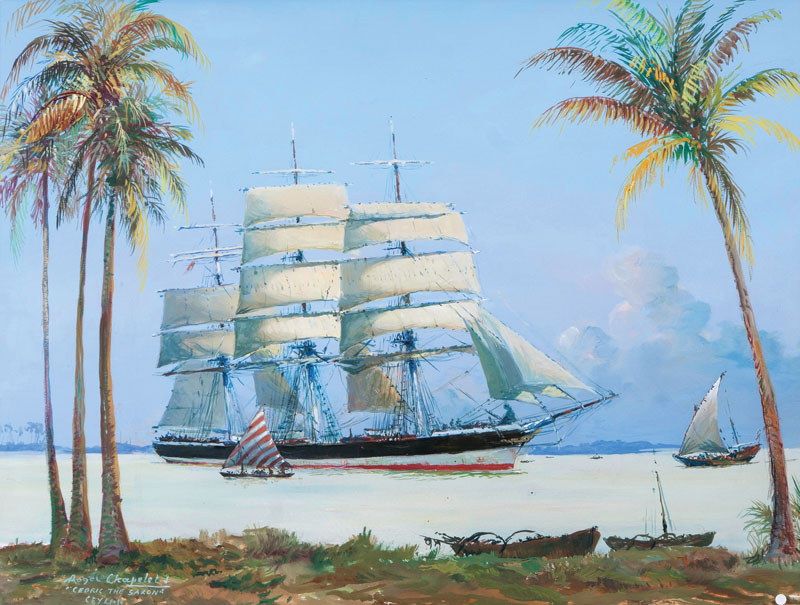 The Cedric of Saxon off Ceylon 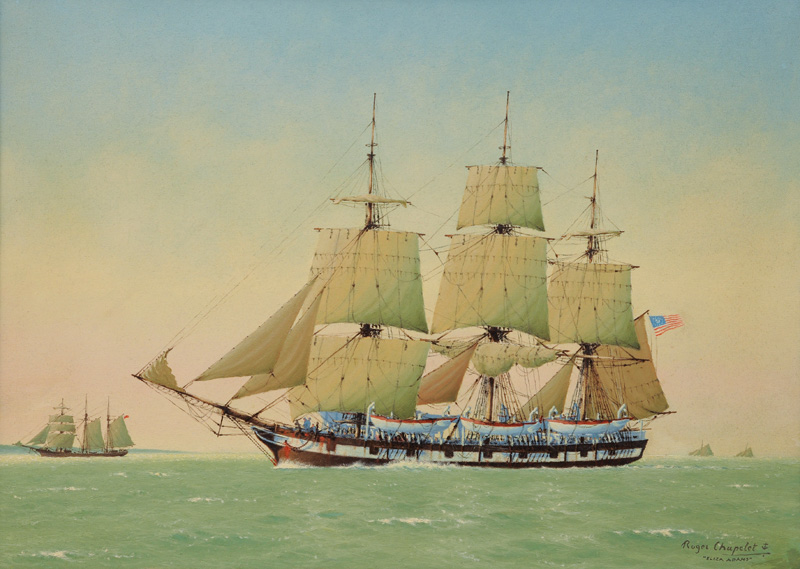 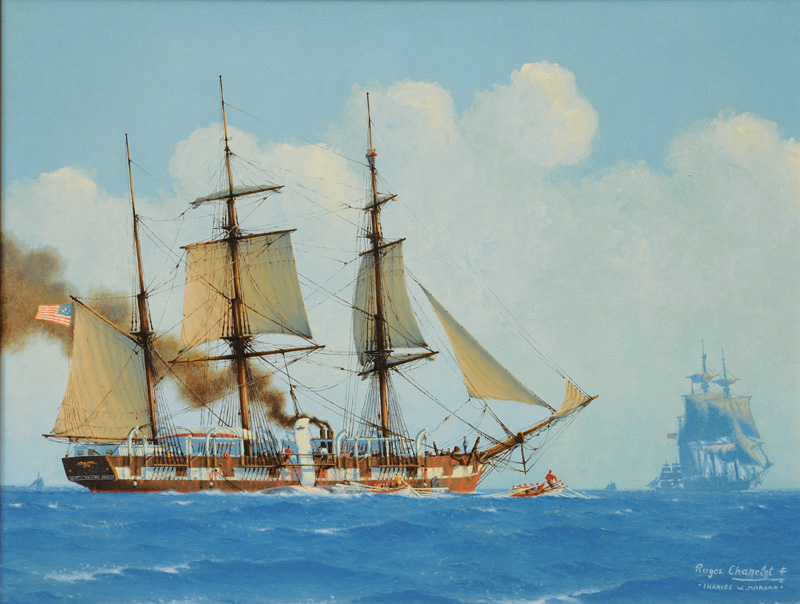 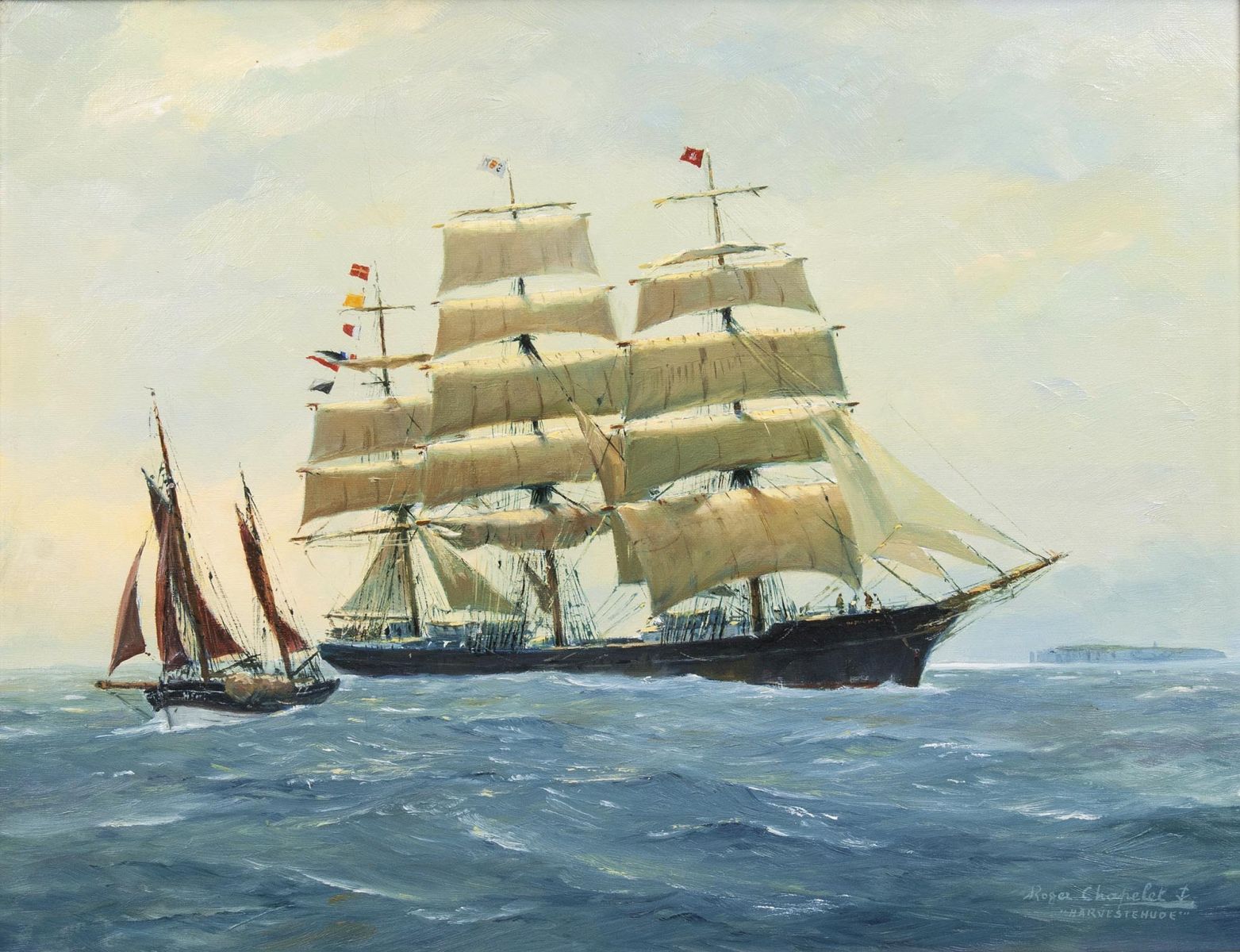 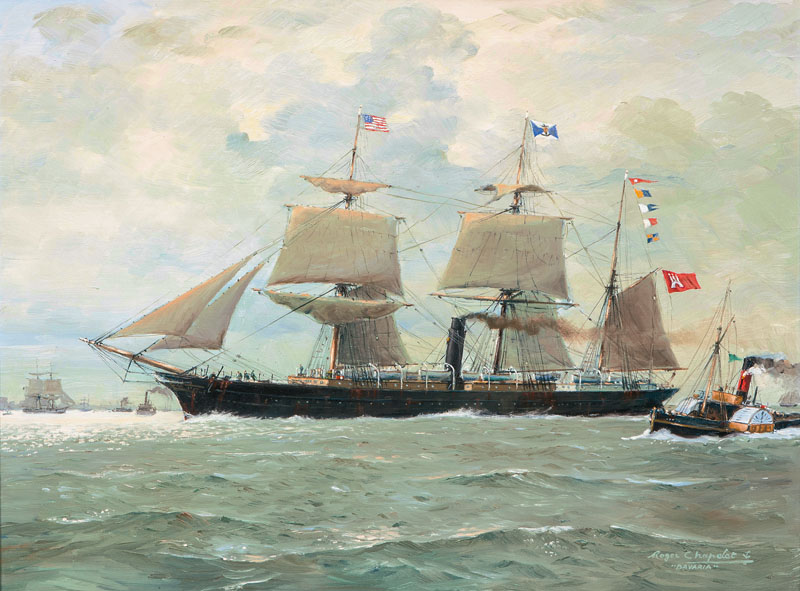 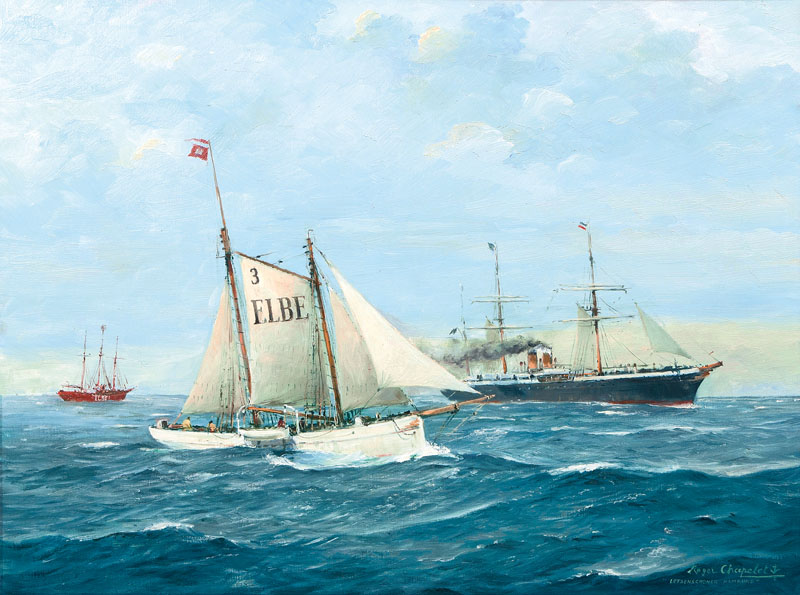 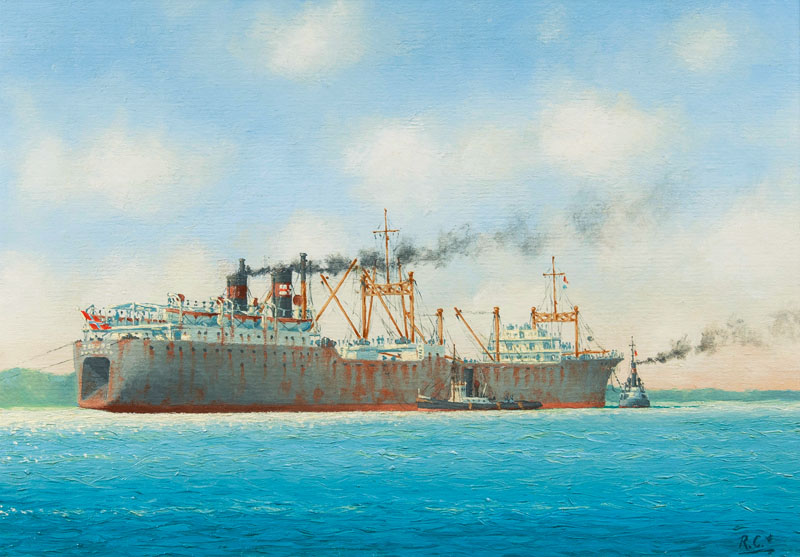 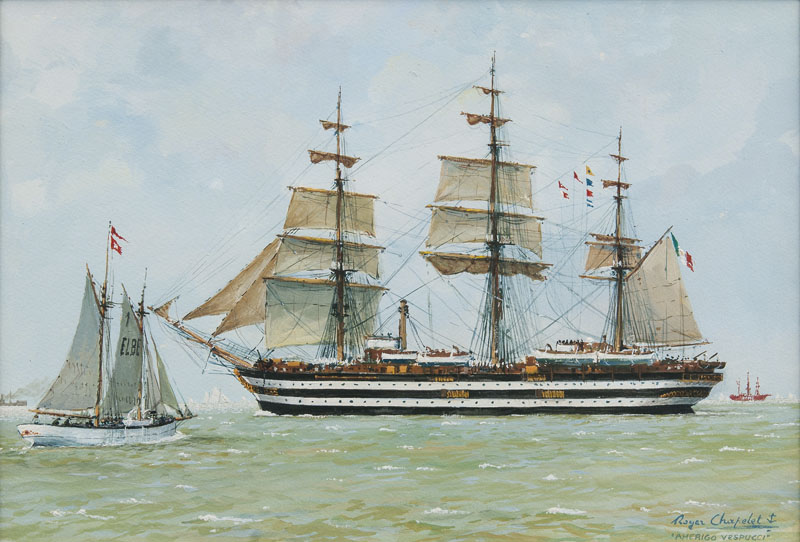 The Amerigo Vespucci on the Elbe 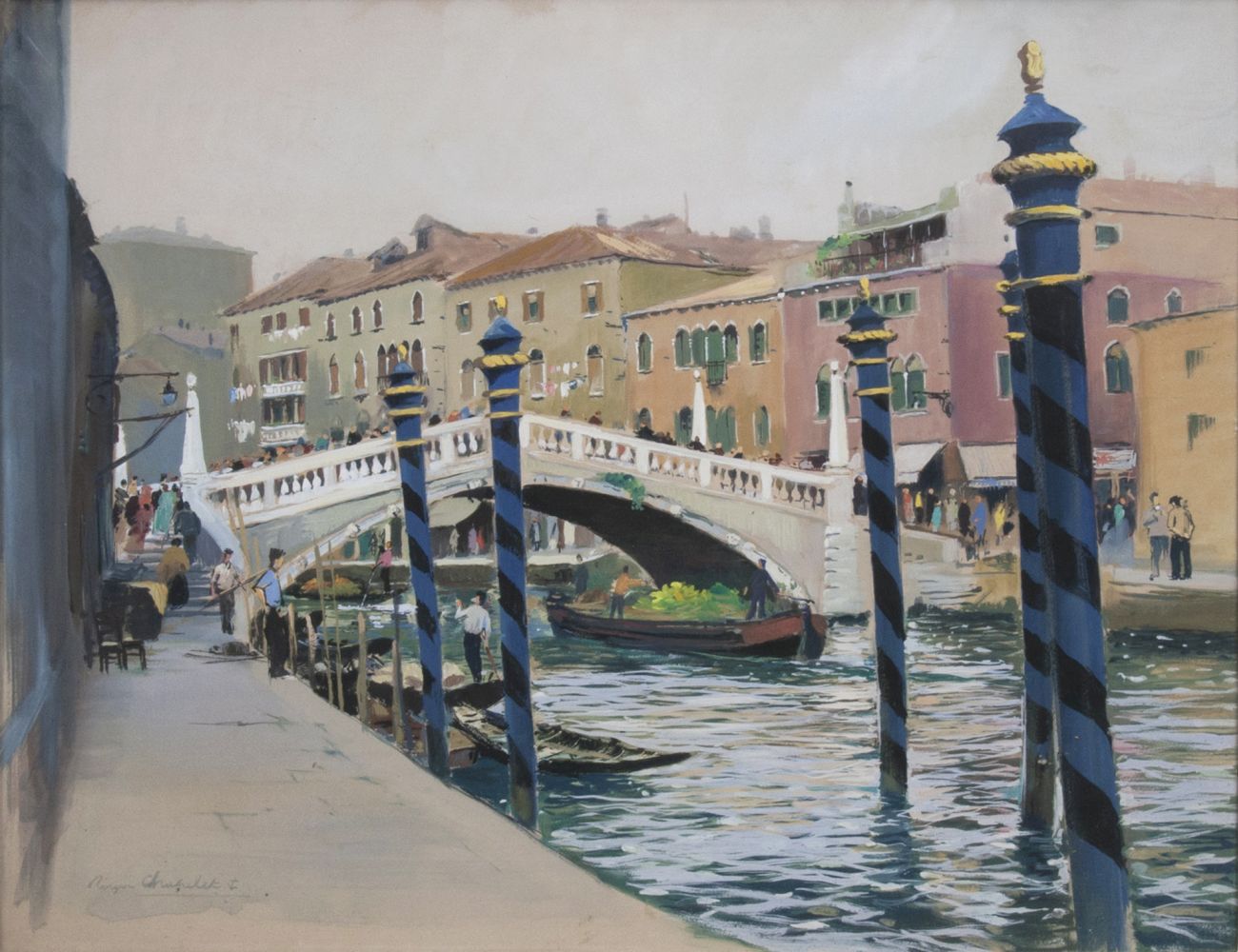 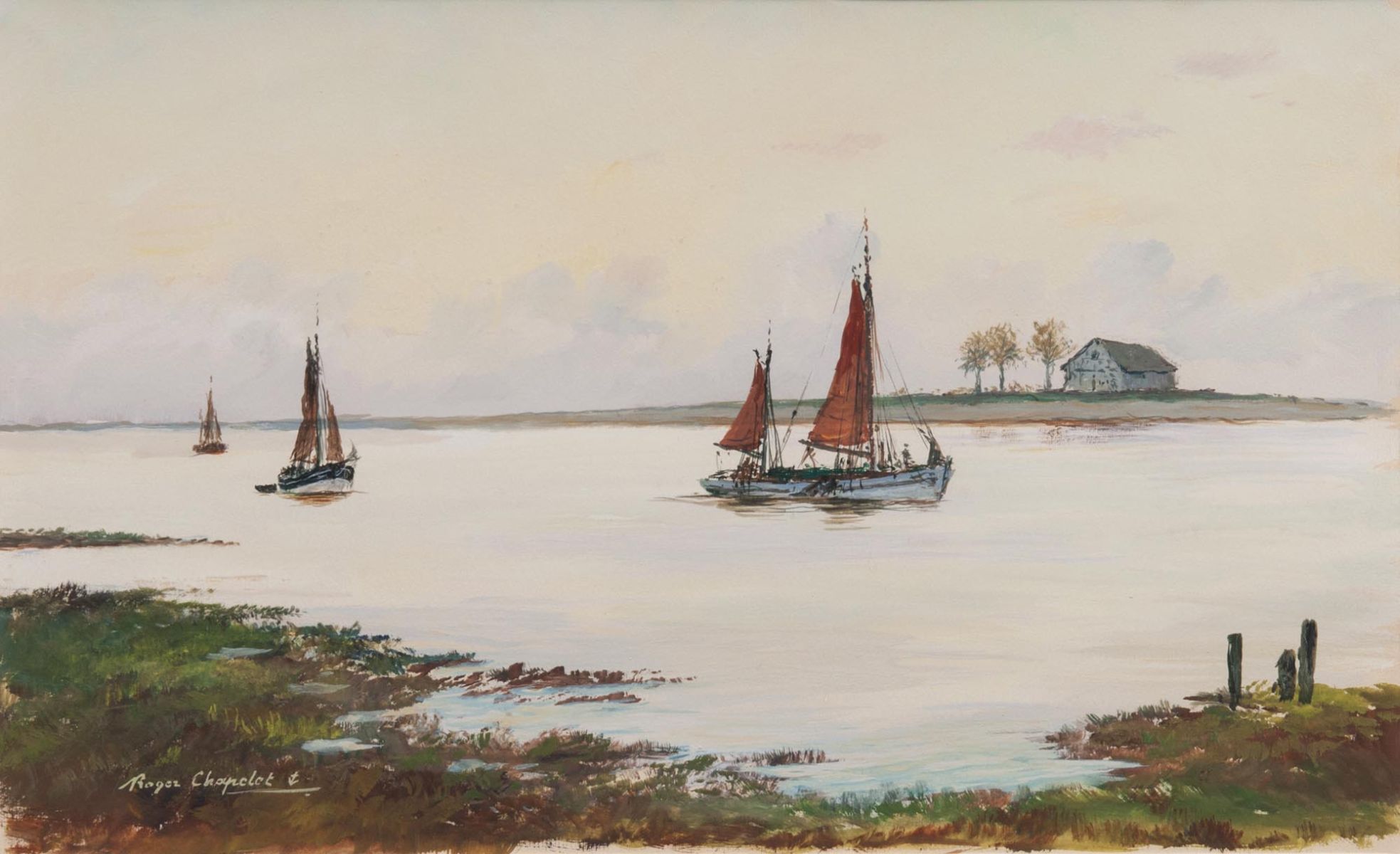 Fishing Boats on a River