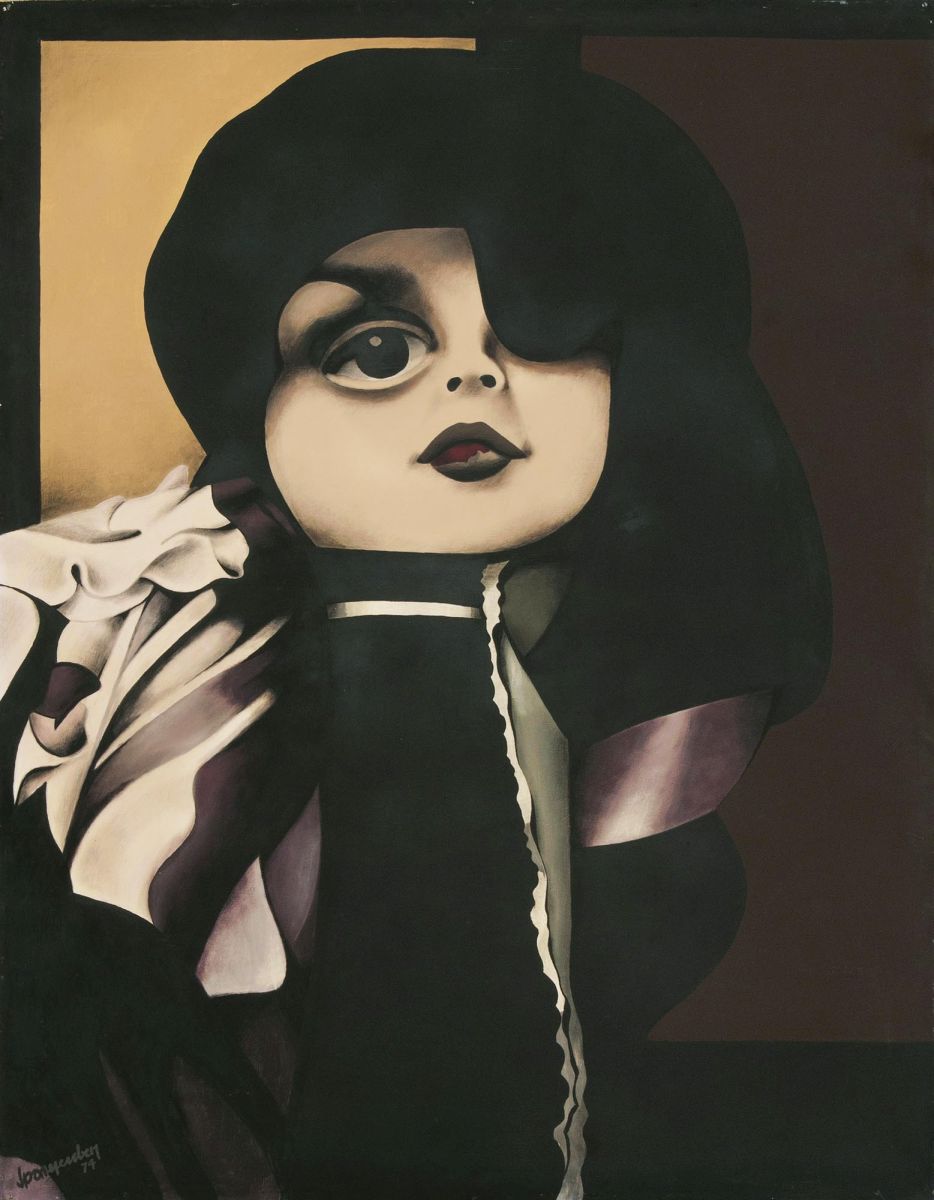 Tempera/fibre board, 125 x 100 cm, lo. le. sign. and dat. Spangenberg 74, on the reverse titled. - German painter. After an apprenticeship as ornamental painter under O. Schmarje S. studied at the Hamburg school of applied arts under C. O. Czeschka and J. Wohlers where he made friends among others with E. Bargheer, K. Kluth and A. Fiedler. He travelled Paris and Copenhagen. After a time of inward emigration during the Nazi time he joined the re-established Hamburg secession. He declined an offer of K. Hofer for a professorship in Berlin as well as the Rome prize of the Villa Massimo, but accepted the Edwin Scharff prize in 1958. S. also received numerous public commissions. Mus.: Hamburg (Kunsthalle), Schleswig (SHLM), Berlin (Jüd. Mus.) a. others. Lit.: Vollmer, Der Neue Rump, Heydorn, Bruhns: Kunst in der Krise, a. others.