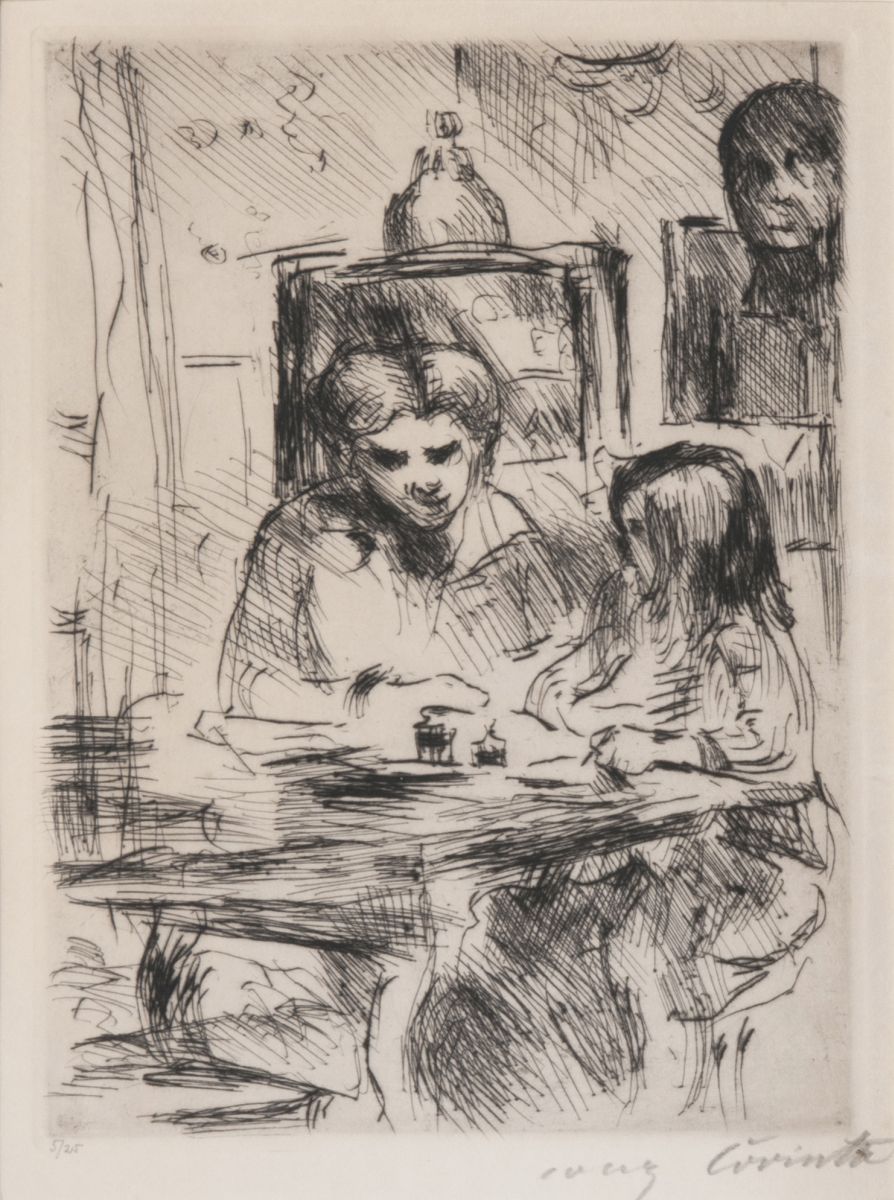 Etching, 24 x 17,5 cm, lo. ri. autographed Lovis Corinth, lo. le. num. 5/25, framed under glass, uninspected out of frame. - Most important German impressionist besides Liebermann and Slevogt. C. studied at the Königsberg and Munich academies as well as at the Académie Julian in Paris. Shortly after 1900 he moved to Berlin where he became one of the most important figures of the local secession. His powerfull sensuous paintings owe much to Rubens, in his later works he strived for emotional depth in a expressive pictorial language. C. was also an eminent graphic artist. Mus.: Hamburg (Kunsthalle), New York, Hannover, Essen, Dresden a. others. Lit.: Thieme-Becker, Vollmer, Berend-Corinth L.C. - Werkverzeichnis, 1958, Felix, L.C., 1985, Schuster/Vitali/Butts L.C., 1996 a. others.