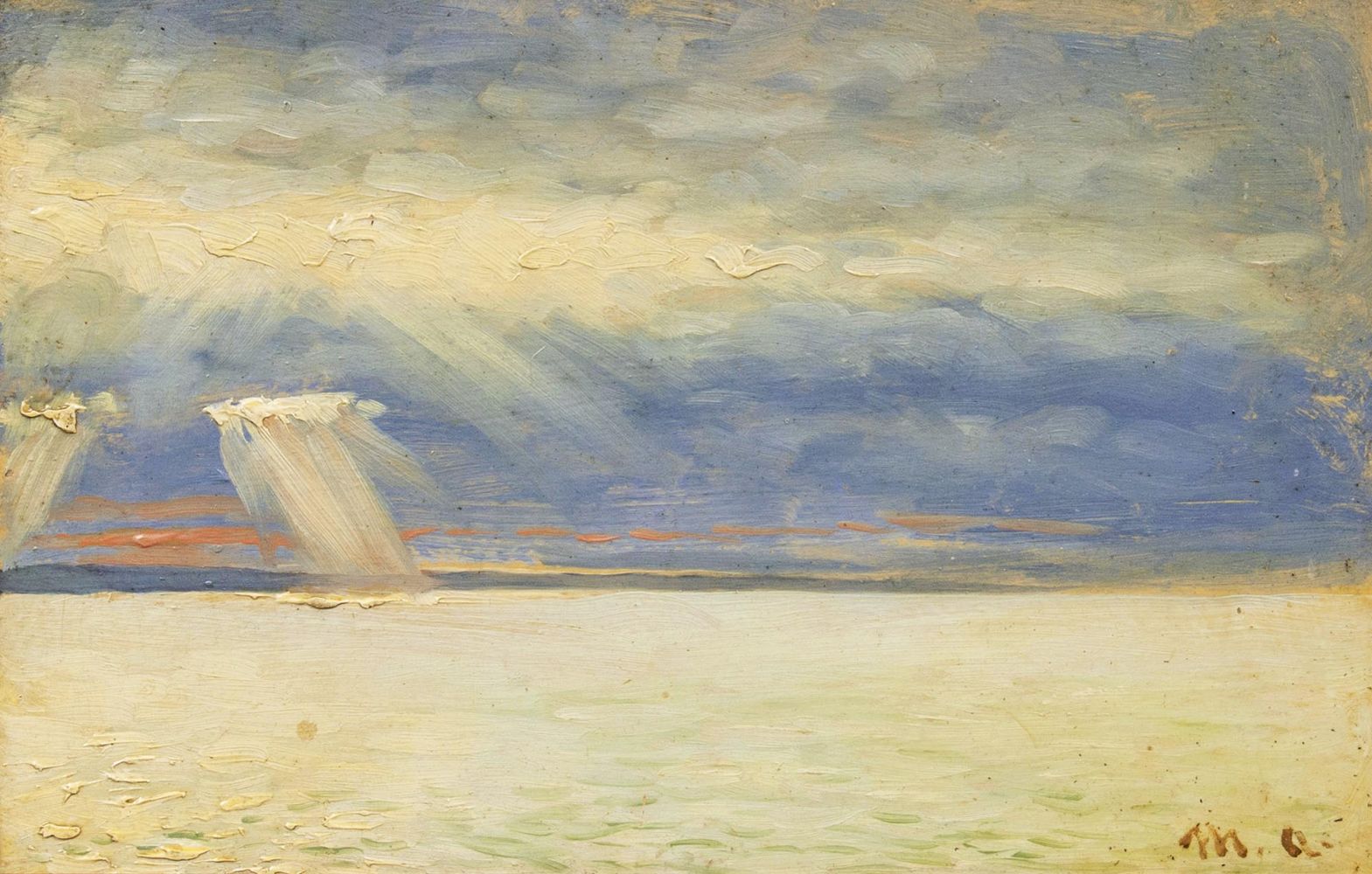 Oil/cardboard, 21,5 x 33 cm, lo. ri. monogr. M.A. - Danisch figure and landscape painter. A. began his education at the drawing school of C. V. Nielsen before studying at the Copenhagen academy 1871-75. In 1874 he was in Skagen for the first time and soon became one of the leading exponents of the local artist's colony. There he met also Anna Bröndum whom he married in 1880. A. merged the strict rules of composition that he was taught at the academy with a lightful and colourful naturalism that he encountered in Skagen. He was awarded many prizes, among them the Eckersberg medal and a gold medal at the Paris World Fair, both in 1889. A. is still one of the most popular Danish painters. Mus.: Copenhagen (States Mus. f. Kunst, Hirschsprung collection a. others), Stockholm, Oslo, Malmö, Göteborg, Budapest a. others. Lit.: AKL, Thieme-Becker, Weilbach a. others.