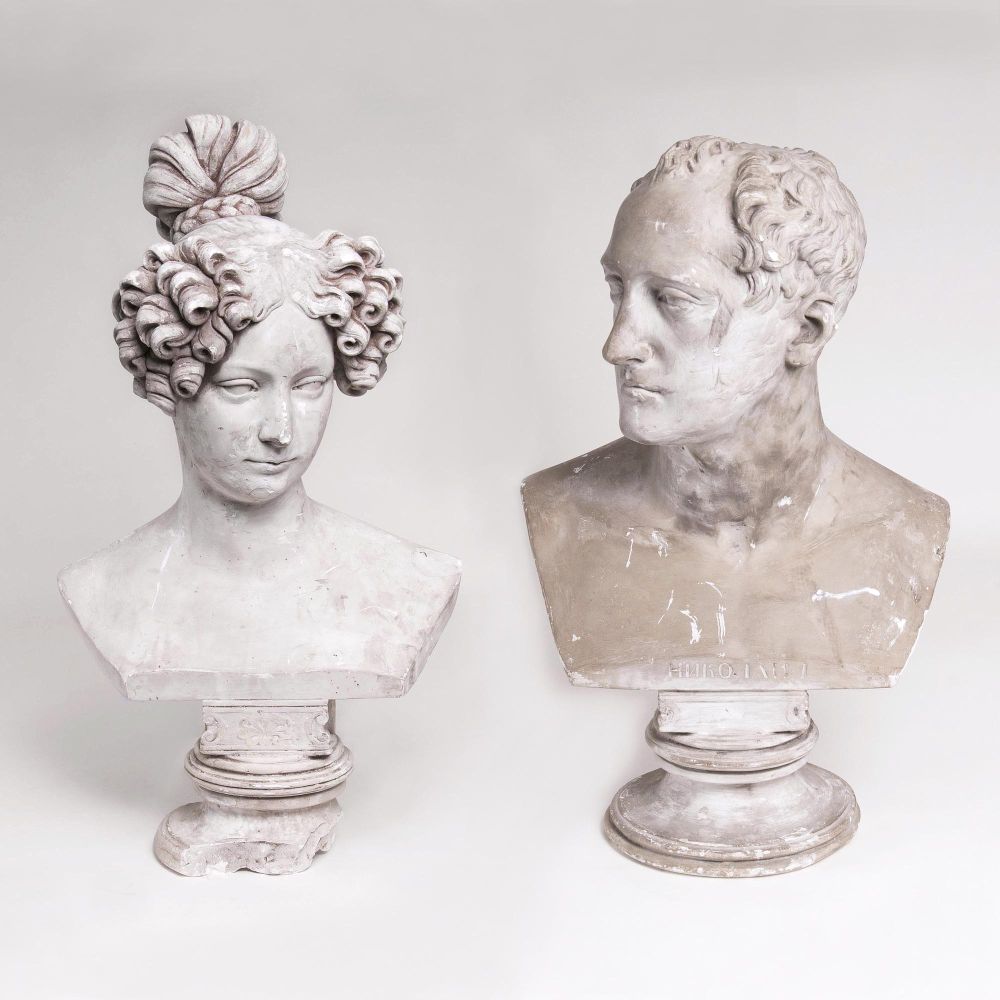 A Pair of Busts 'Emperor Nicolas I' and his Wife 'Emperess Alexandra Fedorovna' | Result 7.800 €

19th cent. Plaster. The bust of the Russian Emperor Nicolas I (1796-1855) is featured on the front side of the Cyrillic inscription 'NIKOLAI I'. - We know versions of marble (1834) in the Eremitage, Saint Petersburg, and the Walters Art Museum, Baltimore. The female bust represents his wife Alexandra Fedorovna (1798-1860) who came as Prussian princess Charlotte in 1817 to the Russian throne. Partially heavy dam. - German sculptor, ranks among the most important representatives of the German Classicism and as a pupil of Johann Gottfried Schadow he belongs to the Berlin School of Sculpture.