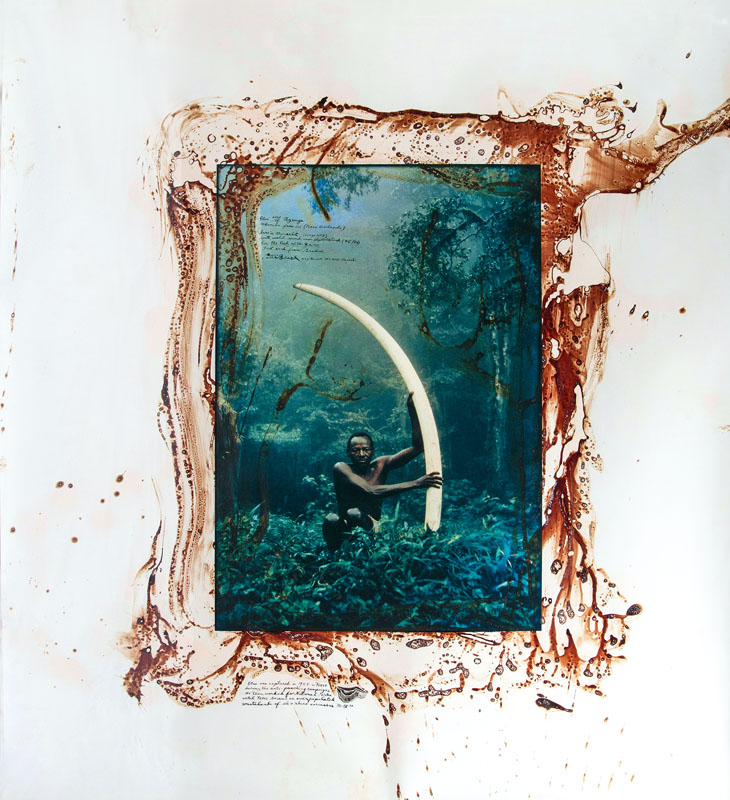 One of a kind. Chromogenic print, ink a. blood, 136 x 120,5 cm (58.5 x 48.5 ''), up. le. sign. Peter Beard, framed under glass, uninspected out of frame. - Elui, son of Nzenge is holding a world record tusk. The picture was taken before the population of elephants and rhinos in the Tsavo lowlands National Park was almost extinguished by poachers. It was also the cover of the luxury edition of Beards bookd 'The End of the Game'. - Provenance: Camera Work Berlin; private collection Hamburg. - US-American photographer. B. studied 1958-61 at Yale university, among others under the emigrated Bauhaus artist Josef Albers. In 1955 he travelled Africa for the first time. In 1961 he moved to Kenia, where he made friends a. collaborated with Karen Blixen. The endangered species of East Africa are the main subjects of his photos. B. enriches them with collages, drawings a. even blood, often in cooperation with local artists. He also made movies a. worked as an actor.