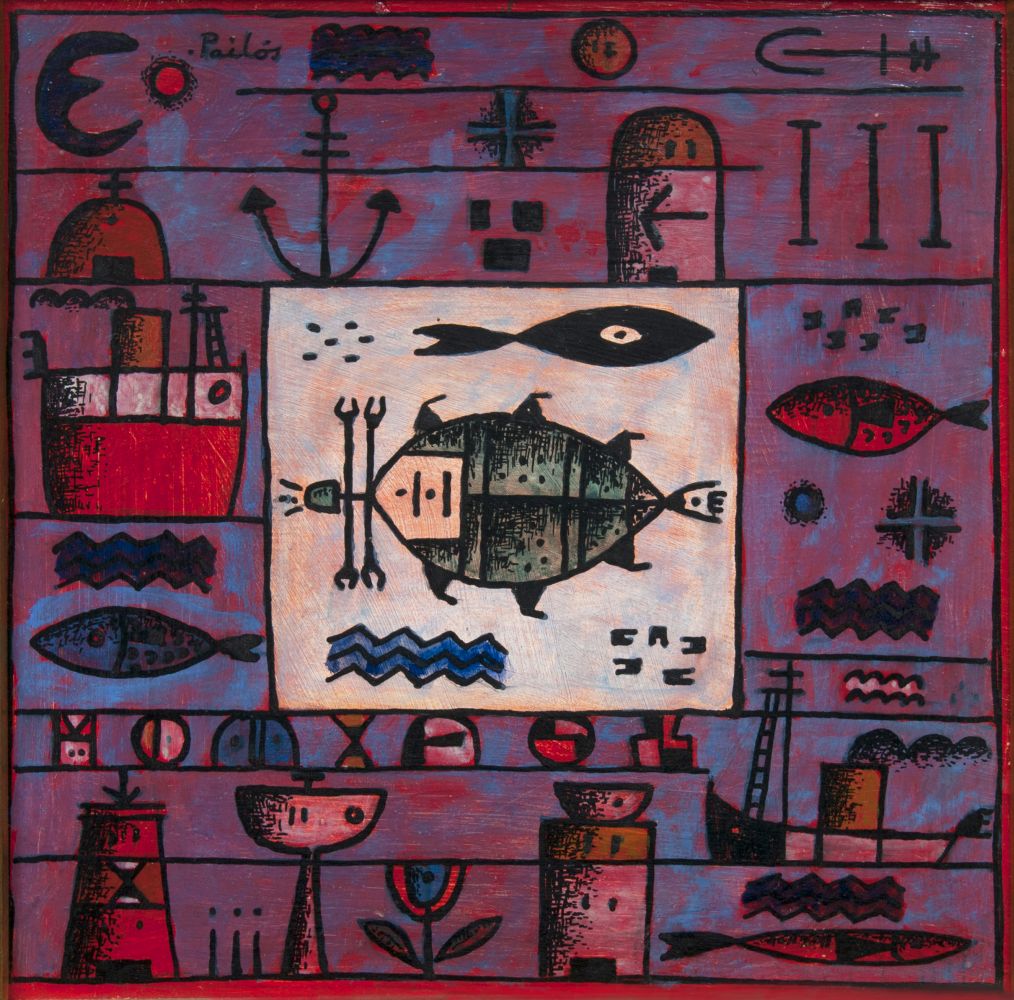 Oil/fibre board, 24 x 24,5 cm, up. le. sign. Pailós, on the reverse certificate of authenticity from Galleria Bruzzone, Montevideo, with artist's signature, title and date 1981. - Uruguayan painter and sculptor of Spanish origin. His family emigrated with him to Uruguay in 1923. Since 1942 he studied in Montevideo and worked in the studio of J. Torres Garcia until 1967. Mus.: Montevideo, Buenos Aires, Corme.