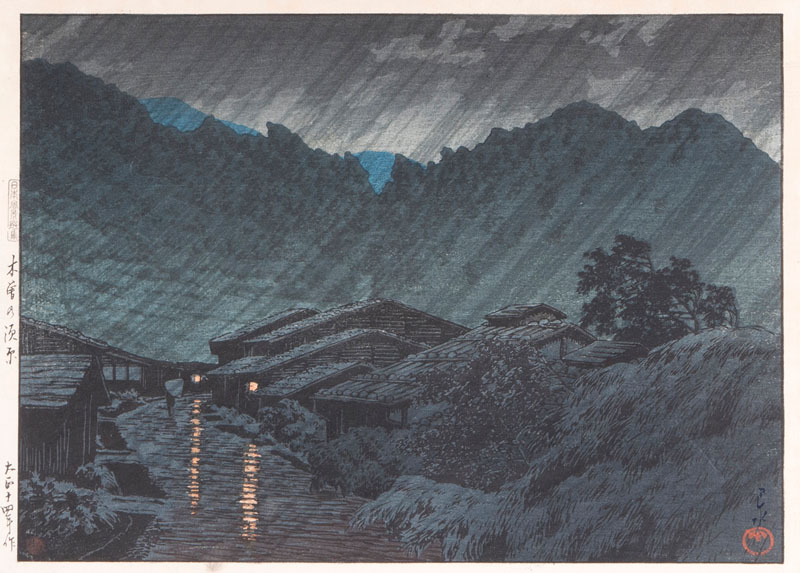 After 1957. Woodcut in colours, 20,5x 28,5 cm, lo. ri. artist's stamp, lo. le. publisher's stamp Watanabe, at the left margin titled a. dat. - From the series 'Nihon Fukei senshu' (Select Views of Japan). - Japanese graphic artist, one of the most important innovators of modern Japanese woodcut. K. was taught painting by S. Okada a. A. Bokusen. Since 1909 he worked in the studio of K. Kiyokata, a master of the traditional ukio-e woodcut. K. became successful after he started collaborating with the publisher Watanabe in 1918. K. is one of the leading masters of the shin-hanga woodcut, combining traditional achievements of Japanese woodcut with Western elements like perspective. In 1956 the Japanese government honoured K. as 'Living National Treasure'.