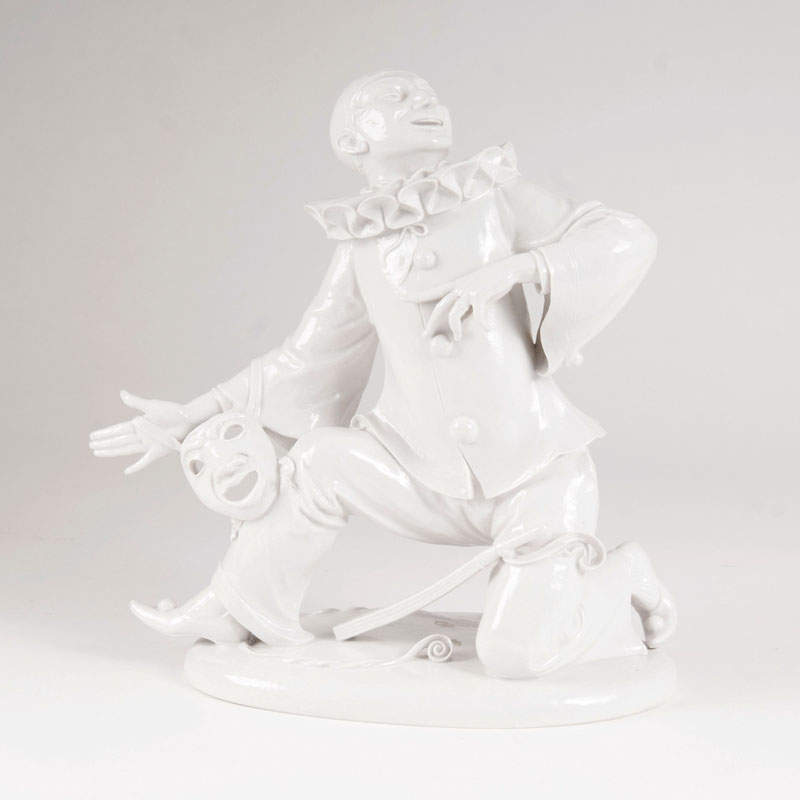 A rare porcelain figure 'Kneeling Pierrot with a Mask' | Result 700 €

Schwarzburger Werkstätten, around 1921. White porcelain. On the plinth monogr. and dat.: 'A. St. 21'. At the bottom impressed mark 'Schwarzburger Werkstätten für Porzellankunst' and 'running fox'. Defects of the glaze, min. chips. H. 34 cm, l. 31 cm. - The figure is a previously unknown model, probably the counterpart of the 1920/21 designed 'Colombine with a bearded mask'. - A German sculptor, medal maker and modeler. 1886 - 1888 St. completed his trainign at the porcelain manufactory Volkstedt, then he studied at the Munich Academy by Wilhelm von Ruemann and earned several awards. He designed a lot of models for the Schwarzburger Werkstätten as well as for Volkstedt and Fraureuth. His monumental porcelain figures are still considered as technical masterpieces.