A German sculptor, medal maker and modeler. 1886 - 1888 St. completed his trainign at the porcelain manufactory Volkstedt, then he studied at the Munich Academy by Wilhelm von Ruemann and earned several awards. He designed a lot of models for the Schwarzburger Werkstätten as well as for Volkstedt and Fraureuth. His monumental porcelain figures are still considered as technical masterpieces. Lit.: Susanne Wallner u.a.: Schwarzburger Werkstätten für Porzellankunst. Hohenberg/Eger 1993, p. 272 and following 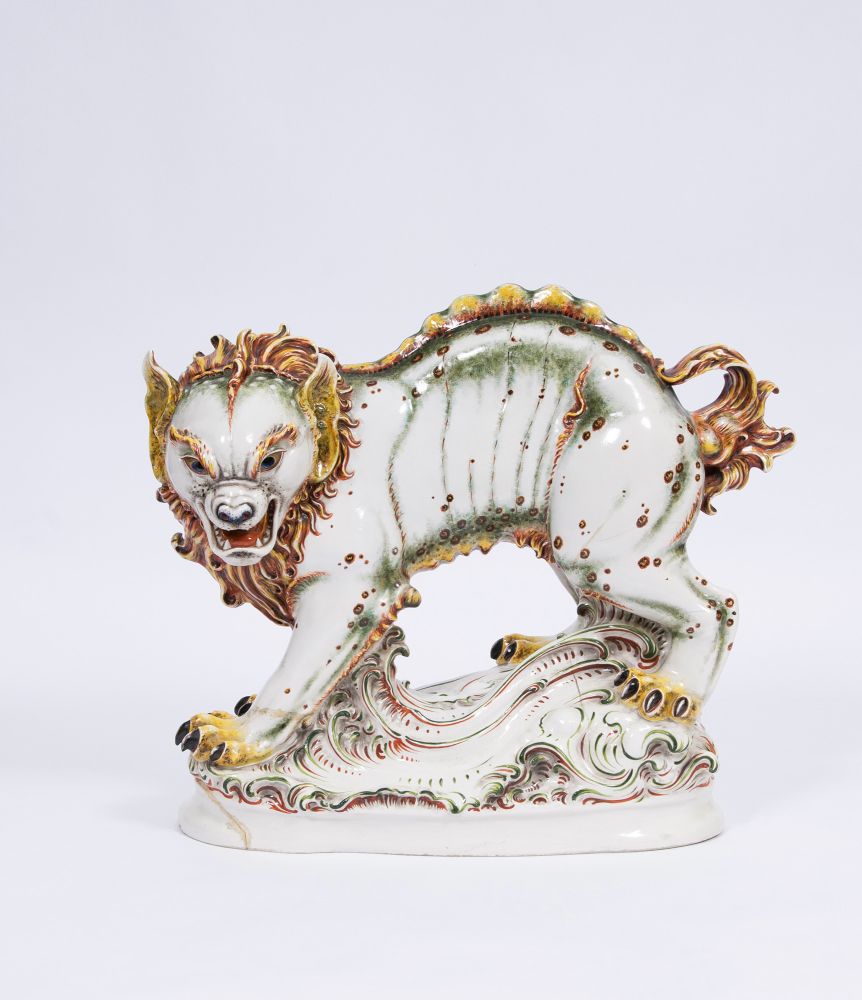 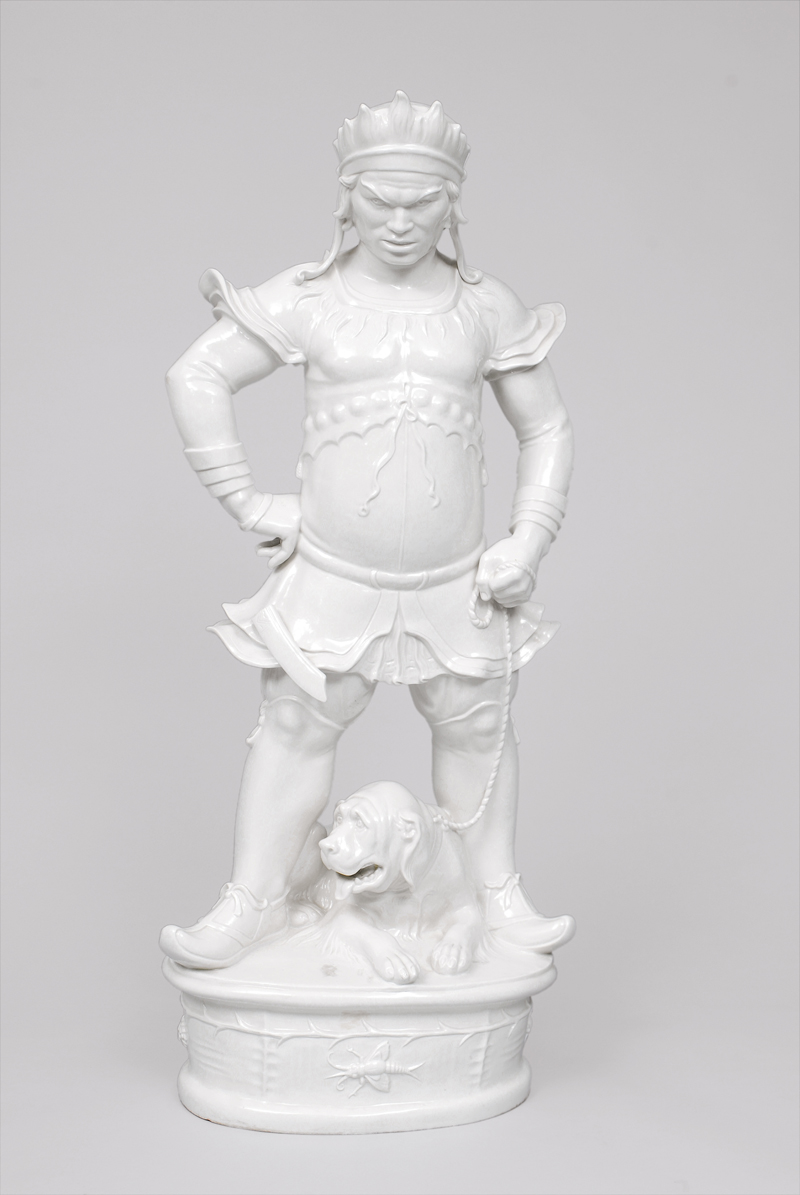 A large figure of a temple guard with his dog 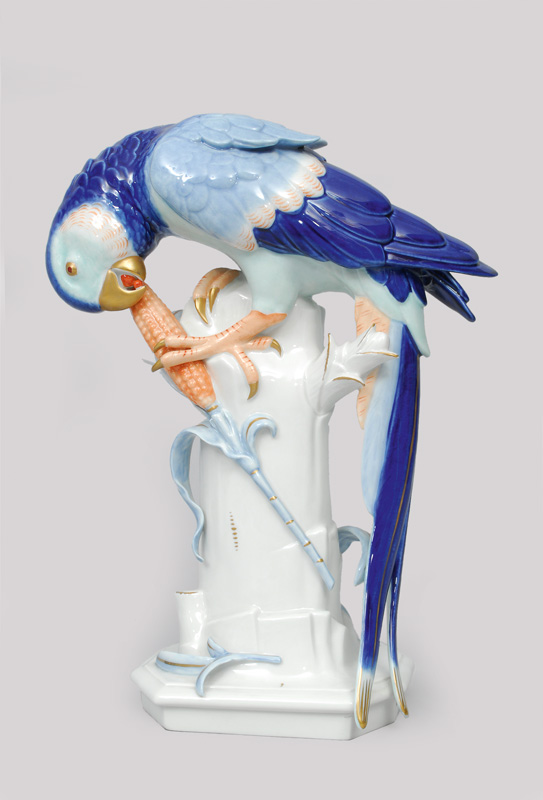 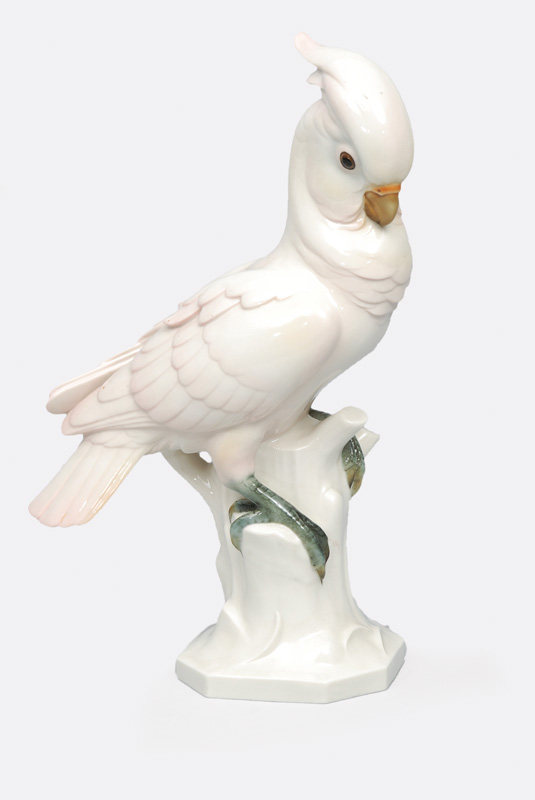 An animal figurine 'ink parrot deated on a brunch base' 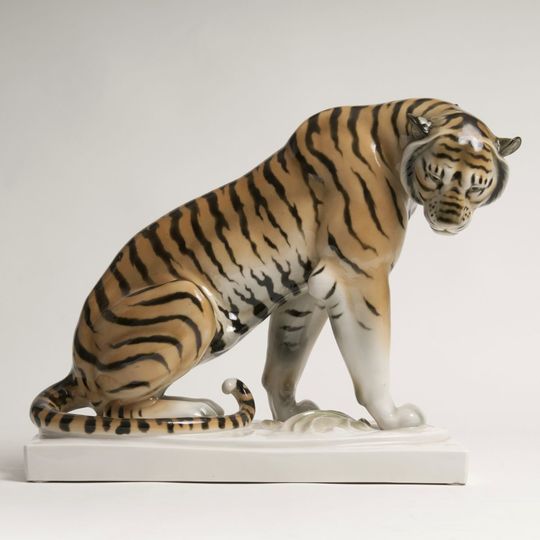 A rare porcelain figure 'Kneeling Pierrot with a Mask' 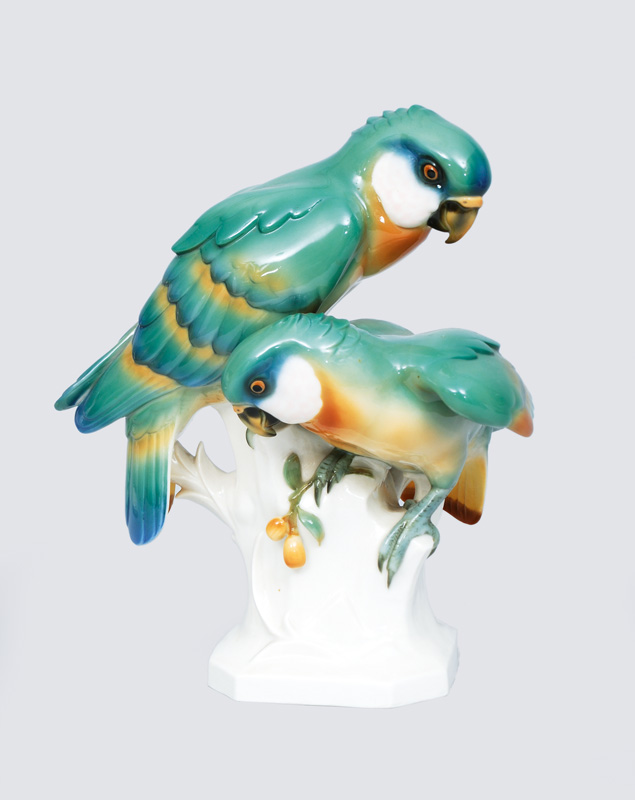 You would like to buy a work by Arthur Storch?

You would like to sell a work by Arthur Storch?

Sell a work by Arthur Storch?