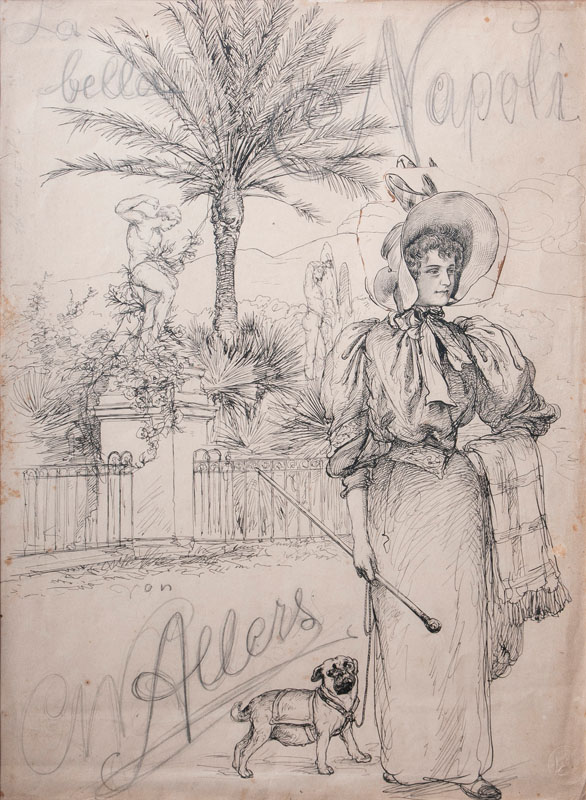 Pen and ink drawing, 50 x 36,5 cm, titled 'La bella Napoli von CW Allers', min. dam., matted a. framed under glass. - As an extra: C. W. Allers. La bella Napoli. Stuttgart, Union Deutsche Verlagsgesellschaft, not dated, orig. linen cover, embossed a. with gilt edging. In this the 'beautiful young lady, who's clothing reveals her as a member of the group of foreign residents in Naples' is shown and mentioned on p. 32. - Provenance: From the estate of the artist, thence by descent. - German painter a. graphic artist. A. studied with F. Keller at the academie in Karlsruhe. In 1883 he made his first journey to Italy, where he later lived. A. became best known for his graphic cycles, showing the citizens of Hamburg a. Berlin as well as his own travels around the world. A well sought after portraitist in his time, he is most regarded for his brilliant drawings.