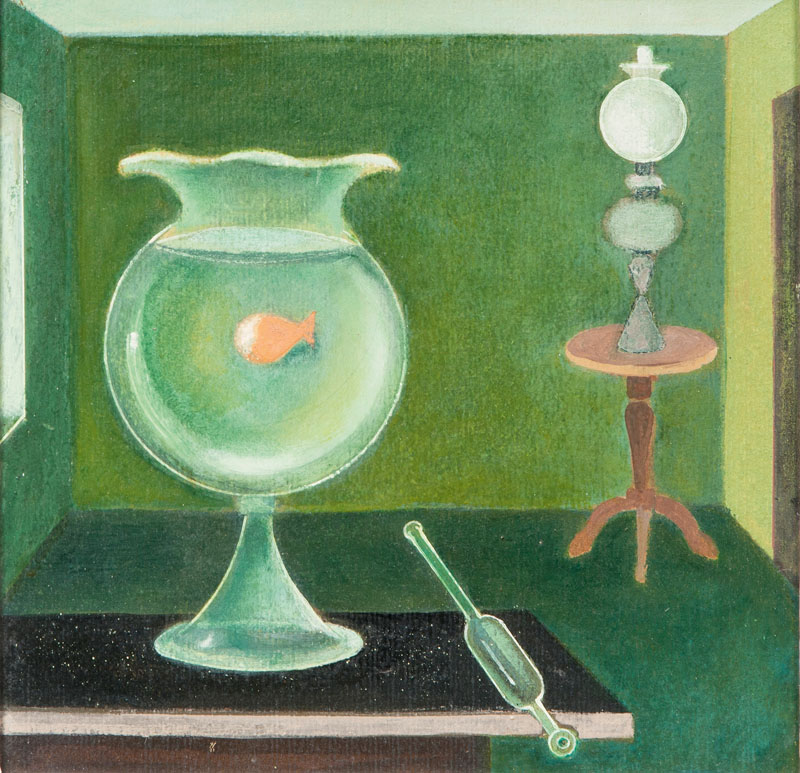 Oil a. tempera/cardboard/wood, 28 x 28 cm, on the reverse inscribed a. dat. Gottfried Brockmann 1929 as well as titled. - Exhibition: Bilderheimat. Kunst aus Schleswig-Holstein in einer Kieler Privatsammlung. Schleswig-Holsteinische Landesbibliothek Kiel, 1996, cat. no. 112, ill. p. 139. - Provenance: Bought from the artist by a collector in Kiel; thence by descent. - German painter, draughtsman a. graphic artist. B. was trained as house painter, but began to work as autodidact artist a. came in contact with the Dada group 'Stupid'. In 1926 he began studying at the Düsseldorf academy, where he got his own studio as early as 1927. He became master student of H. Campendonk in 1928. He worked as teacher at the academy since 1932, but was dismissed soon after the Nazis took over. In 1952 he settled in Kiel, where he taught at the Muthesius-Kunstschule since 1954 a. became professor in 1975.