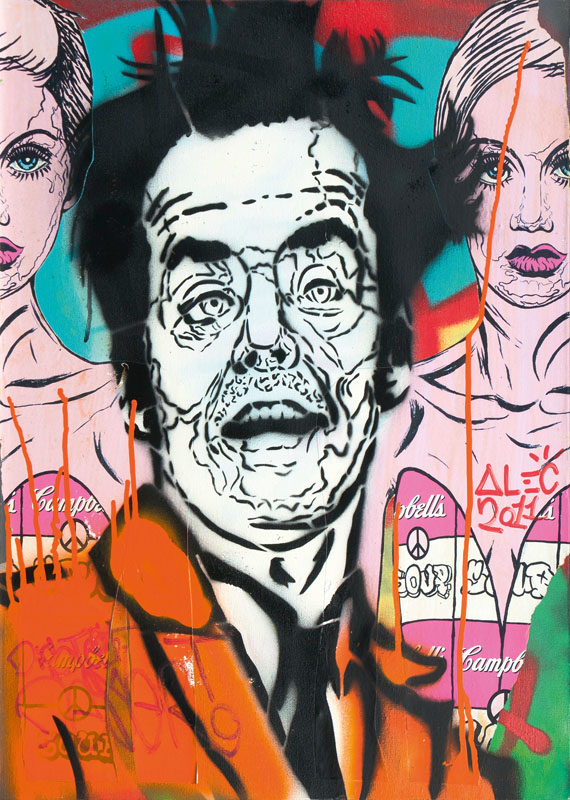 Collage, pochoir a. mixed media/canvas, 61,5 x 45,5 cm, lo. ri. sign. a. dat. Alec 2011, lo. le. inscribed 'Disaster Desert', unframed. - The title of the painting refers to a car accident in a valley in the environs of Los Angeles, where Monopoly painted for a foto shooting of Michel Comte. The consignors husband was in the car, Monopoly was behind the wheel when the car rolled over and the passenger broke a rib. As compensation for nearly killing her husband Monopoly gave this painting as a gift to the consignor. - Provenance: Gift of the artist to the consignor. - New York graffiti artist of unkown identity. His murals created in major towns all over the world were highly praised by the media. He exhibited among others at the Art Basel a. at the Art Basel miami.