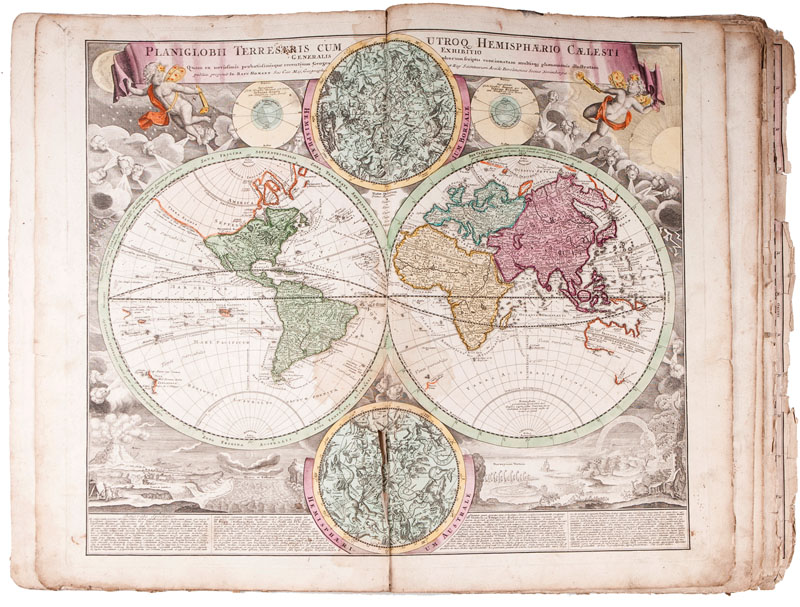 Von achtzehn Charten, edirt durch Johann Baptista Homann, Nürnberg without year (1712), dam. Handcoloured engraving on the flyleaf, 18 maps plus a loose map of Westphalia by Homann. - German engraver a. editor. H. lived in monasteries for some years, but settled as notary in Nuremberg in 1687. He started working as engraver casually but later made it his profession. His maps became a great succes a. established a company that lasted until the mid 19th century. In 1715 he became member of the Preußische Societät der Wissenschaften a. was appointed Kaiserlicher Geograph.