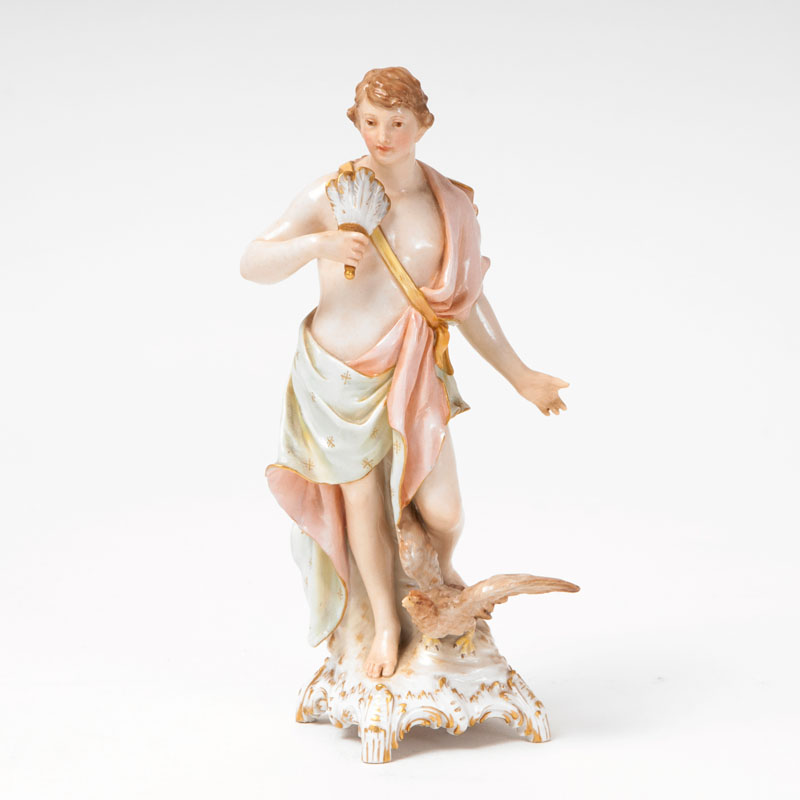 Berlin, KPM, 19th cent. The model from 1769. Sceptre mark and red imperial orb mark. Dam., rest. H. 18,5 cm. - brother of the better-known Friedrich Elias Meyer, he came to Berlin in 1761 and became director of the Berlin Academy. With his brother he created the famous centrepiece for the Empress Katharina II. of Russia (1772).