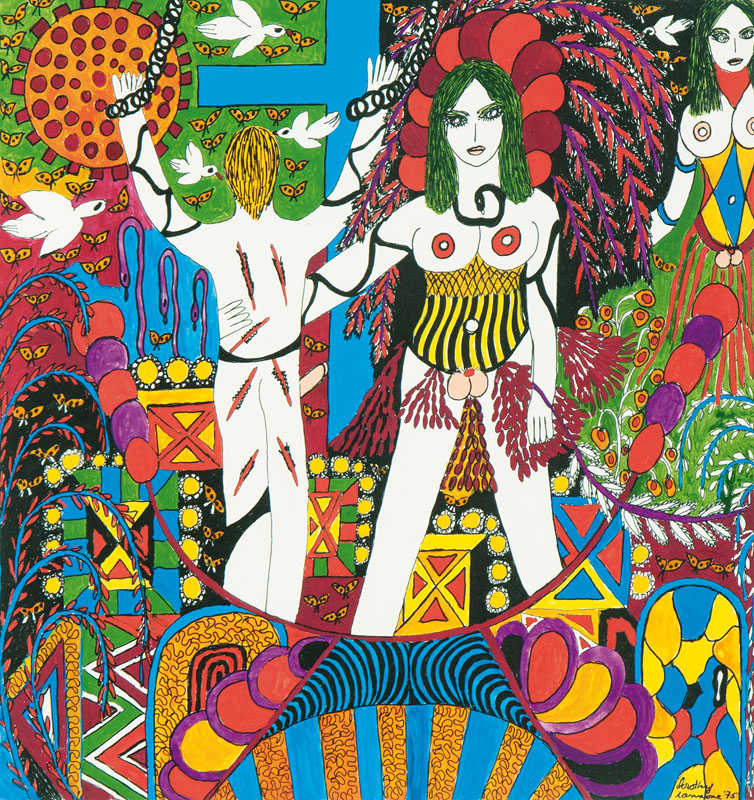 Gouache a. ink/cardboard, 30 x 28,5 cm, lo. ri. sign. a. dat. Dorothy Iannone 75, framed under glass, uninspected out of frame. - Paintress, graphic artist, installation a. video artist. From 1953-58 she studied literature in Boston a. Waltham. In 1959 she began painting in the fashionable style of abstract expressionism, shortly after she turned to the typically erotic scenes. She ran a gallery in New York with her husband whom she abandoned in 1967 in favour of the performance artist Dieter Roth. In 1976 she moved to Berlin whre she still lives a. works today. Her works were showcased at many important international exhibitions, among others at the Whitney Biennal a. at the Tate Modern, nonetheless some of her works were censored until the 1990s. - Mus.: Aalborg, Roskilde.