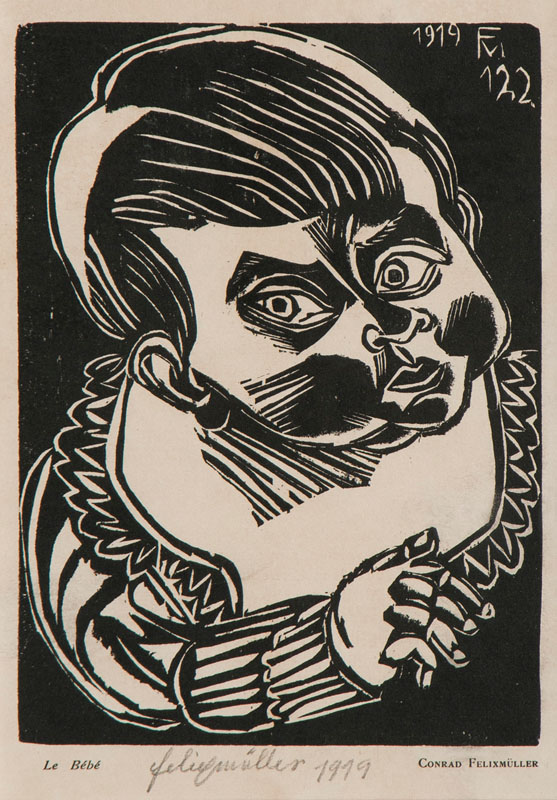 Woodcut, 20 x 14,5 cm, lo. middle autographed a. dat. Felixmüller 1919, matted a. framed under glass, uninspected out of frame. - German expressionist painter, after painting sociocritical paintings in his early career he began to develop a more settled style since 1930, studied at the Dresden academy under C. Bantzer, was author of the journal 'Der Sturm', co-founder a. chairman of the Dresden secession as well as member of the Novembergruppe, after the war he became professor at the university Halle. - Mus.: Dresden, Altenburg, Cottbus u.a. - Lit.: Vollmer, Gleisberg 'C.F.', Rathke 'C.F.', Spielmann 'C.F. - Monographie u. Werkverzeichnis der Gemälde'.