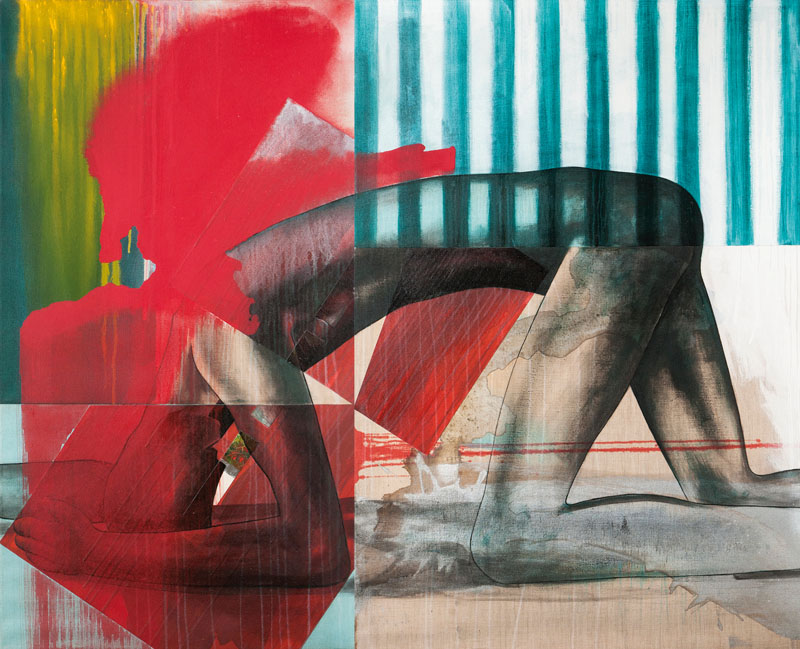 Oil/canvas, 147,5 x 183,5 cm, on the reverse sign. a. dat. Rainer Gross 86 as well as titled, unframed. - The painting is composed of four canvases which are numbered by the artist a. monogrammed R. G. - German painter who lives in New York since 1973. G. started as photo realist painter, later he intregrated elements of pop art to his paintings without becoming a pop art artist. Since the 1990s he turned to abstraction. He invented the 'contact paintings', pressing together two freshly painted canvas a. thus creating new surprising pictures. - Mus.: Essen (Folkwang-Mus.), Emden, Shanghai (China Museum) a. others.