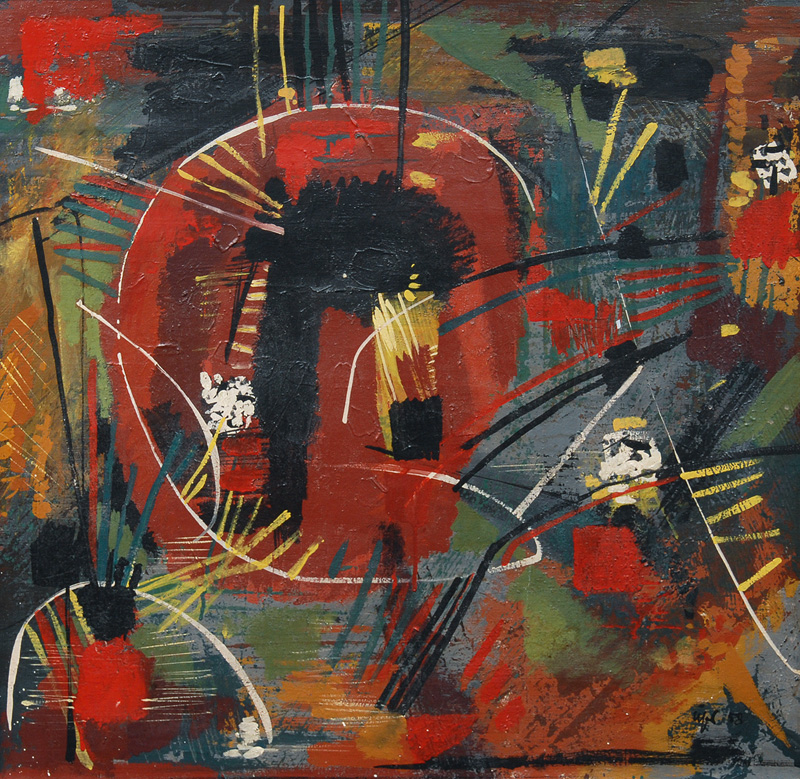 Oil/canvas, 75 x 75 cm, lo. ri. sign. a. dat. Ufer 58, on the reverse titled as well as sign. again. - Prov.: Estate of Hilde von Lang, managing director and publisher of the German weekly newspaper "Die Zeit", partner in life of Gerd Bucerius, founder of "Die Zeit" and patron of the arts. - Hamburg painter a. draughtsman, studied in 1928 at the school of applied arts in Berlin under C. Klein, thanks to a scholarship put across to him by K. Kollwitz a. M. Liebermann he continued his studies at the school of applied arts Charlottenburg under W. Breest, M. Deri a. K. Wehlte, 1937-40 he emigrated to Copenhagen, after the war he joined the "Gruppe 45" in Hamburg a. became lecturer at the Baukreis, according to a colour design developed by him the houses on Heligoland were repainted. - Lit.: Der Neue Rump.