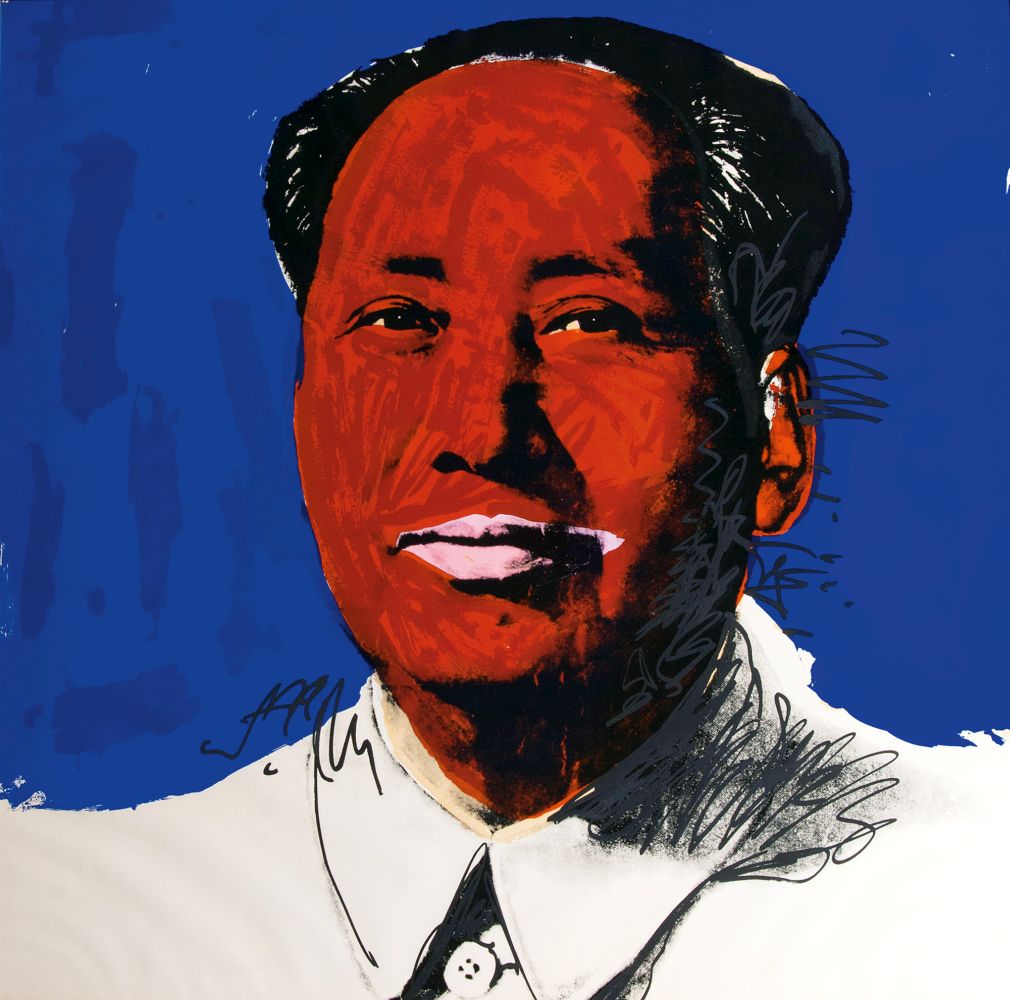 Silk screen in colours, 91,4 x 91,4 cm, on the reverse autographed Andy Warhol and num. A. P. 8/50 as well as copyright stamp 'Copyright © Andy Warhol 1972 printed at Styria Studio Inc.', framed under glass. - From the edition of 50 artist's proofs. - Following a suggestion of his dealer Bruno Bischofberger Warhol began creating a series of famous personalities of the 20th century. Warhol found the model of his Mao portrait on a cover of the 'Little Red Book', at that time widespread also in the West. The series nobilitates the autocrate as a hero of pop culture, on the other hand it mocks maoist ideology by dramatic combinations of colour and showing the party leader looking as if he wore make-up. - Literature: Feldman-Schellmann, II, 98. - Provenance: Private collection Hamburg since the early 1980s - Painter, graphic artist, film-maker and editor, one of the most important exponents of pop art. His serial works depicting consumer goods and celebrities are still among the icons of contemporary art.