German-French painter, graphic artist, draughtsman, sculptor a. writer. A. attended the Strasbourg art school in 1904 but went to the Weimar Kunstschule already in 1905 to study under L. von Hofmann. In 1908 he was at the Académie Julian in Paris. He worked for the almanac of the 'Blauer Reiter' in 1913, for H. Waldens 'Sturm'. In 1915 he moved to Zurich a. became co-founder of the 'Dada' movement. He finally settled in Paris in 1926. A. was in contact with the leading artist's of his time, among them M. Ernst, K. Schwitters a. P. Mondrian. He won many international prizes for his multifaceted a. creative work, among others, the prize of the Venice biennale, the Stefan Lochner medal, the Carnegie prize a. the legion of honour. Mus.: New York (Guggenheim), Amsterdam (Stedelijk Mus.), Berlin (Nat.-Gal.), London (Tate) a. others. Lit.: Saur, Vollmer a. others. 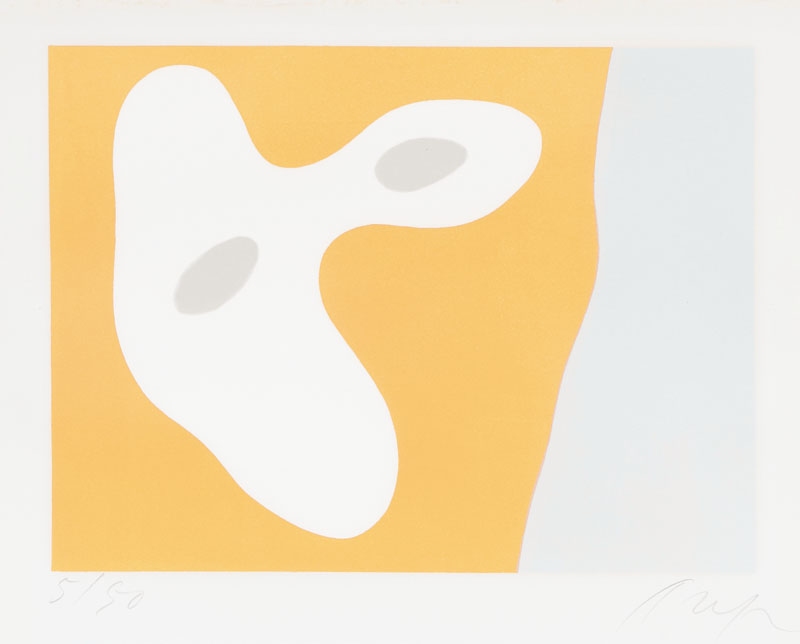 You would like to buy a work by Hans (Jean) Arp?

You would like to sell a work by Hans (Jean) Arp?