German landscape painter. F. studied 1871-73 at the Weimar Kunstschule under M. Schmidt and Th. Hagen. Until 1876 he lived in Düsseldorf before moving to Berlin where he became professor in 1894. After travelling extensively in his early years he painted many Italian subjects, later he turned to German landscapes. Mus.: Berlin (Nat. Gall.), Hamburg (Kunsthalle), Weimar a. others. Lit.: AKL, Thieme-Becker a. others. 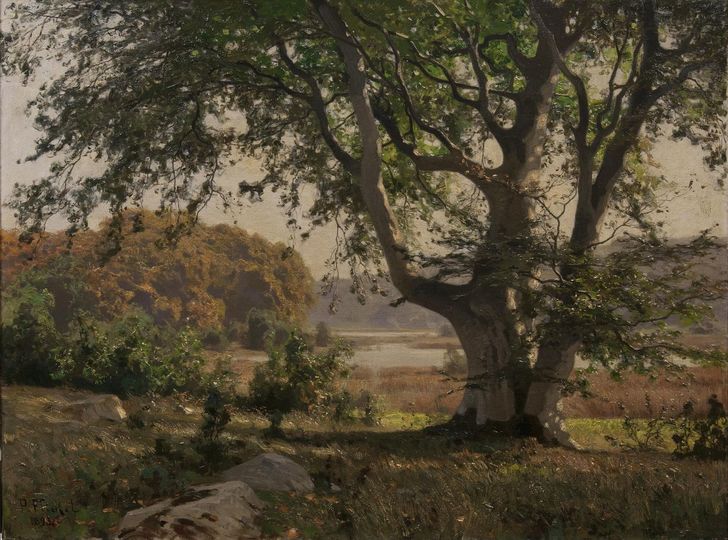 You would like to buy a work by Paul Flickel?

You would like to sell a work by Paul Flickel?