Dutch architect and painter. A. grew up in Java and studied architecture in Amsterdam. Back in Indonesia he worked as architect before turning to painting before 1924. He travelled extensively in Asia and Europe. He returned to the Netherlands in 1940 but clang to Indonesian subjects. He is considered to be one of the most important artists of Dutch Indonesia. Lit.: AKL, Scheen. 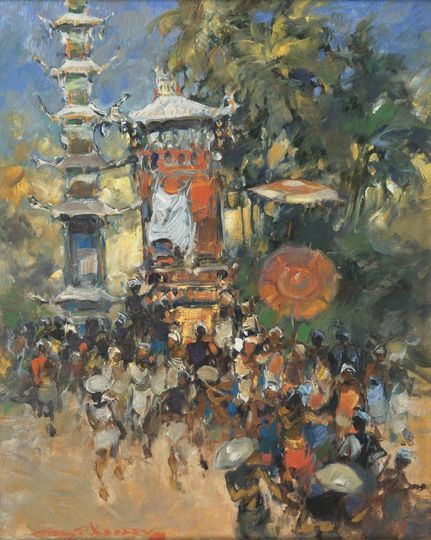 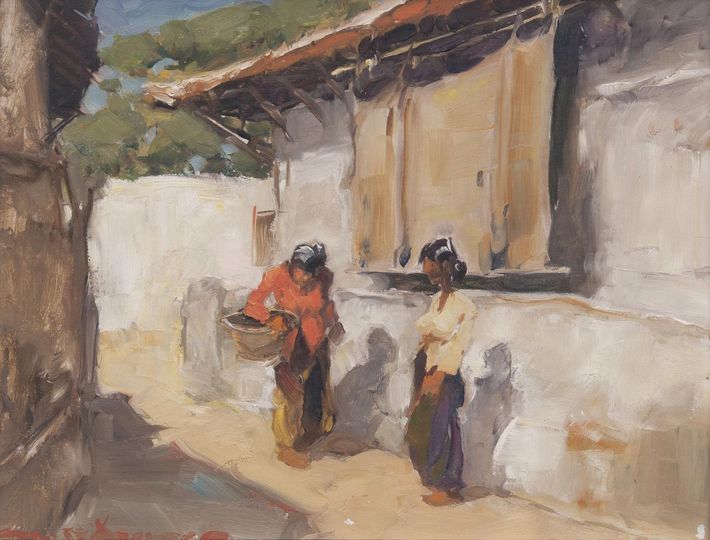 A chat in the street 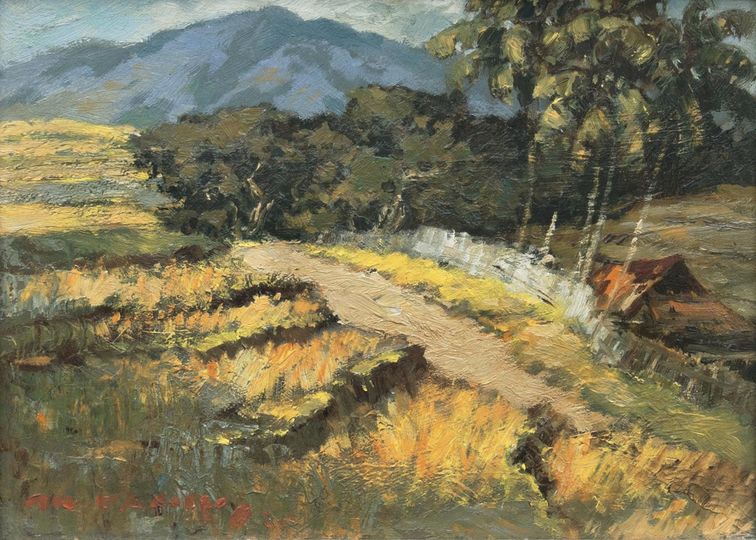 Village near Wlingi in Indonesia

You would like to buy a work by Gerard Pieter Adolfs?

You would like to sell a work by Gerard Pieter Adolfs?