German painter. S.was born in a family of painters in Mecklenburg. He received first drawing lessons from his father Rudolph S., later studied in Berlin, Paris and Copenhagen. In 1861 he was in St. Petersburg, where he became member of the Academy of Arts. In 1898 he moved to Munich. His work includes portrait and historical pictures and he was popular as a horse painter. Mus.: Schwerin Lit.: Vollmer 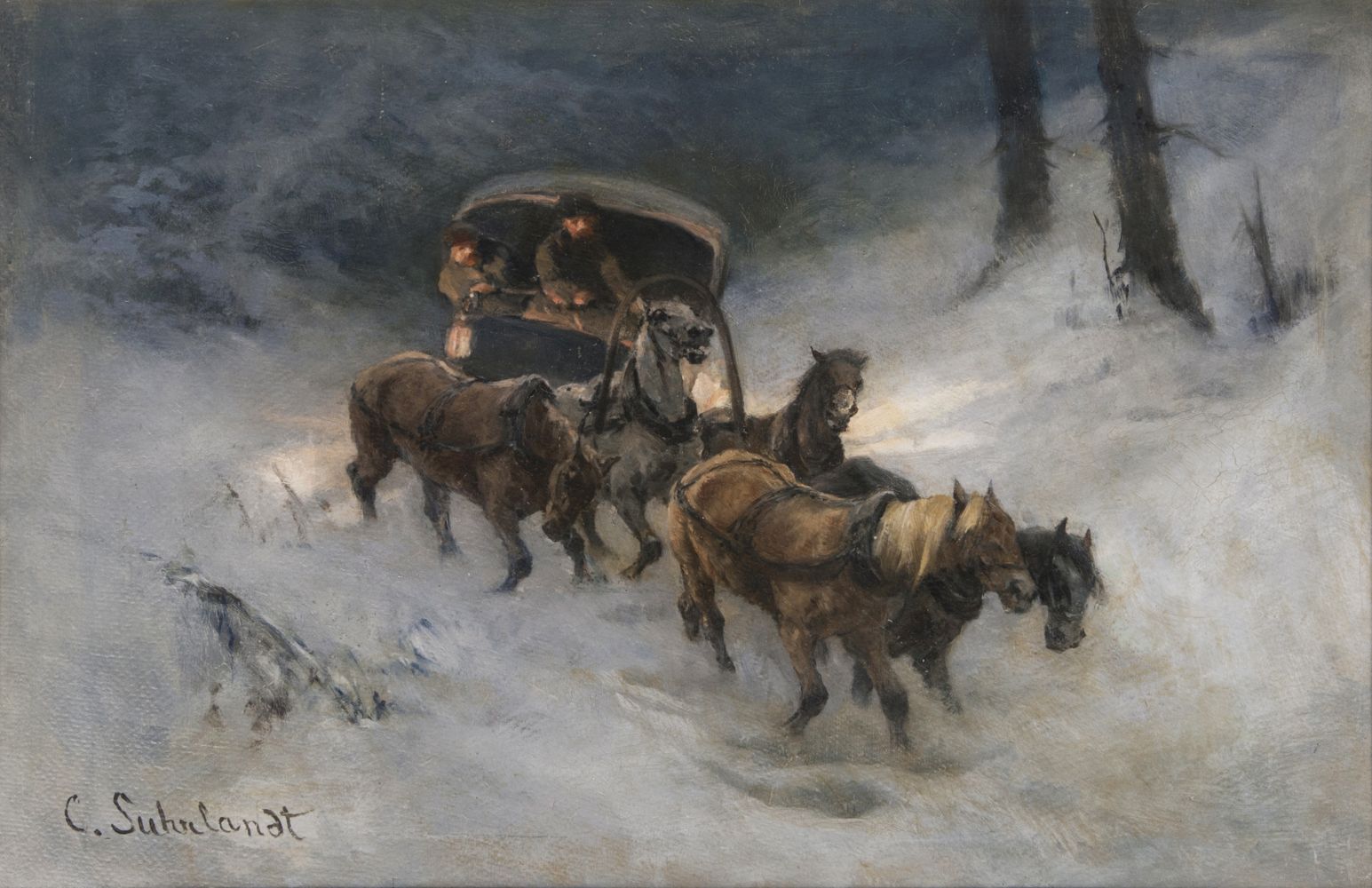 Carriage drawn by horses in a snowy forest

You would like to buy a work by Carl Suhrlandt?

You would like to sell a work by Carl Suhrlandt?