German portrait and history painter, son of the portrait painter of the same name. K. studied at the Nuremberg art school and was also trained by his father. In 1871 he moved to Munich where he soon became one of the most sought-after portrait painters not only of Germany. In 1886 he became director of the Munich academy as successor of K. von Piloty; the same year he was ennobled. Mus.: Munich (Neue Pinakothek), Berlin (Nat.-Gal.), Vienna (Gem.-Gal.), Cologne (Wallraf-Richartz-Mus.), New York (Metrop. Mus.), Leipzig a. others. Lit.: Thieme-Becker, Bénézit a. others. 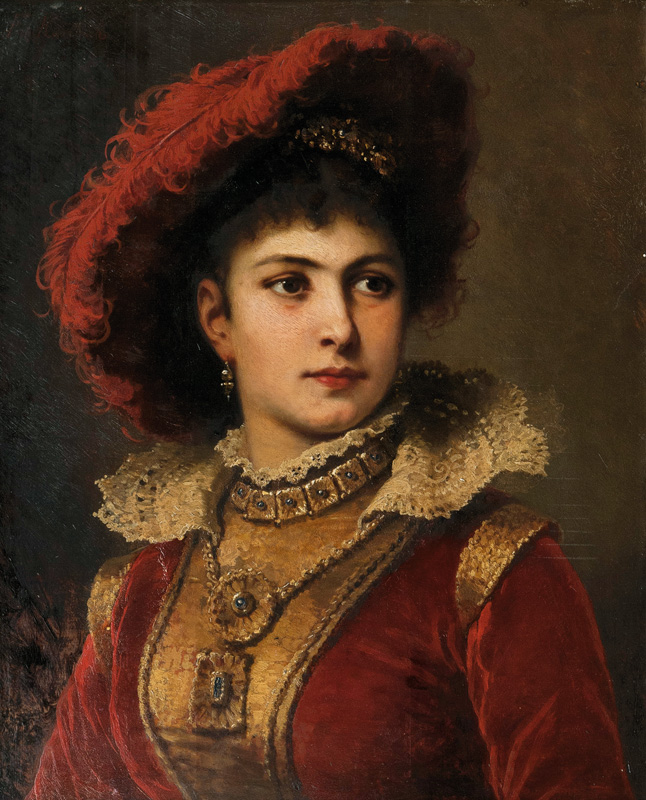 You would like to buy a work by Friedrich August von Kaulbach?

You would like to sell a work by Friedrich August von Kaulbach?