One of the most famous German animal painters. K. studied at the Karlsruhe academy among others by L. von Kalckreuth and later settled in Klausen in Tyrol. His works were shown on major exhibitions, in Munich, Berlin a. St. Louis he was awarded gold medals. After the outbreak of World War I he settled in Dießen by the Ammersee, but also made trips to Lake Constance to study the effects of large water expanses. Mus.: Munich (Neue Pinakothek), Chemnitz, Graz, Breslau, Bucharest a. others. Lit.: Thieme-Becker, Vollmer, Bénézit, Stein/Koester: A.K., Leben und Werk, 1988. 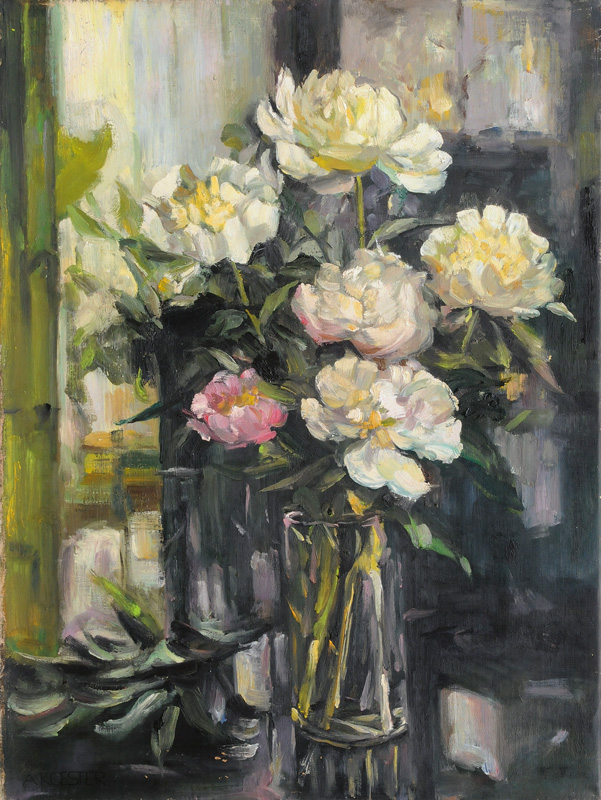 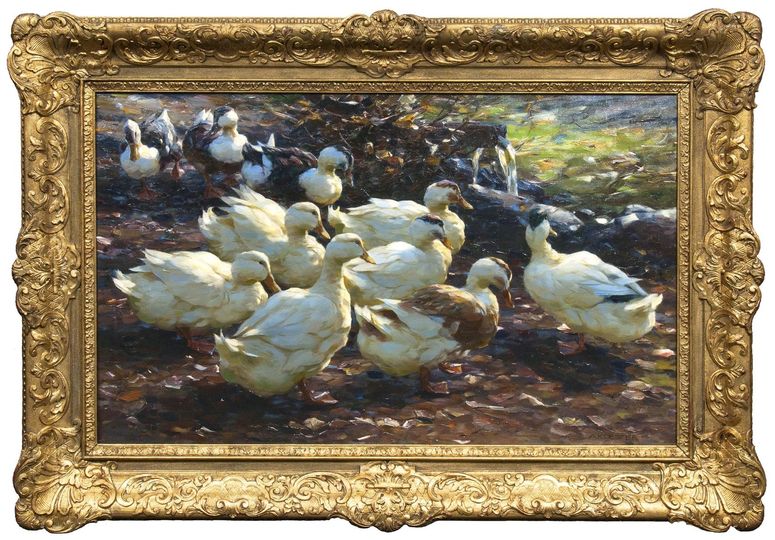 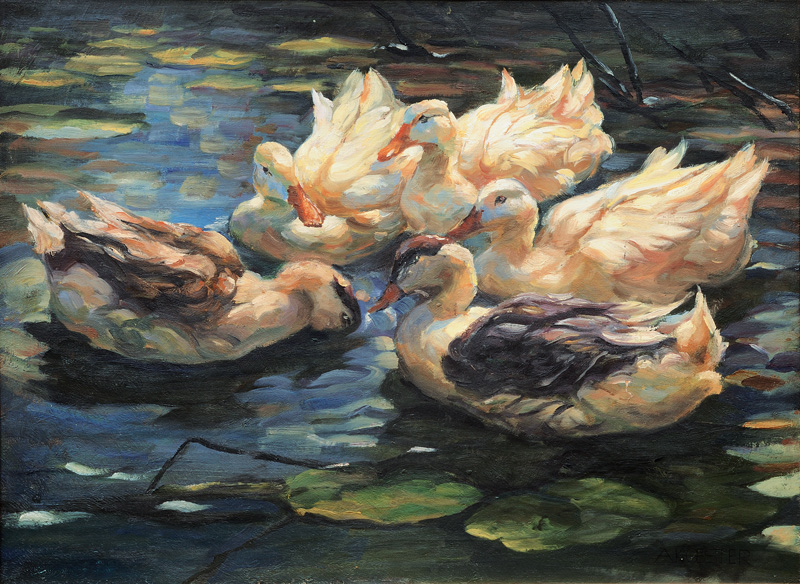 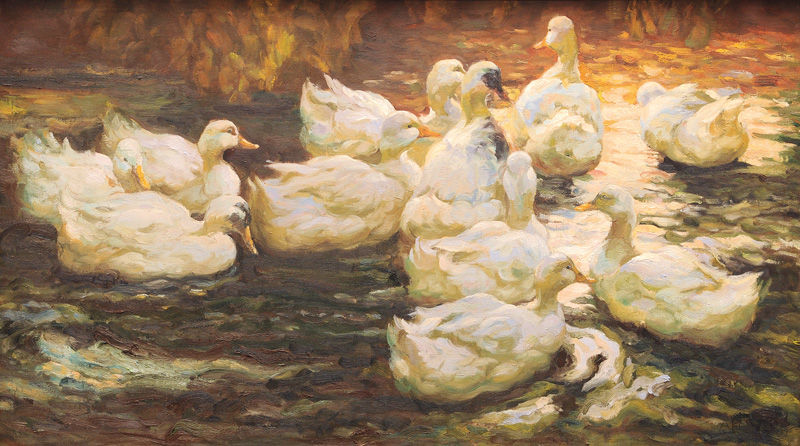 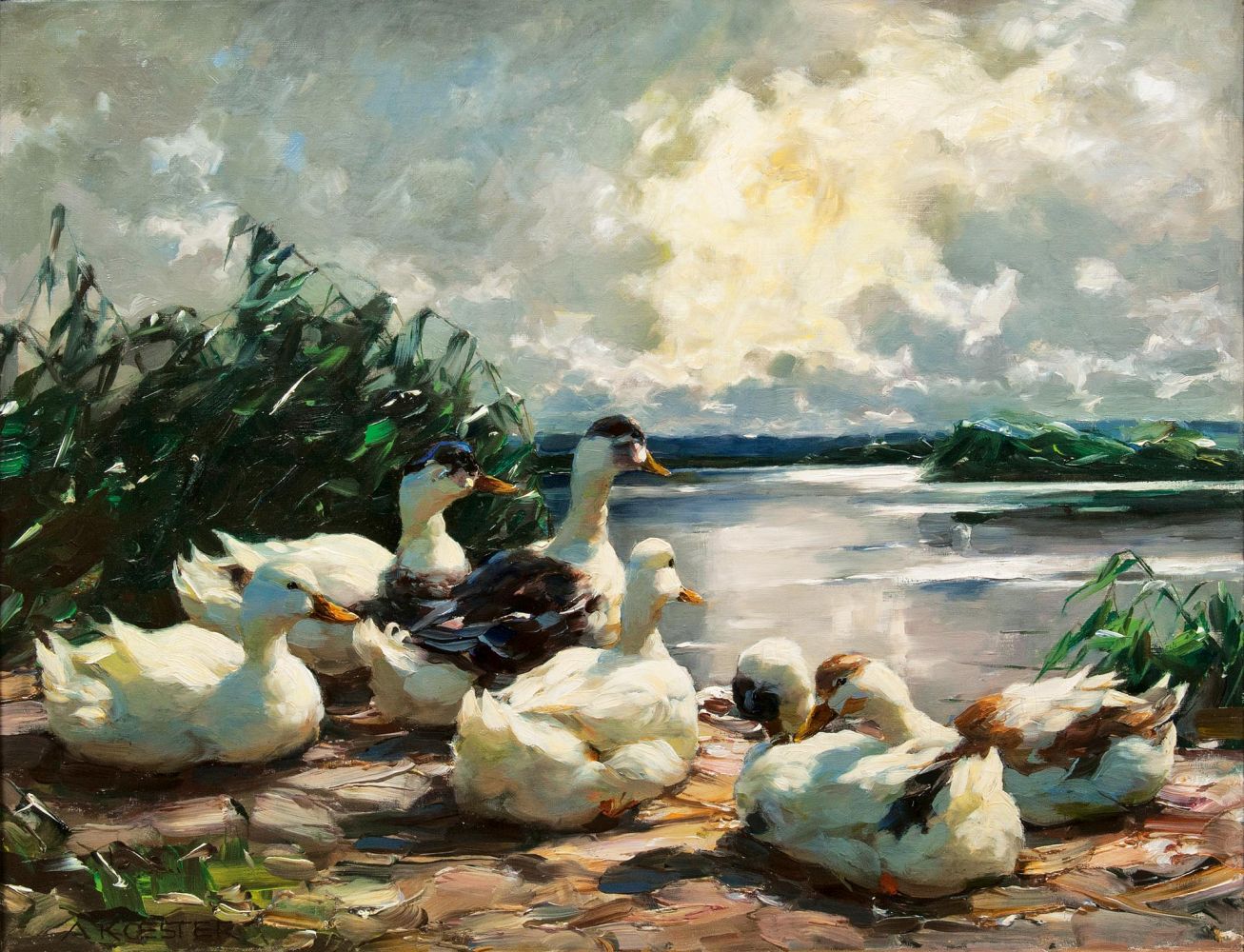 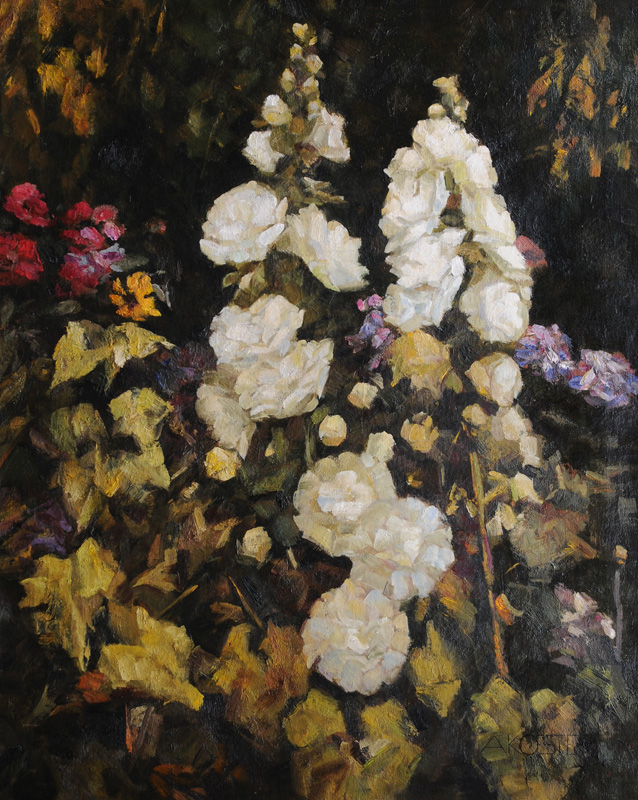 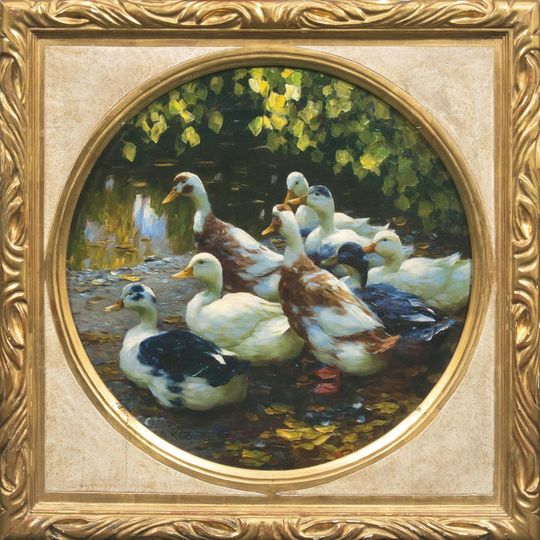 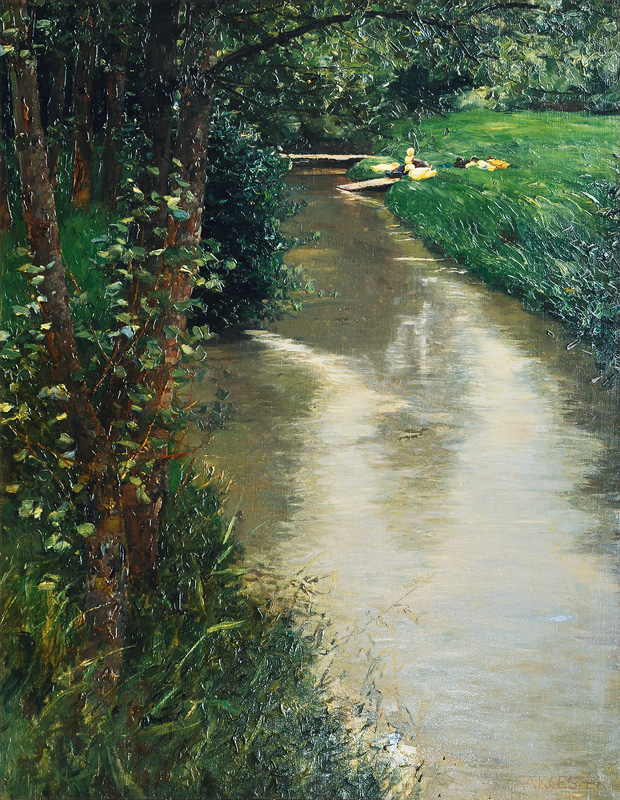 Ducks by a Creek

You would like to buy a work by Alexander Koester?

You would like to sell a work by Alexander Koester?