German animal, landscape a. portrait painter, main exponent of the famous Palatian artist's dynasty. R. was trained in Amsterdam in the studio of G. Dujardin. R. adopted the subject of herdsmen a. animals in italiante landscapes from Karel Dujardin, C. van Bie, B. Gaat a. N. Berchem, but was probably never in Italy. In 1664 he became painter to the court in Heidelberg but left that position already in 1667 to settle in Frankfurt. He died when his house burnt down in 1685. R. was one of the most sought-after painters of his time a. was called 'Raffel of all animal painters' by his contemporaries, althougt he mainly worked as portrait painter since the 1650s. Mus.: Berlin (Gem.-Gal.), Munich (Alte Pinakothek), Vienna (Kunsthist. Mus.), Dresden (Gal. Alte Meister), Frankfurt (Städel) a. others. Lit.: Thieme-Becker, Bénézit, Jedding: Der Tiermaler J. H. R., 1955, ders.: J. H. R. Werke einer Pfälzer Tiermalerfamilie in den Galerien Europas, 1998 a. others. 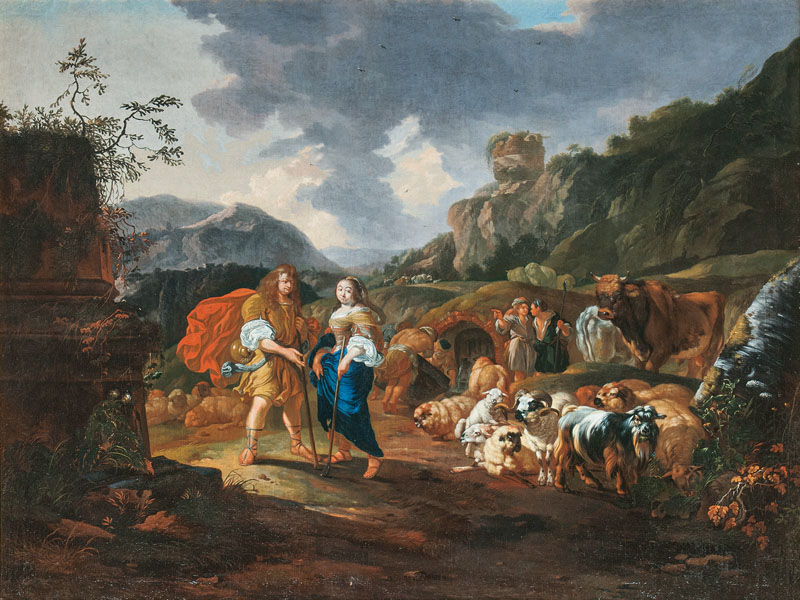 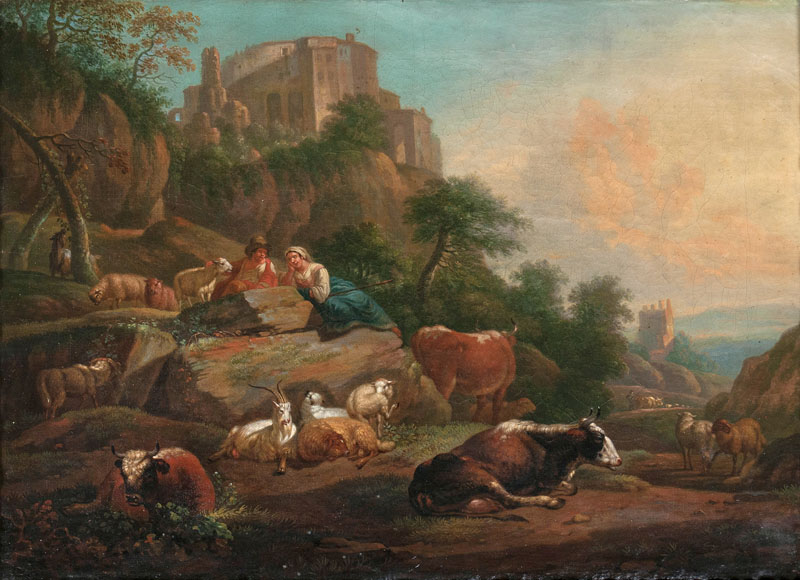 Southern Landscape with Herdsmen and Flock