German painter, sculptor, draughtsman a. graphic artist, a main exponent of symbolism. K. studied since 1874 under K. Gussow in Karlsruhe a. Berlin. Since 1878 he exhibited at the Berlin academy, but went to Brussels in 1879 to continue his studies under E. Wauters. In 1895 he moved to Leipzig where he later became professor. He was member of the artist's group 'Gruppe der XI' in Berlin a. founding director of the Villa Romana society. K. was one of the most versatile a. successful artists of his time. Mus.: Vienna (Kunsthistorisches Mus.), Leipzig, Dresden (Albertinum), Cologne (Wallraf-Richartz-Mus.) a. others. Lit.: Thieme-Becker a. others. 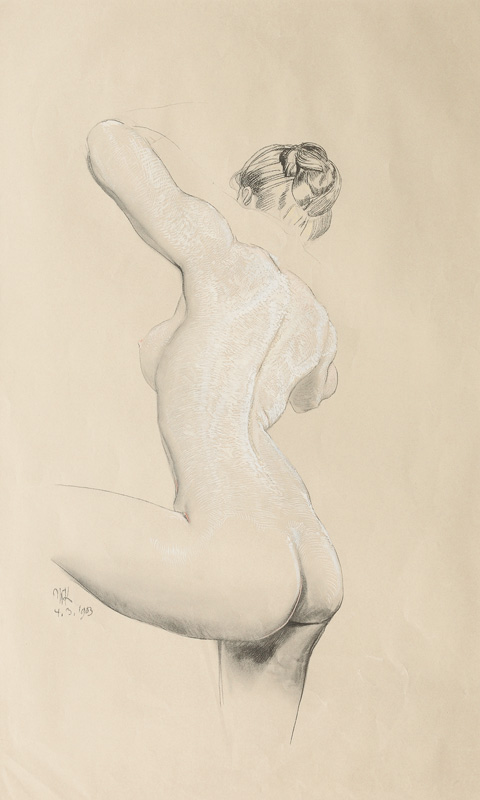 Back View of a Nude 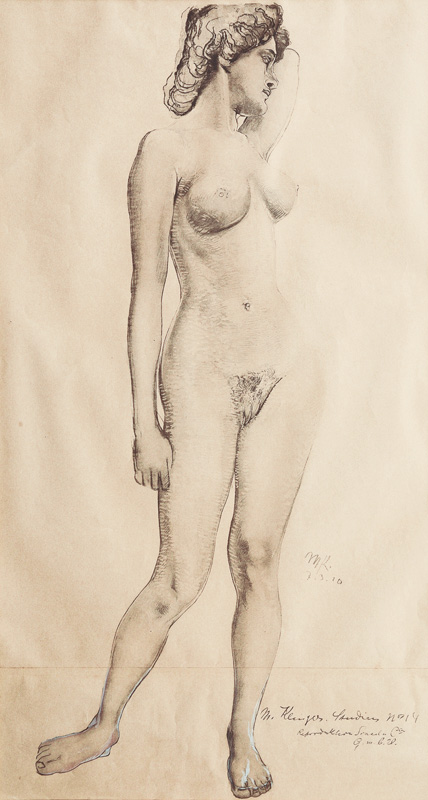 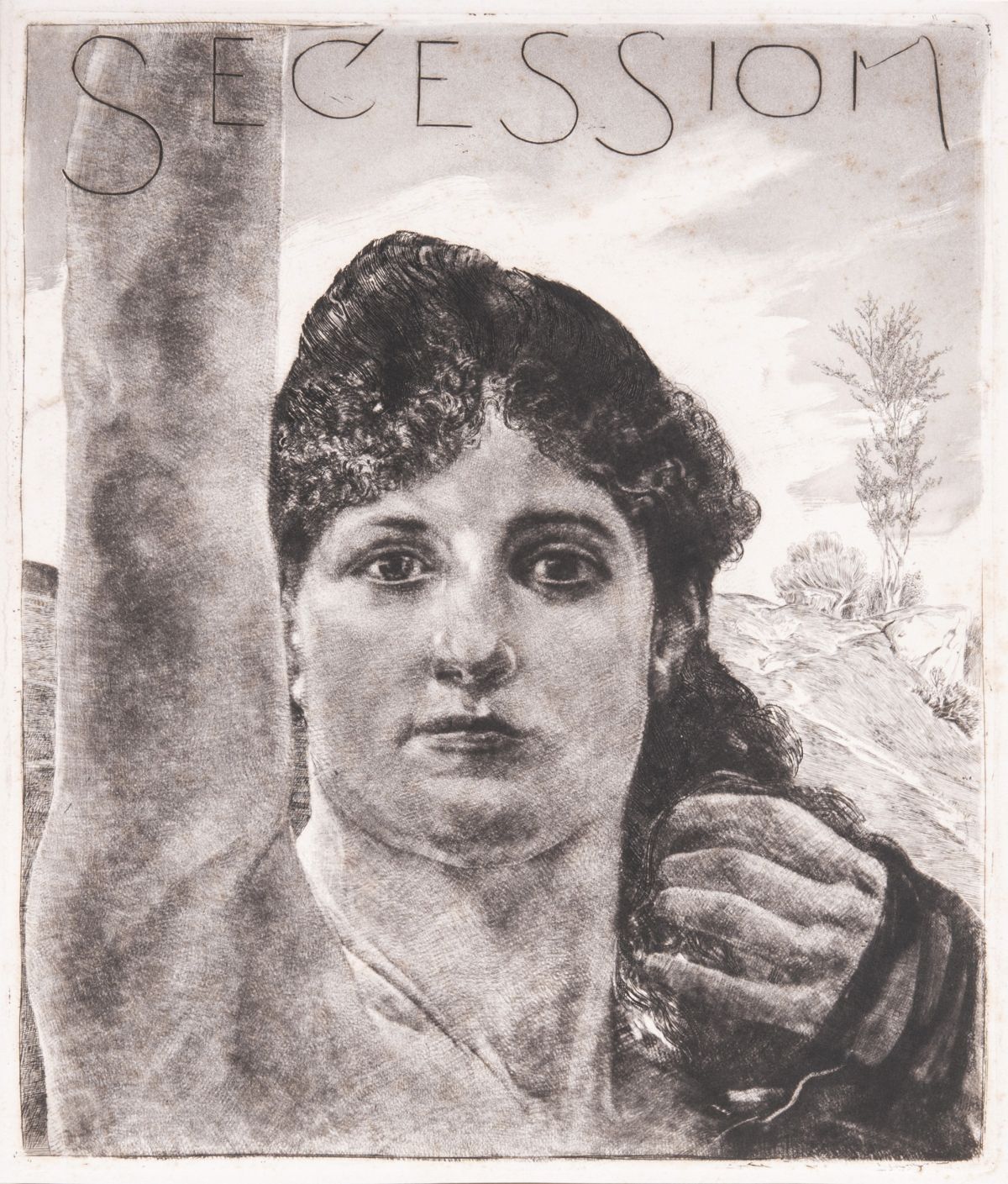 You would like to buy a work by Max Klinger?

You would like to sell a work by Max Klinger?