Immendorf is one of most popular contemporary German artists. He studied at the Düsseldorf academy, among others under J. Beuys, and became a close friend of A. R. Penck who still lived in the GDR at that time. I. had his breakthrough with the series 'Café Deutschland'. He was professor among others at the Frankfurt and Düsseldorf universities, and exhibited among others at the Documenta and at the Venice Biennale. Mus.: Paris (Centre Pompidou), London (Tate), Cologne (Mus. Ludwig), Essen (Folkwang Mus.), Hamburg (Kunsthalle), The Hague (Gemeentemus.), Los Angeles (MOCA), Chicago (Art Institute).

Fascist on a Chair 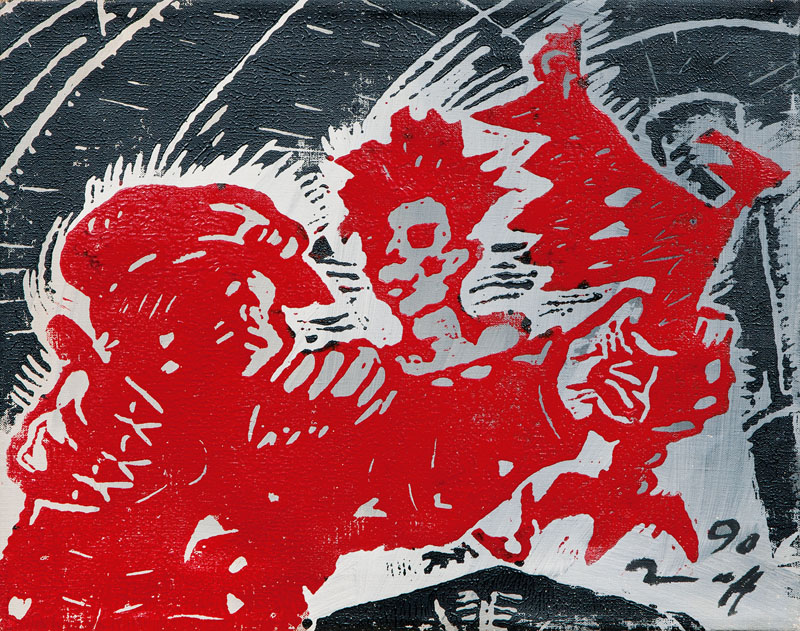 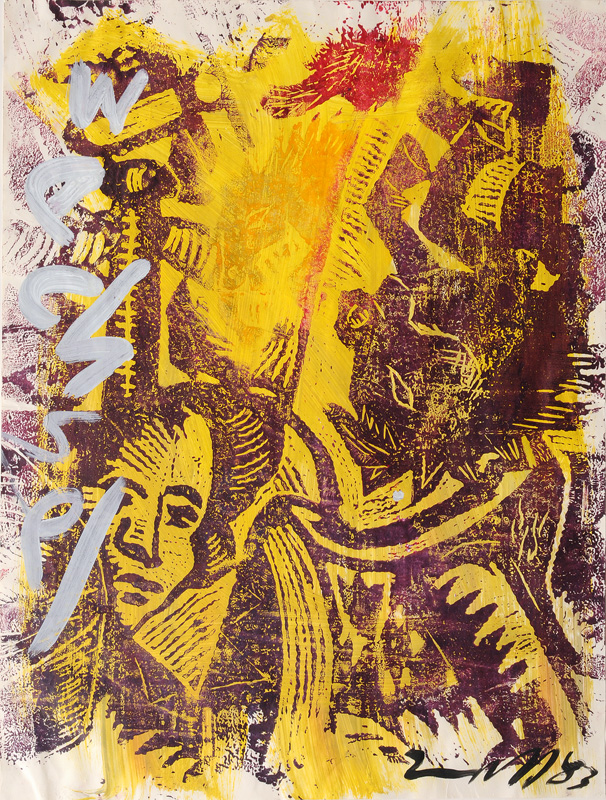 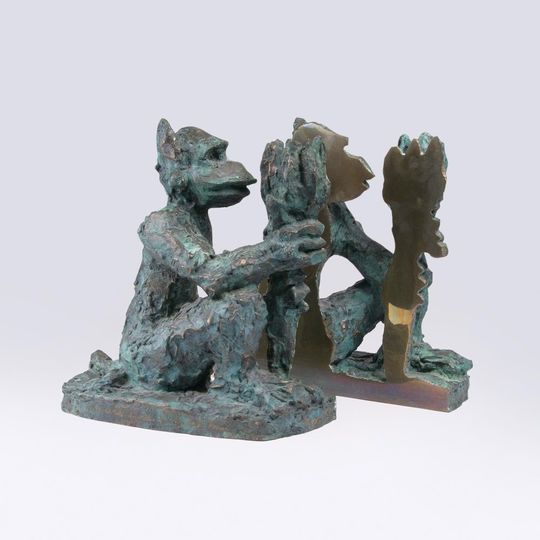 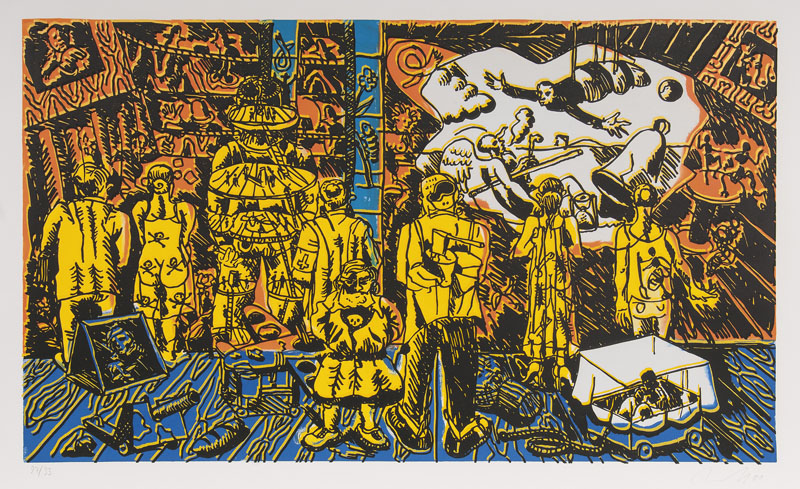 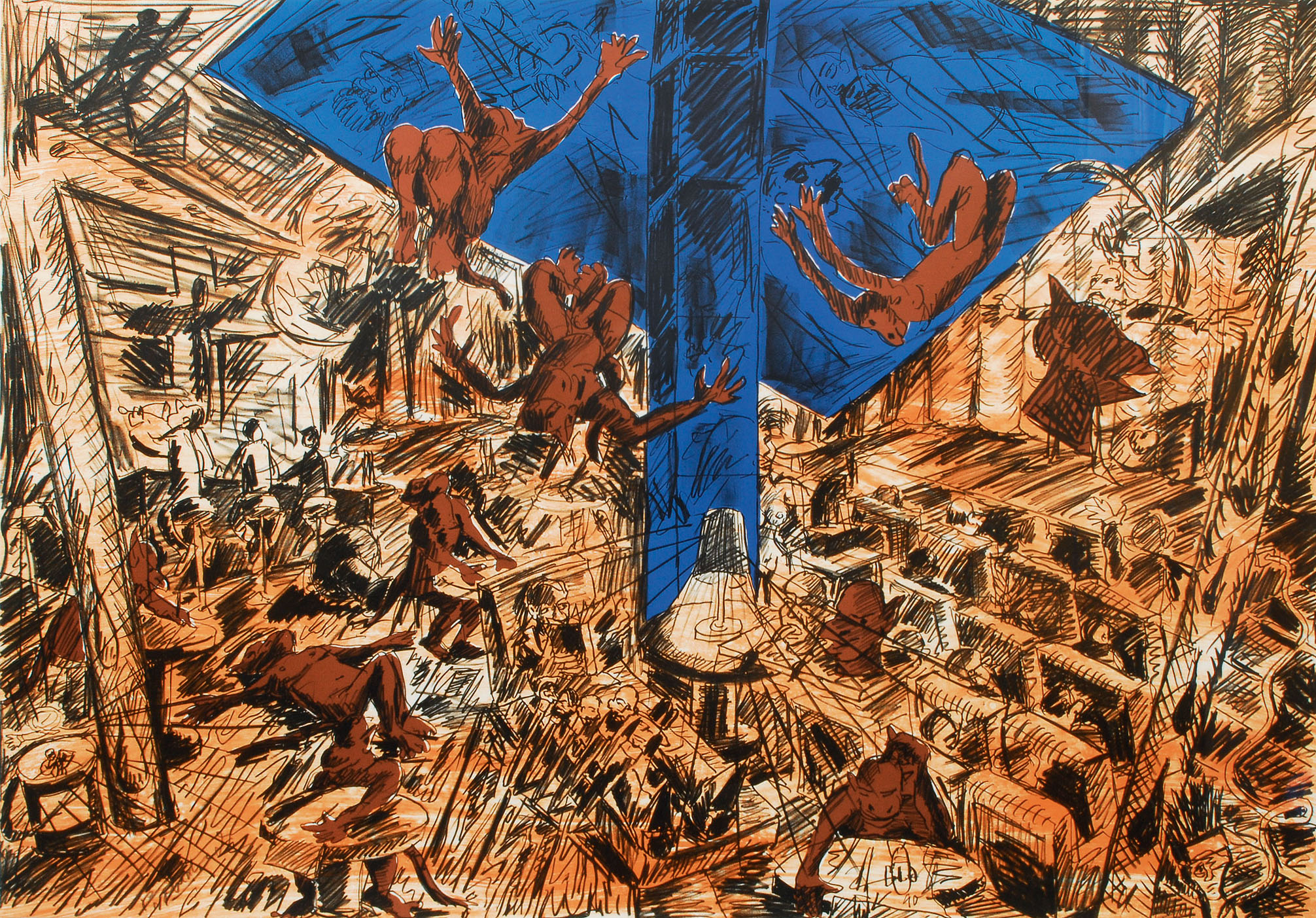 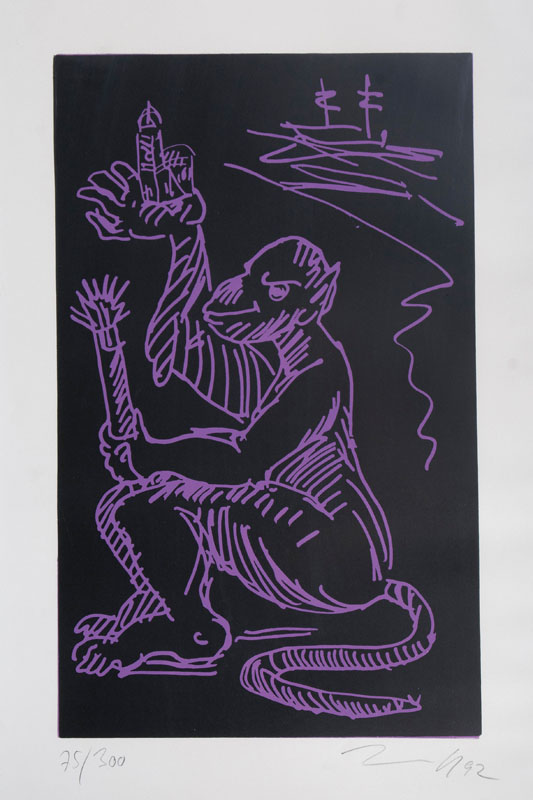 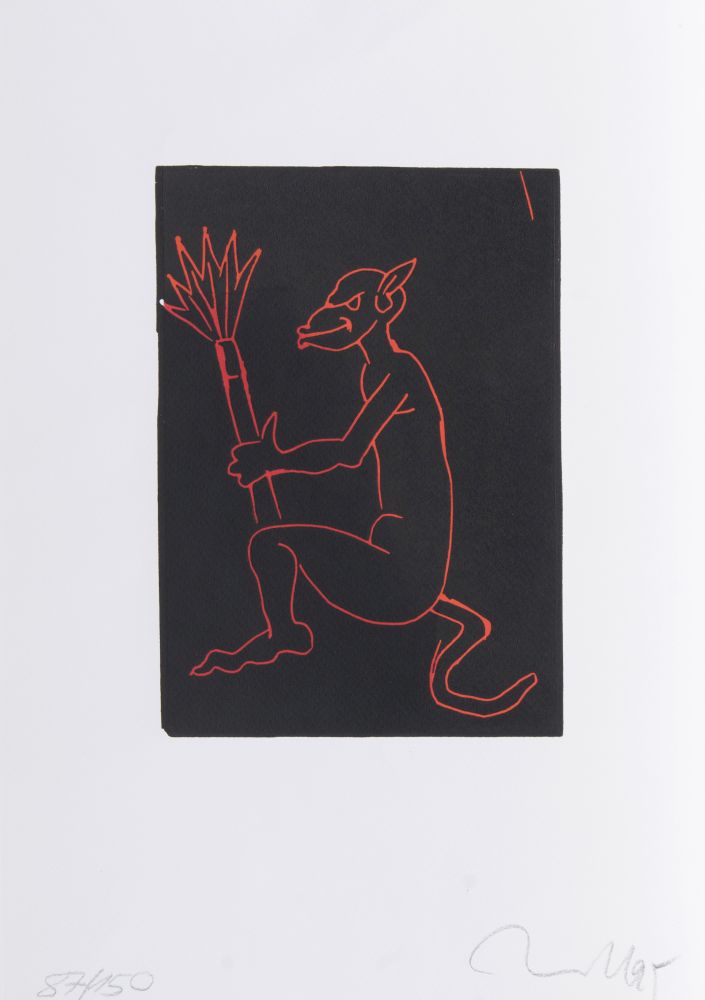 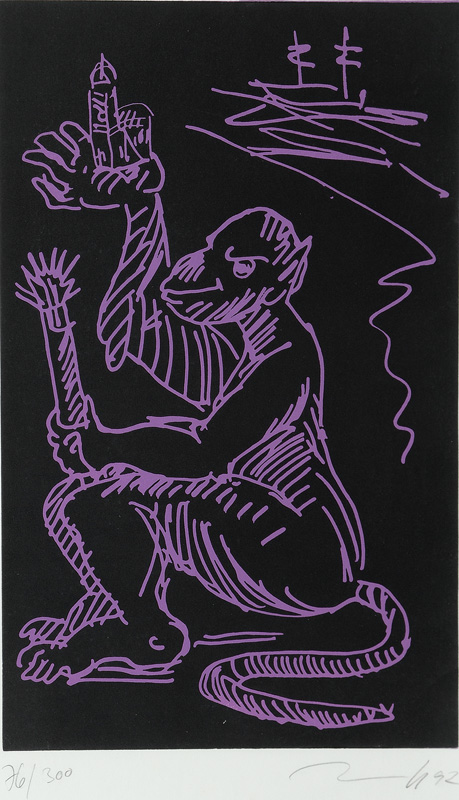 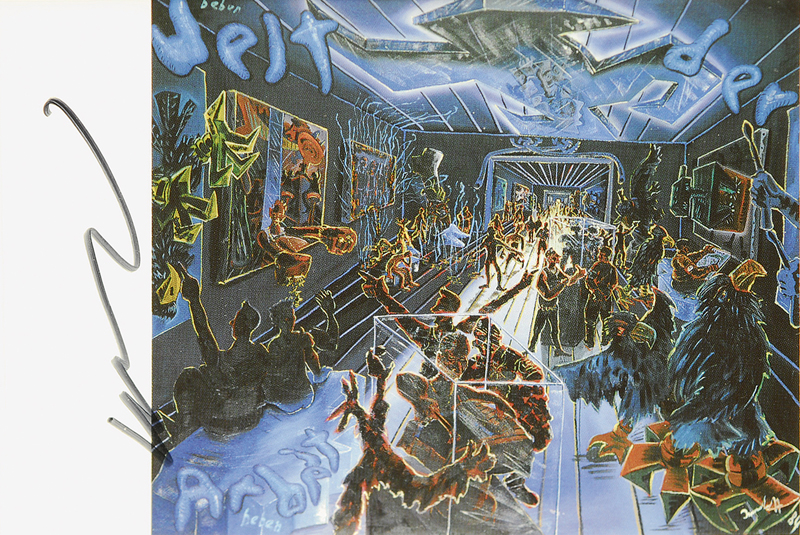 You would like to buy a work by Jörg Immendorff?

You would like to sell a work by Jörg Immendorff?