German marine and landscape painter. D. is the most important marine painter of the Düsseldorf painting school next to A. Achenbach. He began studying at the Hamburg art school, 1885/86 he studied at the Düsseldorf academy, 1887-93 at the Weimar academy under L. von Kalckreuth and Th. Hagen. In 1895 he settled in Düsseldorf where he joined the artist's group 'Malkasten' and became professor in 1916. He also worked in his studio on Sylt every year and travelled extensively. Mus.: Düsseldorf, Weimar, Kiel, Flensburg a. others. Lit.: AKL, Thieme-Becker a. others. 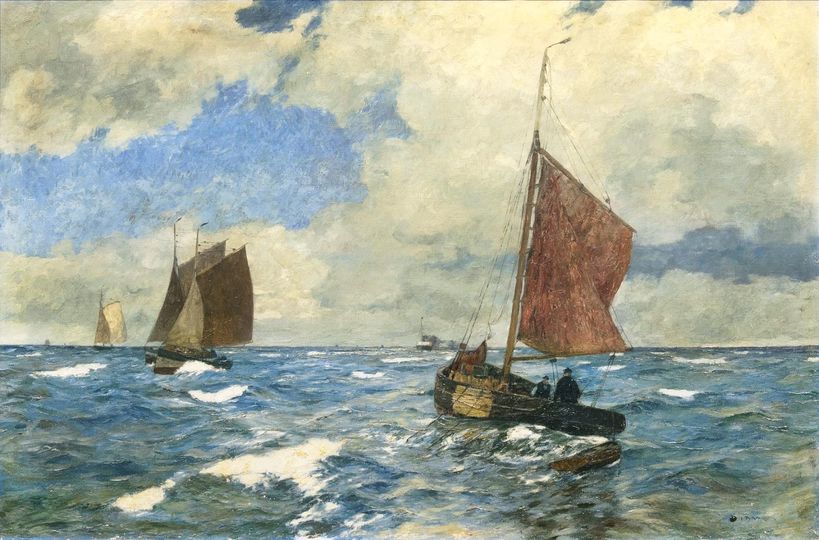 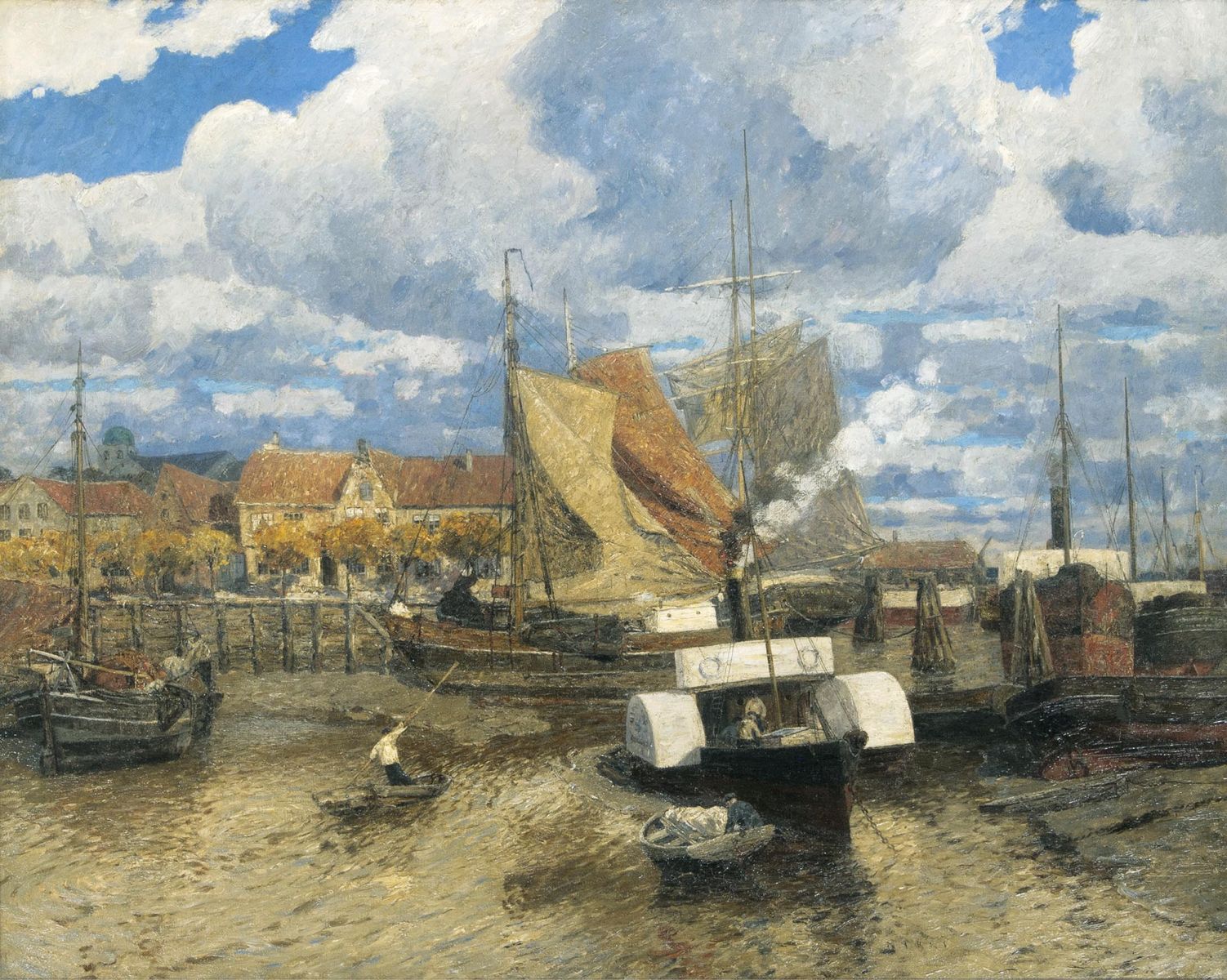 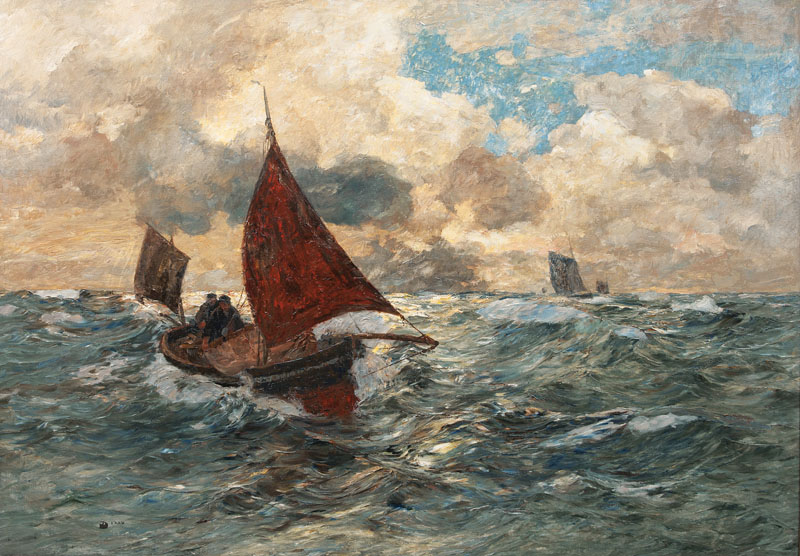 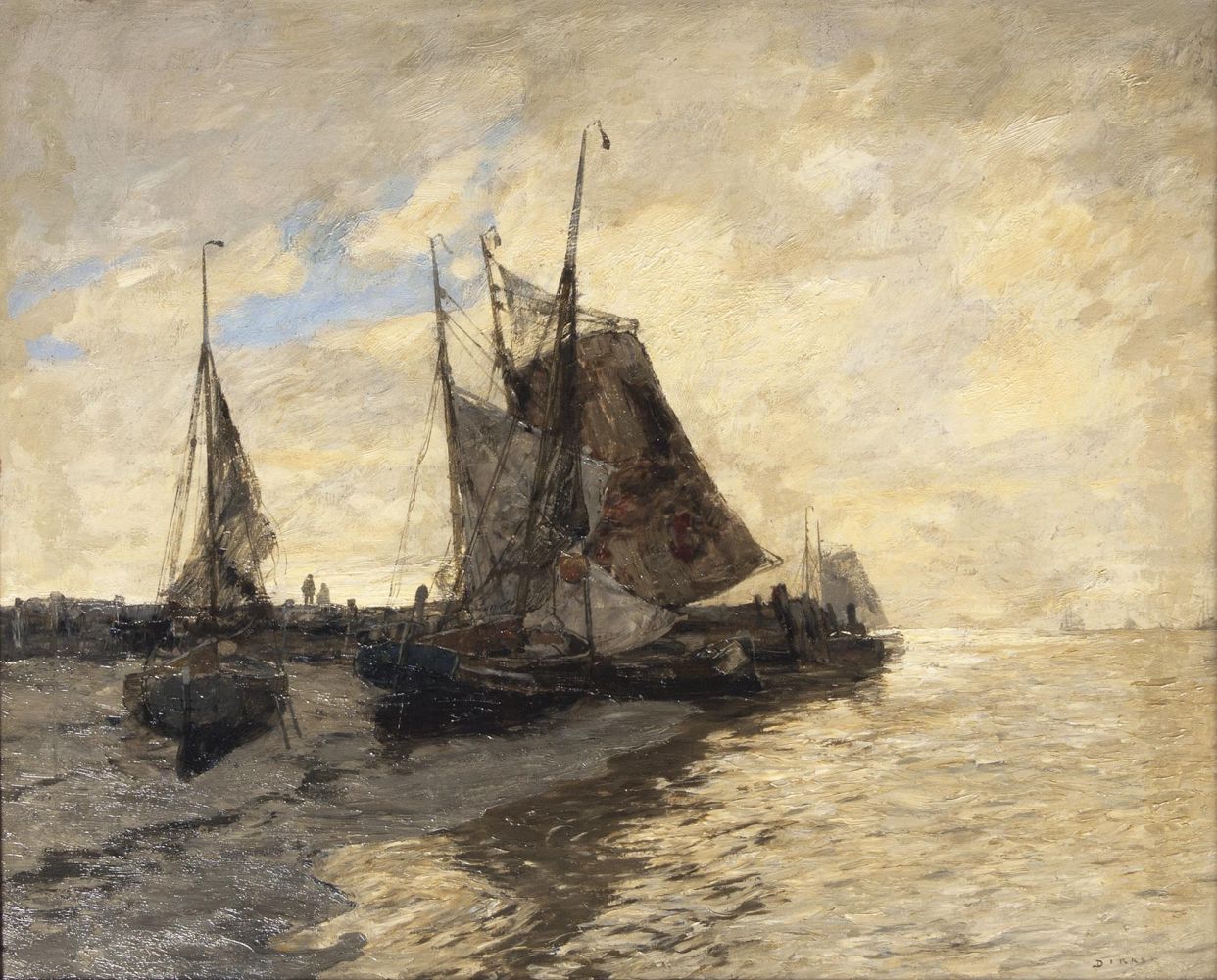 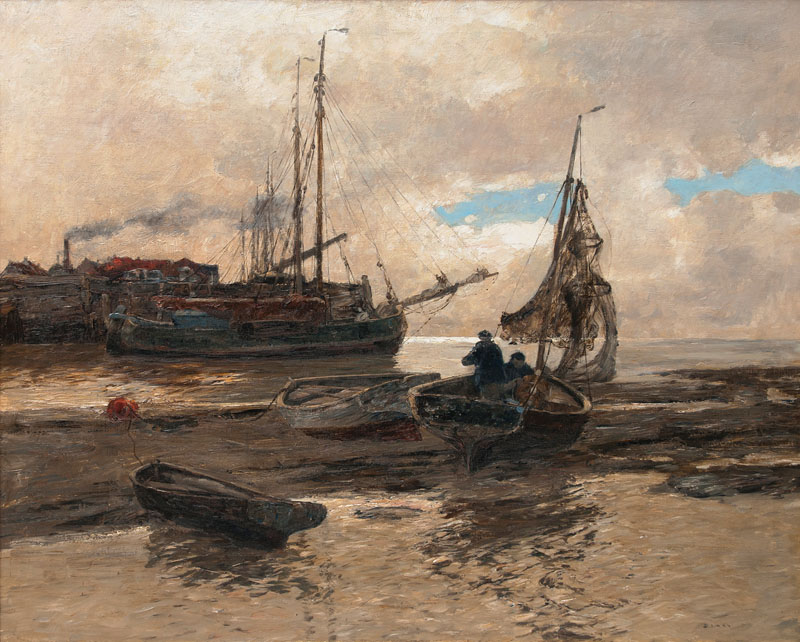 By the Coast of the North Sea

You would like to buy a work by Andreas Dirks?

You would like to sell a work by Andreas Dirks?