Polish painter. M.-C. initially studied at the Cracow art school under J. Matejko. In 1885 he went to Paris a. continued his studies among others under. J. P. Laurent a. T. Robert-Fleury. He travelled Europe a. settled in Cracow in 1893; in 1921 he moved on to Posen. Even more sought-after than his history paintings were his portraits for which he won many prizes. Lit.: Thieme-Becker. 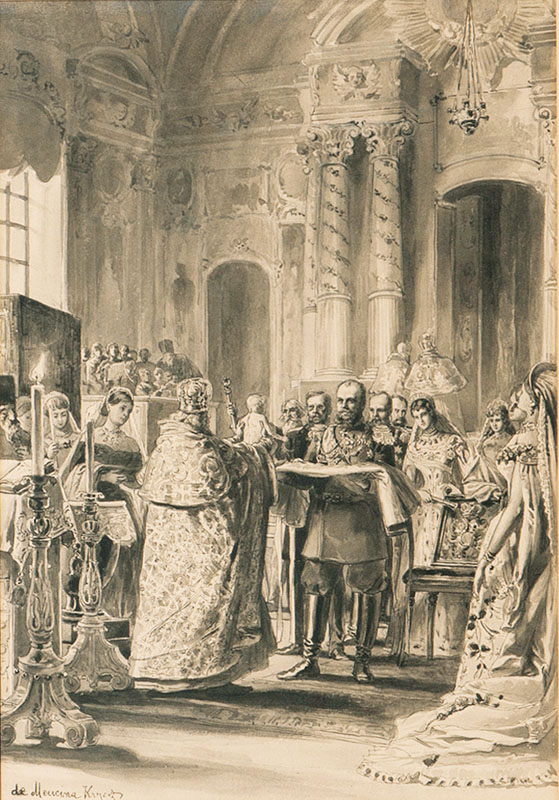 The Baptism of the future Tsar Nicholas II

You would like to buy a work by Jozef Mencina-Krzesz?

You would like to sell a work by Jozef Mencina-Krzesz?