One of the leading contemporary Polish painters a. graphic artists. D. studied 1946-51 at the Warsaw academy under J. Cybis. With a scholarship of France he studied in Paris 1958-59, with a scholarship of the Ford Foundation he travelled the USA in 1962. 1965-90 he taught painting at the Warsaw academy, in 1990 he emigrated to the USA. Starting from post-impressionis D. took up informel painting by the late 50s. Later he developed a style that took up forms from nature a. organized them in tight tectonic patterns. D. exhibited all over the world, among others at the Biennale in Venice as early as 1956. Mus.: New York (MoMA), Vienna (Albertina), Warsaw (Nat. Mus.) a. others. Lit.: Saur, Vollmer a. others. 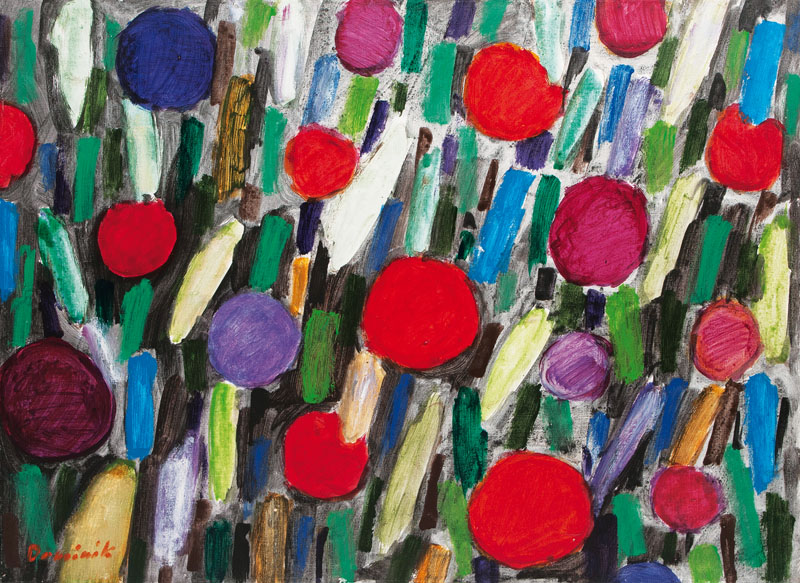 You would like to buy a work by Tadeusz Dominik?

You would like to sell a work by Tadeusz Dominik?