South Tyrolian painter a. woodcutter. M. studied at the Munich academy udner G. von Hackl a. L. Herterich. After travelling Germany a. Italy he continued his studies at the Académie Julian in Paris. Subsequently he travelled Brittany, the landscape a. people of which were to play an important role in his oeuvre. By absorbing the Japanese style a. technique of woodcutting he developed into one of the most important woodcutters of his time. Lit.: Thieme-Becker, Vollmer. 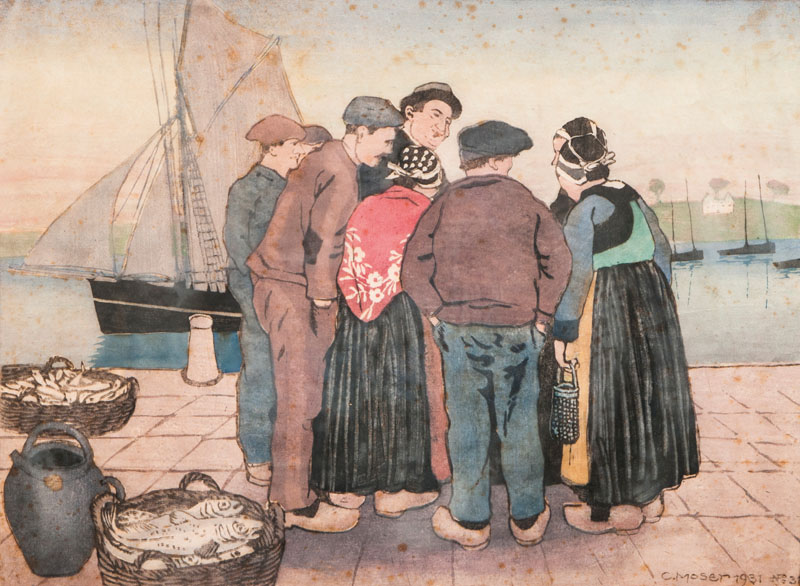 Fishermen in the Haven

You would like to buy a work by Carl Moser?

You would like to sell a work by Carl Moser?