German landscape painter. Already as a child he took lesson with Ph. Franck. After being trained as stage designer he studied at the Berlin Hochschule für Bildende Künst in Berlin under Fr. Kallmorgen a. U. Hübner. Since 1912 he exhibited at the Große Berliner Kunstausstellung as well as at the Munich Glaspalast. An injury in WW I forced to paint with his left hand afterwards; nonetheless he won the Rome prize in 1919. One year later he settled in Potsdam. Mus.: Berlin (Nat.-Gal.), Potsdam. Lit.: Thieme-Becker, Vollmer. 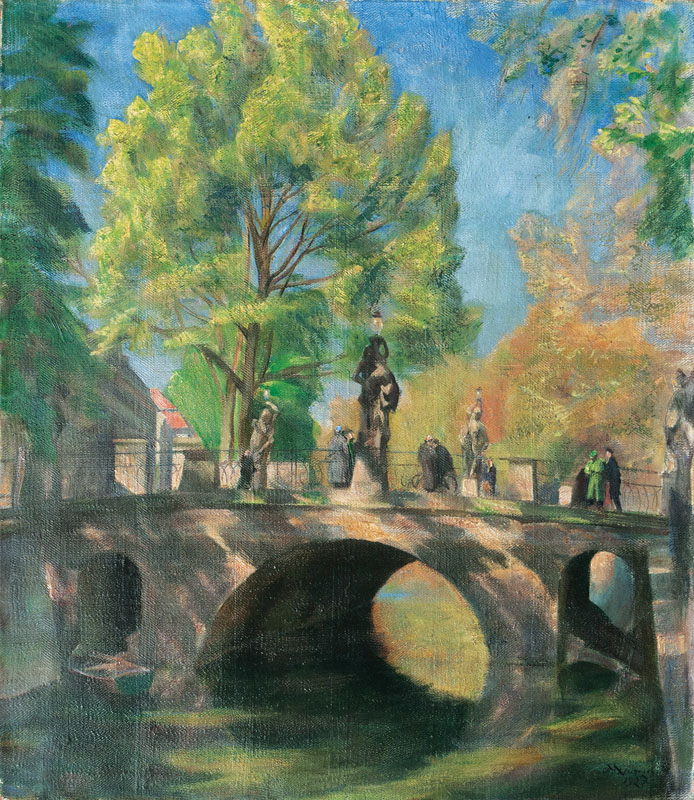 The Breite Brücke in Potsdam

You would like to buy a work by Otto Heinrich?

You would like to sell a work by Otto Heinrich?