German figure a. landscape painter, studied at the Düsseldorf academy until 1914 when entering army service, after the war he was in East Frisia with O. Pankok a. G. Wollheim, thereafter he continued his studies at the Düsseldorf academy as master student of H. Nauen, in 1922 he became member of the artists group 'Junges Rheinland'. Mus.: Düsseldorf. Lit.: Thieme-Becker, Vollmer, Ulrich Krempel: Am Anfang: Das Junge Rheinland. 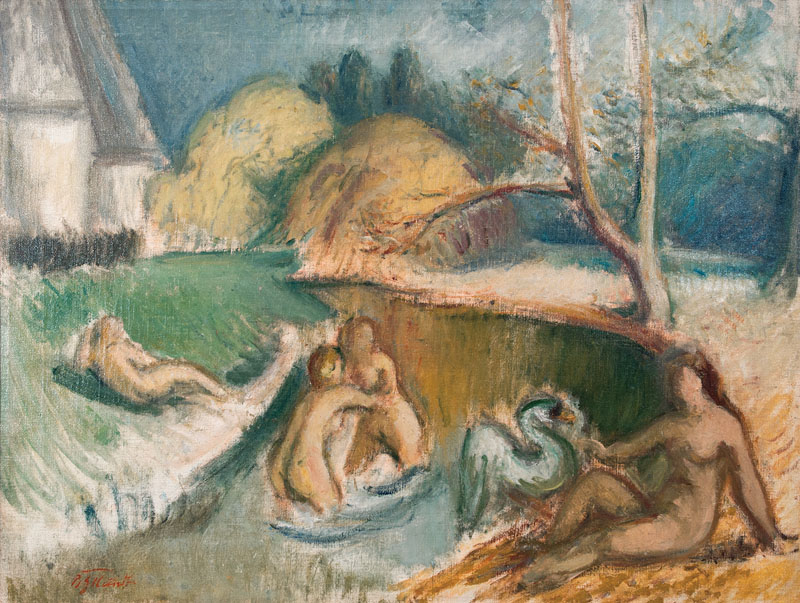 You would like to buy a work by Johann Baptist Hermann Hundt?

You would like to sell a work by Johann Baptist Hermann Hundt?