French painter, graphic artist a. ethnologist, studied painting in Paris 1916-21 under F. Cormon, temporarily he worked as a sailor, in 1933 he accompanied an expedition to Greenland as painter, as a result he worked as ethnologist at the Paris Musée d'Homme, he supported the culture of Brittany a. published a standard work on its traditional costumes, Brittany was also the place where he foung most of his motifs. Mus.: Brest, Quimper, Rennes, Saint-Brieuc. Lit.: Saur, Bénézit. 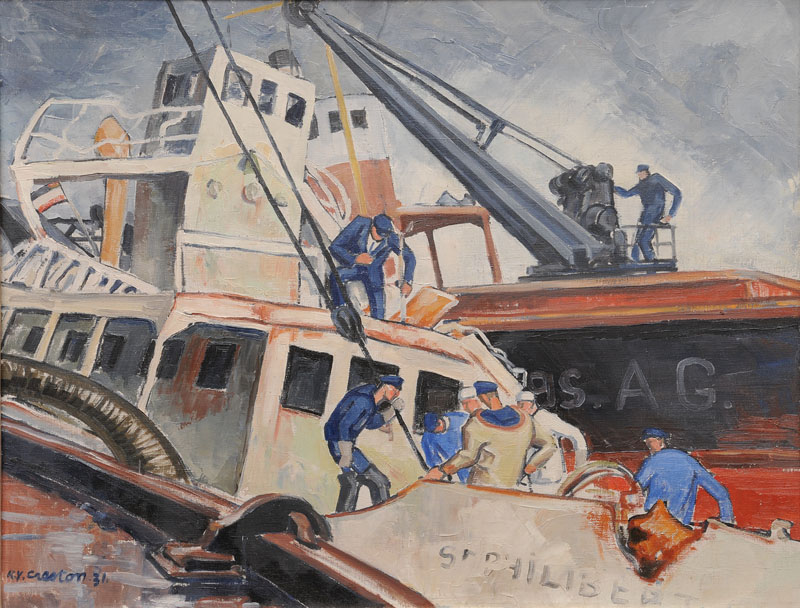 The St. Philibert and Crane in a Harbour

You would like to buy a work by René-Pierre Joseph Creston?

You would like to sell a work by René-Pierre Joseph Creston?