Important landscape painter from the famous dynasty of painters. K. was initially taught painting by his father, 1825-28 he studied at the Amsterdam academy with a scholarship. In 1841 he founded a drawing academy in Kleve. K. was one of the most successful a. most expensive landscape painters of his time. He was decorated by several states a. won awards of many exhibitions, also he was member of the Amsterdam a. St. Petersburg academies. Mus.: Amsterdam (Rijksmuseum), New York (Metrop. Mus.), Berlin (Nat.-Gal.), Cologne (Wallraf-Richartz-Mus.), Chicago (Art Inistitute), Rotterdam (Mus. Boymans-van Beuningen), Antwerp, Bremen, Dordrecht a. others. Lit.: Thieme-Becker, Bénézit, Scheen a. others. 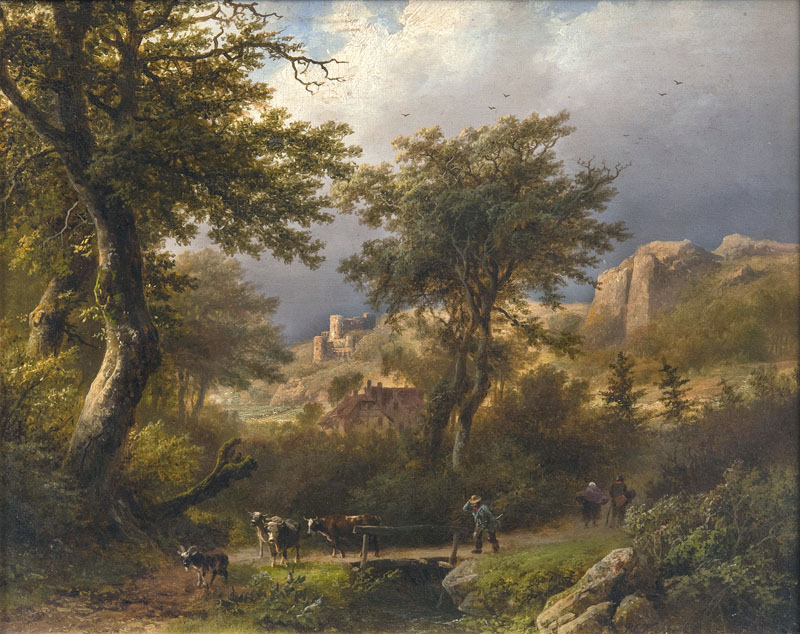 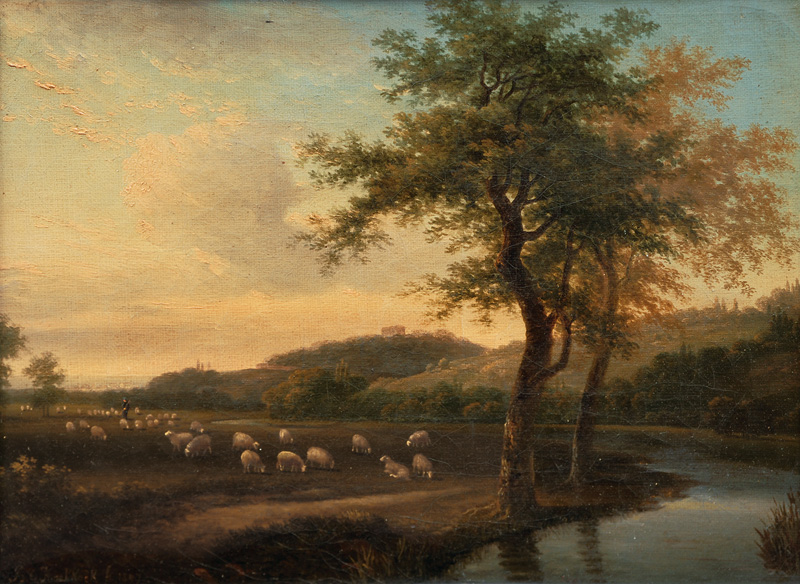 Sheep in a River Landscape 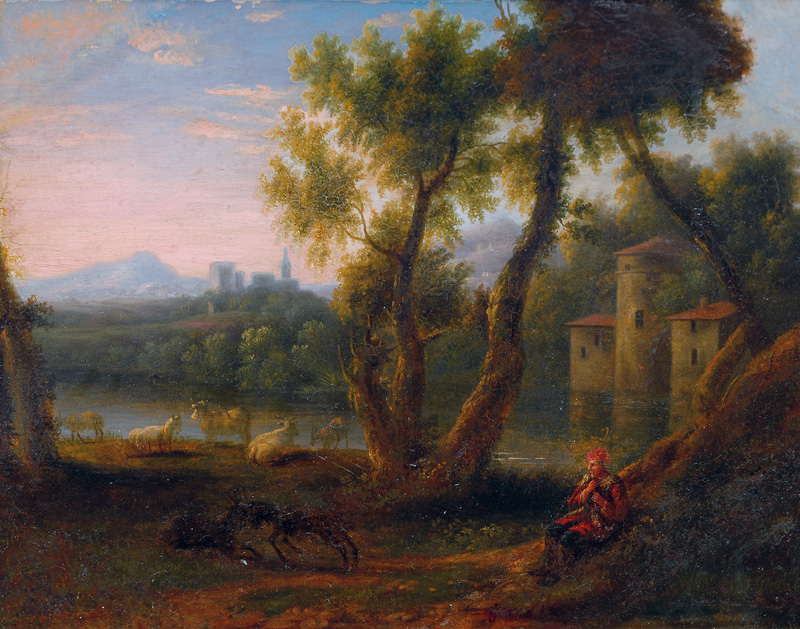 You would like to buy a work by Barend Cornelis Koekkoek?

You would like to sell a work by Barend Cornelis Koekkoek?